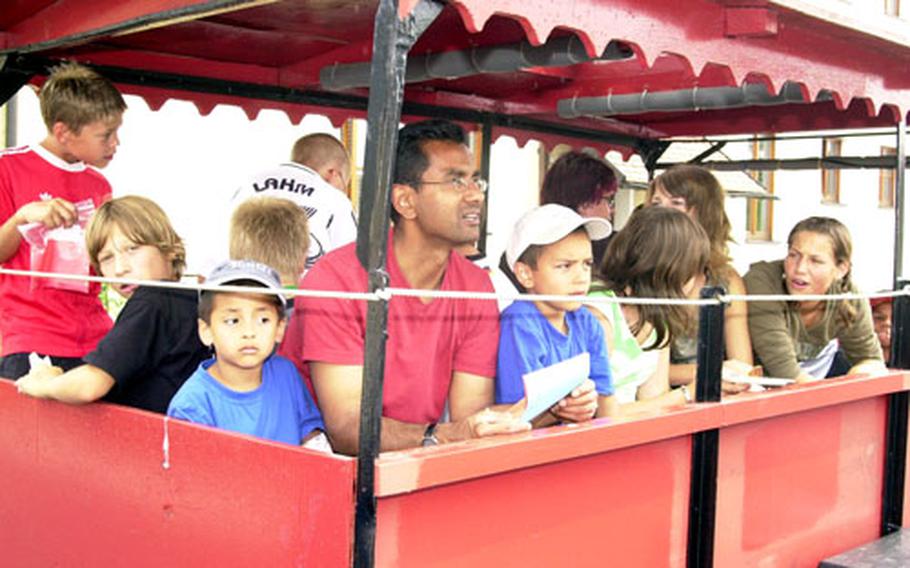 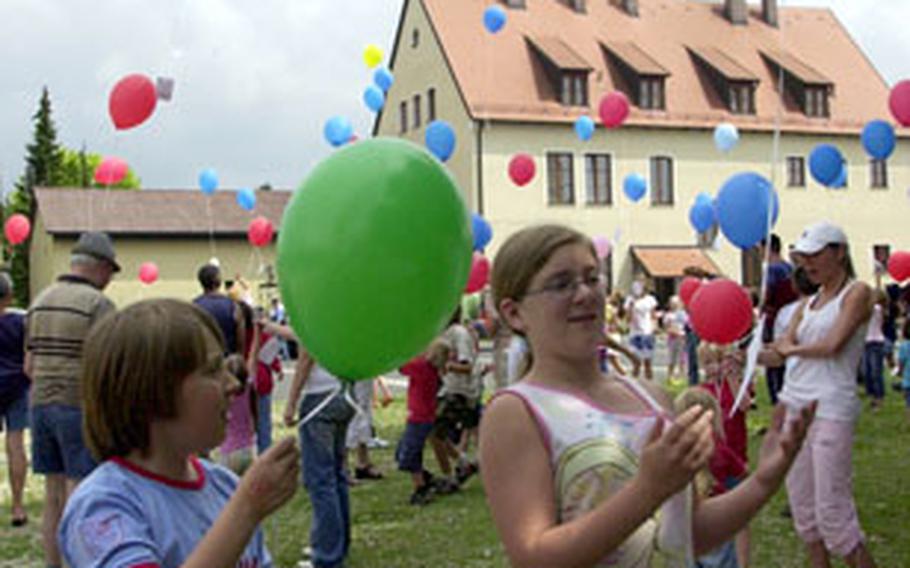 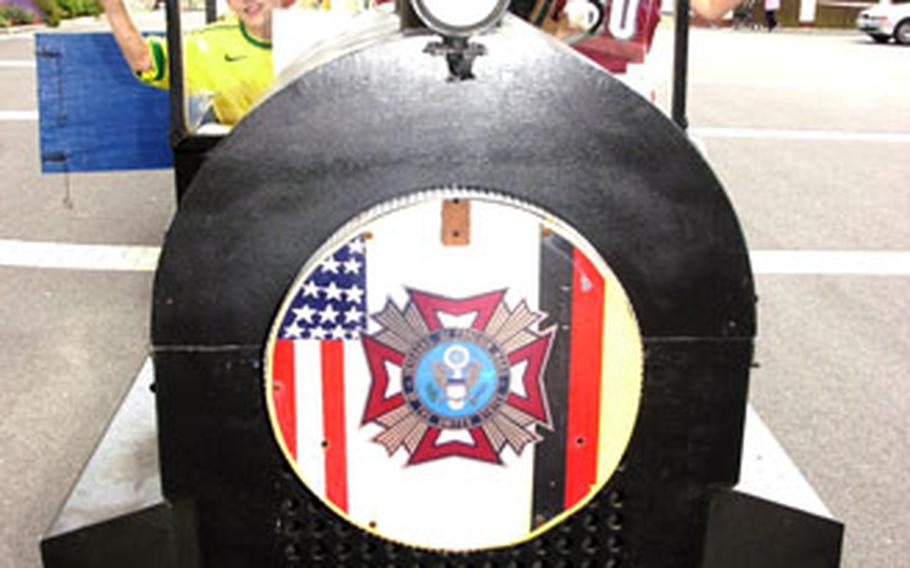 Robert Wallace, left, 13, and Tyler Ray, 11, who arrived in Germany recently with parents from the 2nd Cavalry (Stryker) Regiment, ride the train at a Youth 2 Youth kids’ festival in Sorghof, Germany, on Saturday. (Seth Robson / S&S) 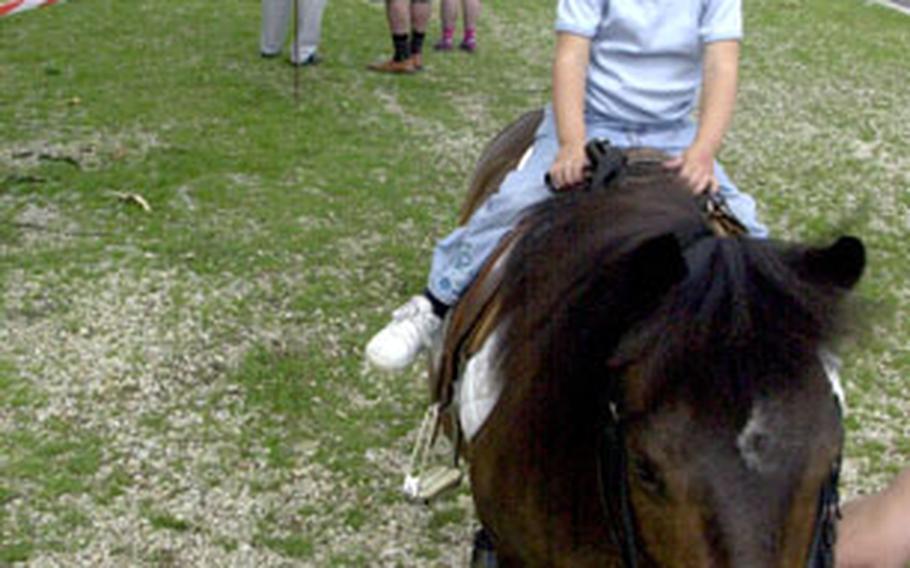 VILSECK, Germany &#8212; Children arriving here with the 2nd Cavalry (Stryker) Regiment are getting to know their German neighbors at a series of festivals in nearby military communities this summer.

More than 200 German and American children threw horseshoes; jumped on a bouncy castle; took pony, carriage and train rides; got their faces painted; released balloons; and sampled hot dogs, hamburgers and sodas on a sunny afternoon outside Sorghof&#8217;s church.

Sorghof Veterans of Foreign Wars commander James Dicks, who helped run the event, said most of the American kids attending were children of members of the 2nd Cavalry (Stryker) Regiment, which started to arrive here last month.

&#8220;This event gets the kids together so they know the neighbor&#8217;s kids and hopefully they will continue to play with each other afterwards,&#8221; said Stubenvoll, president of the German army&#8217;s Sorghof Soldiers and Veterans Association.

So far, several hundred Stryker kids have arrived in Vilseck and eventually about 1,000 children of soldiers from the unit will be in Germany, he said.

&#8220;This is a great opportunity for American kids and German kids to get together and share an experience. Play is the common language of children and to have the opportunity to play together and make friends in their new home is tremendous,&#8221; he said.

Nate played soccer for two years at Fort Lewis, Wash., and will be playing soccer on post, Denny said.

Karin said her son was apprehensive about coming to Germany.

Jeremiah Fergusson, 10, who arrived at Vilseck recently with his dad, 2nd Cav soldier Spc. Jesse Fergusson, said he was learning about German culture.

Jesse said he had acquired some German Yu-Gi-Oh! cards and was eager to swap them with German kids.

One of the German children attending the fest, Renner Christian, 11, said the main differences between German and American children are the games they play.

He said Americans play other sports such as basketball, American football and skateboarding.

Renner, who attends Amberg Gymnasium, said it was easy to beat American kids at soccer.

Grafenw&#246;hr Garrison&#8217;s Youth Services Youth 2 Youth coordinator, Maxine Maloney, said the Sorghof event would be followed by kids festivals at Auerbach on Thursday and Grafenw&#246;hr, Vilseck and Kaltenbrunn next month.