New stealth bomber has a number but not a name 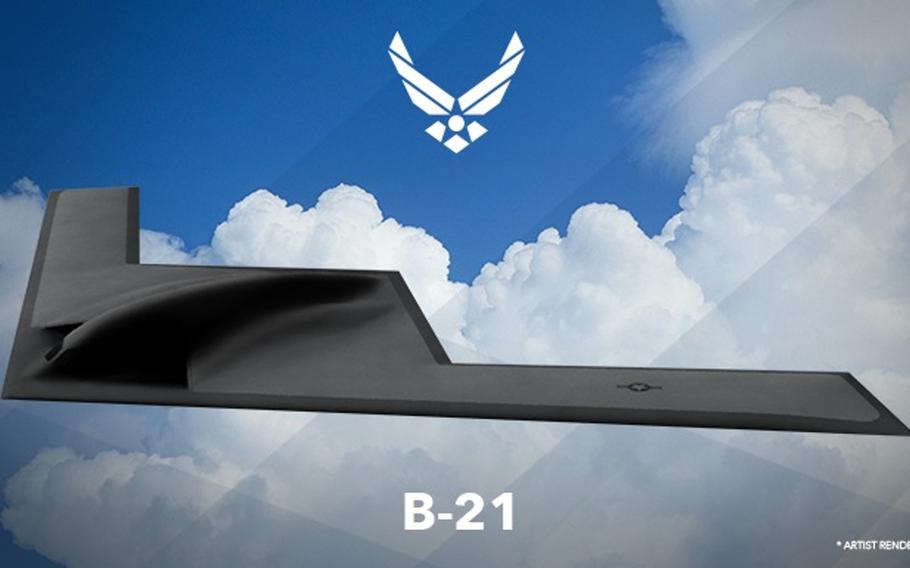 Air Force Secretary Deborah Lee James on Friday revealed a prototype illustration of the service’s next generation stealth bomber — designated the B-21 — at the Air Force Association’s Air Warfare Symposium. Not many details were shared about the highly secretive Long Range Strike Bomber, but James said there’s one feature the Air Force community at large will have a part in determining.

“So we have an image, we have a designation, but … we don’t yet have a name,” James said at the conference, held last week in Orlando, Fla.

James challenged active-duty, National Guard and Reserve servicemembers, as well as Air Force civilians and family members, “to give us your best suggestions for a name for … America’s newest bomber.”

“This aircraft represents the future” for our airmen, “and (their) voice is important to this process,” she said.

The Air Force will announce details on how to submit ideas soon, officials said.

The person who submits the selected name will help James announce it at the Air Force Association conference in the fall, James said.

The artistic rendering of the bomber is based on an initial design concept. There are no existing prototypes of the aircraft yet, Air Force officials said. The B-21 designation recognizes the aircraft as the first bomber of the 21st century.

James’ unveiling follows years of intense speculation about what the next-generation bomber would look like. The program was announced in 2008.

Air Force officials have said the new bombers, which will be equipped to operate in the most heavily defended environments thanks to a combination of stealth, propulsion and other classified advantages, and will be able to deliver a nuclear warhead or other munition anywhere in the world.