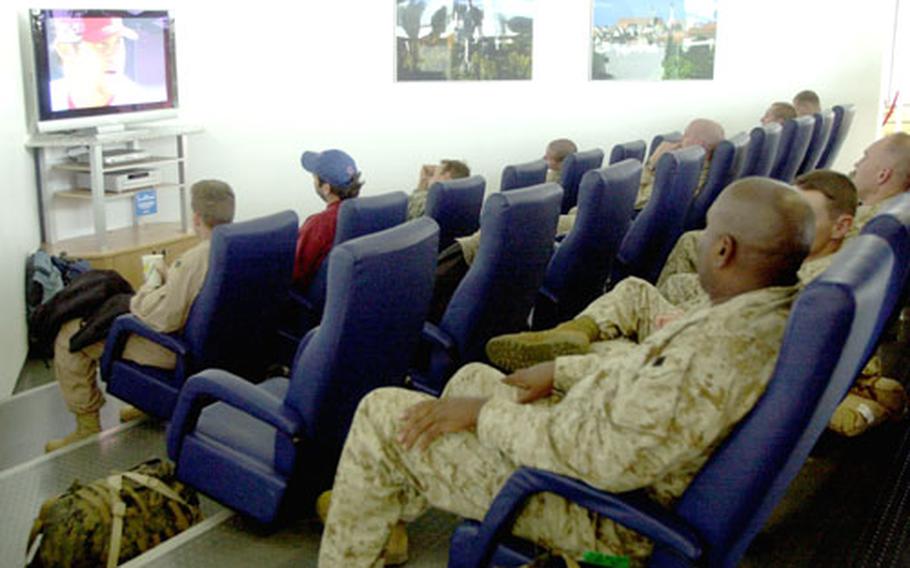 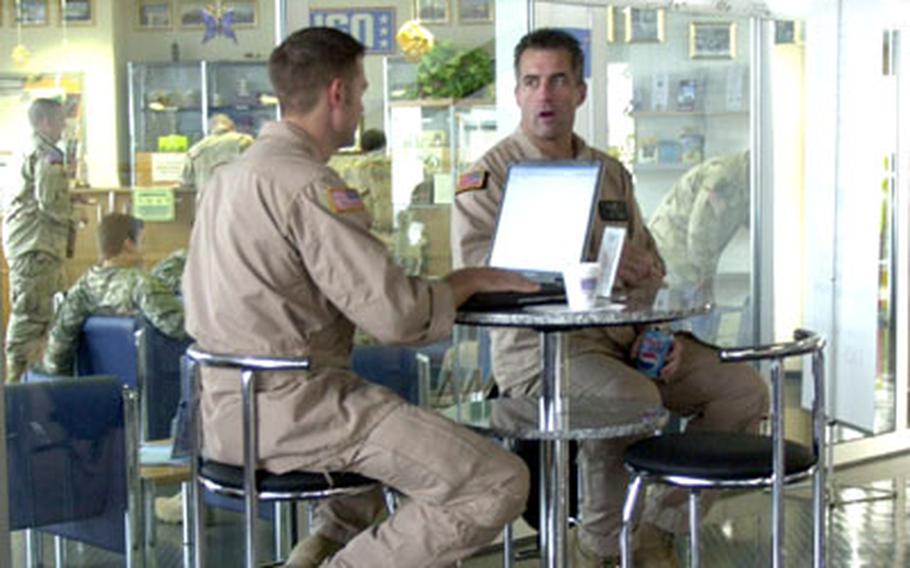 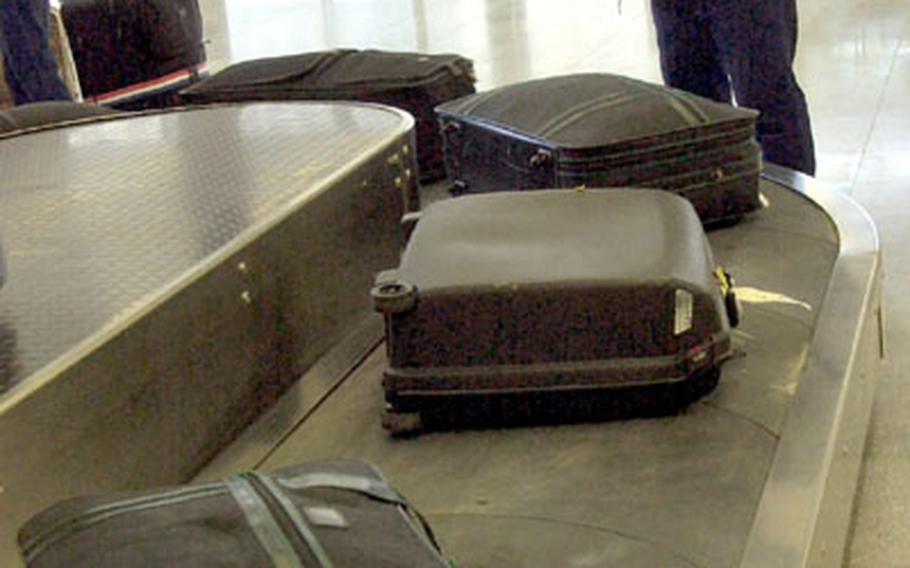 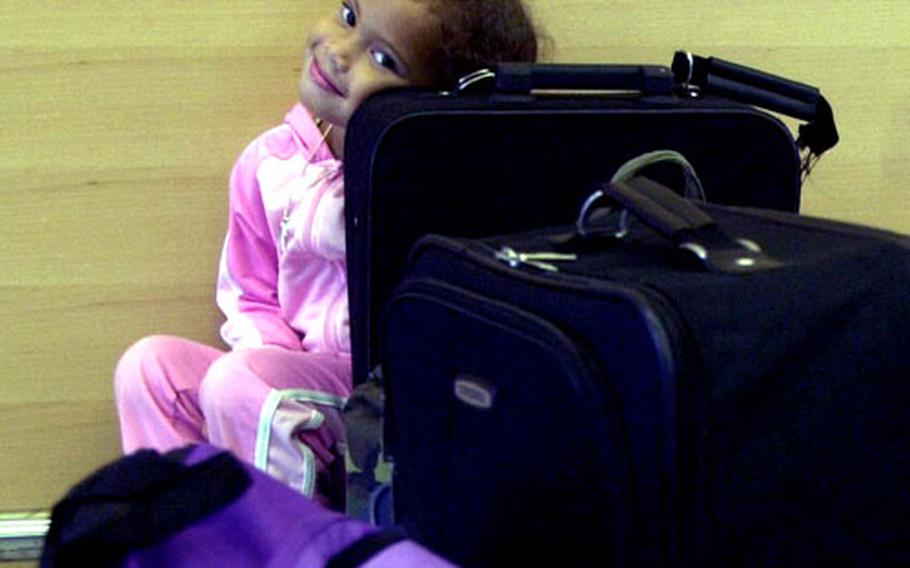 Soldiers walk down one of the corridors in the new Ramstein Air Base, Germany, passenger terminal on Thursday. The expanded terminal has seen a spike in traffic with the upcoming closure of Rhein-Main Air Base. (Scott Schonauer / S&S)

The reason: The first word visitors say when they walk through the modern, all-glass building with its wireless Internet hot spots, small theater and panoramic views of the flight line is, &#8220;Wow.&#8221;

Although construction on the terminal&#8217;s expansion isn&#8217;t finished, the new wing is already receiving passengers and many more are to come with this year&#8217;s closure of Rhein-Main Air Base near Frankfurt.

The expanded terminal is smaller than many at busy commercial airports, but it has many of the amenities that some top terminals do not.

The most popular area is the United Service Organizations&#8217; expanded lounge, where troops heading to or from the Middle East can relax or nap in a &#8220;quiet area,&#8221; sip cappuccino at the baggage claim&#8217;s bistro or watch a movie in theater-style seating.

The terminal&#8217;s two-story triangular main lobby, which designers borrowed from the shape of a stealth fighter, opened in 2002.

The Air Force has since added a wing to accommodate the spike in passengers.

Due to construction delays, some parts of the expansion are still in the works and passengers must briefly walk outside to reach the new wing.

Two new gates are open for business, while a third will be done by the end of the year. The final phase, which will connect the baggage claim area, a new VIP lounge and gate-waiting areas will be finished in February, Derrick said.