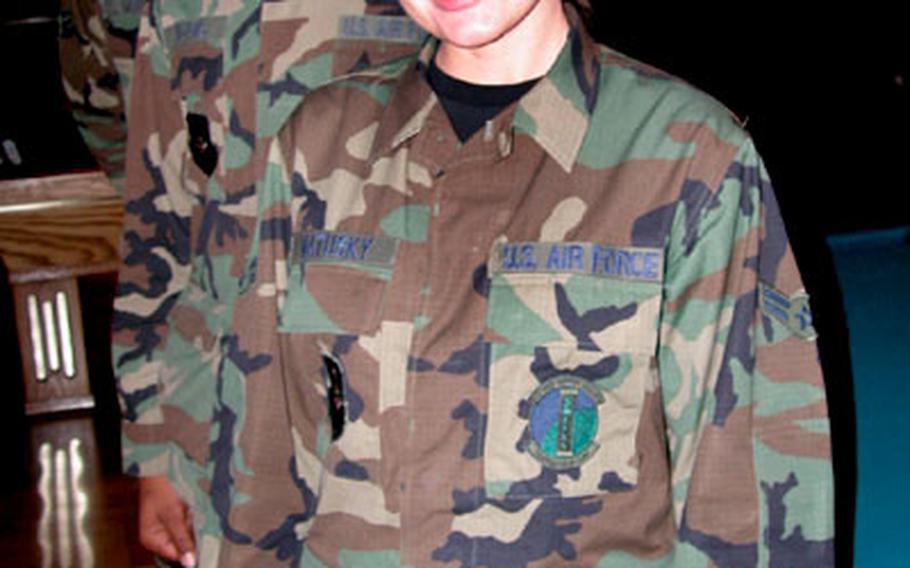 Airmen 1st Class Andrea Matusky, foreground; Rodney Williams, center; and Scott Morin, of the 52nd Fighter Wing are members of Just Airmen, a group that helped design The Brickhouse game center. The Brickhouse is being used as a model for future game centers at U.S. Air Force bases throughout Europe. (Charlie Coon / S&S)

Airmen 1st Class Andrea Matusky, foreground; Rodney Williams, center; and Scott Morin, of the 52nd Fighter Wing are members of Just Airmen, a group that helped design The Brickhouse game center. The Brickhouse is being used as a model for future game centers at U.S. Air Force bases throughout Europe. (Charlie Coon / S&S) 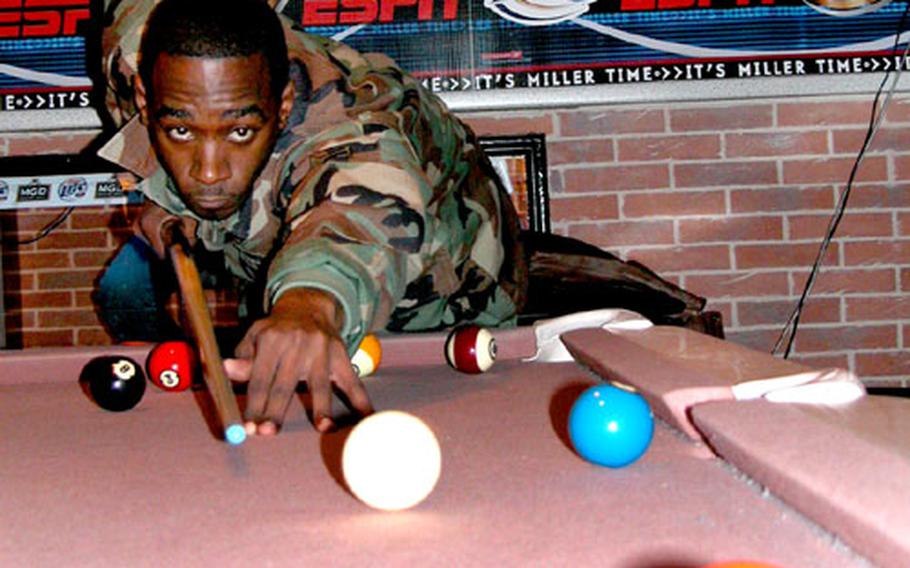 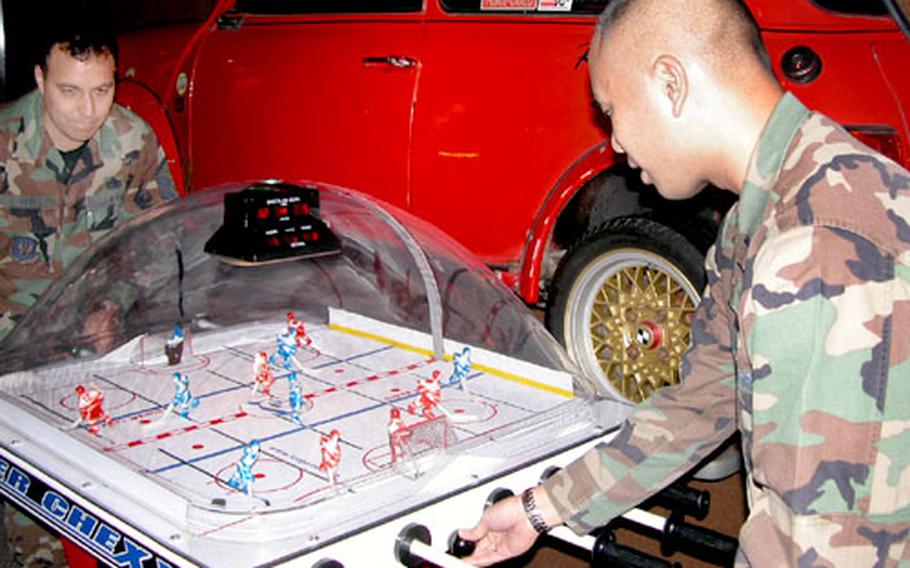 SPANGDAHLEM AIR BASE, Germany &#8212; Two airmen who&#8217;d lived at Spangdahlem for more than a year just met over a game of pool ... in the Brickhouse.

The Brickhouse is a new game center built by airmen at Spangdahlem. It has big-screen TVs, foosball tables, music and lots of Internet video games. You can buy a cold beer but don&#8217;t have to. It&#8217;s free to hang out.

The airmen did such a good job that the honchos at U.S. Air Forces in Europe decided similar game centers will be standard next year. That&#8217;s the plan, anyway.

Smith-Nethercott said small groups from Europe&#8217;s major bases are coming to Spangdahlem on Friday to see how the airmen did it. Then they&#8217;re heading back to their bases to come up with their own plans.

The Spangdahlem crew, led by members of Just Airmen, known as JAM, were given the job in January by Col. Stephen Mueller, commander of the 52nd Fighter Wing.

The base received $500,000 for winning the 2003 Commander in Chief&#8217;s Installation of Excellence Award. Mueller needed to spend some of the dough.

He said his predecessor, Col. Gregory Ihde, took a walk on base one night and noticed that Spangdahlem was a nice place to take a walk. That was about it.

The airmen found an underused building that was just right &#8212; a former ballroom located near the dorms and next to the food court, Internet cafe and Cinnabon. They drew up plans.

A few pool tables and a big-screen TV wouldn&#8217;t cut it, according to Eddy Mentzer, chief of family member support for the 52nd Services Squadron.

JAM members organized people to clean and paint. They assembled 80 little black chairs and six pool tables. They bolted TVs to the wall and ran wires.

The base bought some Xbox video-game equipment from Microsoft, so now an airman in Spangdahlem can go video-racing against his brother in New York City.

Microsoft liked the idea so much it gave Spangdahlem $30,000 of additional equipment.

The Brickhouse is like the ESPNZone and Jillian&#8217;s stores in the States. The airmen at Spangdahlem designed their own place. If plans pan out, airmen at other USAFE bases will be asked to do the same next year.

Airman 1st Class Anthony Robertson and Loston were shooting pool together last week. If it weren&#8217;t for The Brickhouse, they might have been sitting in their rooms.