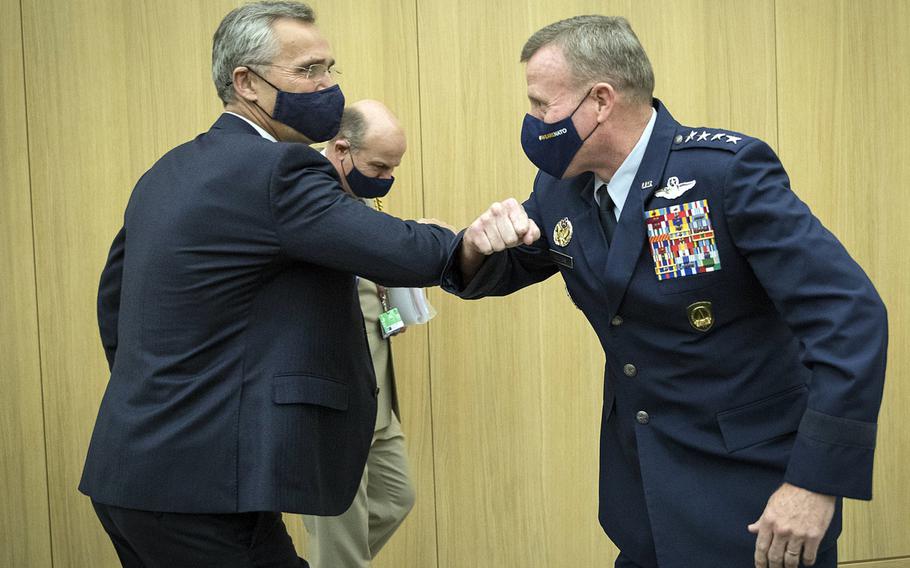 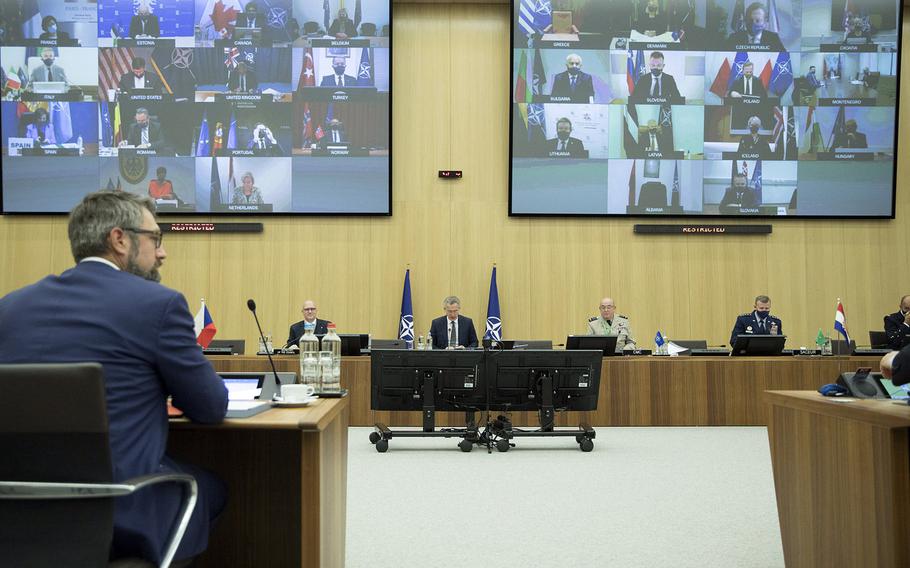 The North Atlantic Council meets with NATO defense ministers via teleconference on Oct. 22, 2020, at the alliance's headquarters in Brussels, Belgium. (NATO)

NATO defense ministers officially agreed Thursday to launch a new space center at Ramstein Air Base, where more personnel will likely be added as allies seek to better protect military assets in orbit and elsewhere.

“The challenge is serious and growing,” Stoltenberg said, adding that the new center will build upon capabilities already in place at the NATO air command headquarters. It’s not clear how many personnel will be added to the growing mission, but the numbers are expected to increase as the mission develops.

Space operations have taken on greater importance for the U.S., which is concerned about the ability of Russia and China to jam GPS communication satellites or use ground-based missiles that can intercept and destroy satellites.

Meanwhile, there are other vulnerabilities that have allies concerned, including those of undersea cable networks. Military officials have in recent years noted increased Russian undersea activity and raised the possibility that Moscow could seek to damage cable networks in a potential conflict.

“I think it is important to address this,” Stoltenberg said.

The array of cables are privately owned, but their locations are publicly known, which “makes them potentially vulnerable,” Stoltenberg said.