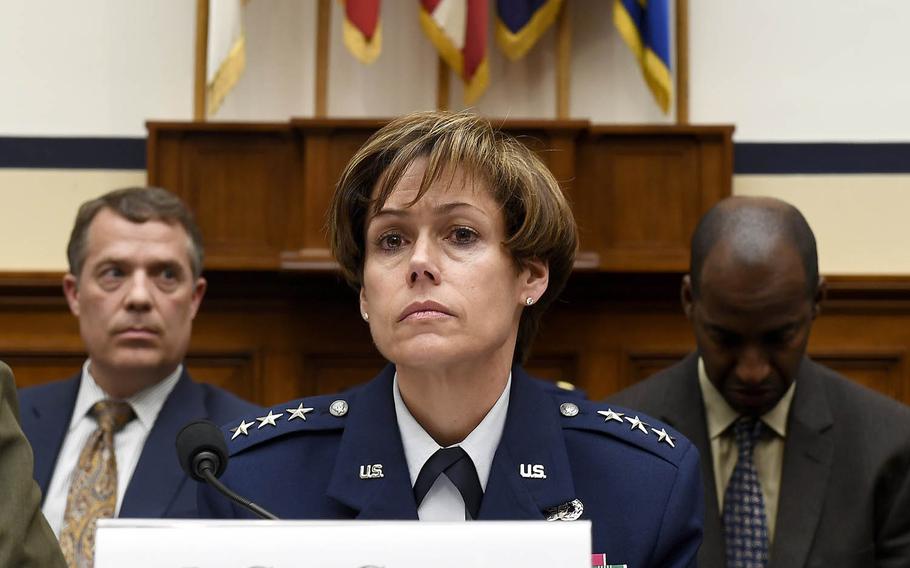 Airmen also should not post information that would infringe on the proprietary, privacy or personal rights of others and should not disguise, impersonate or otherwise misrepresent their identity or affiliation with any other person or identity online, the rules say.

The rules have received mixed reaction among those interested in Air Force issues.

Soon after the rules were updated, people began mocking them on an unofficial, Air Force-related Reddit page.

“I was about to write some defamatory, libelous, vulgar, obscene, abusive, profane, threatening, hateful, racially, ethnically, or otherwise offensive or illegal information or material in response to this, but then I read your post and found out I’m not allowed to,” one user wrote.

The update came after Marine Corps Commandant Gen. Robert Neller was grilled earlier this month by the Senate Armed Service Committee, over others' sharing of nude photographs of female Marines on a secret Facebook group called Marines United.

The Air Force did not immediately respond to Stars and Stripes questions about the rules.

However, the instruction says the service views personal websites and blogs positively and respects the rights of airmen to use them as a medium of self-expression.

Airman 1st Class Alex Tolbert, 24, of Oklahoma City, who was shopping Thursday at Yokota Air Base, Japan, said he’d heard about the new guidelines but wasn’t too concerned.

“I don’t get on social media a lot, but whatever you put on there portrays your character,” he said.

Airmen should use their best judgment when posting online, says the instruction, which adds “there are always consequences to what is written.”

Airmen who are about to post something questionable or that may reflect negatively on the Air Force should review the rules and other guidance thoroughly, and are encouraged to discuss the proposed post with their supervisor or public affairs office, the instruction said.

“Ultimately, however, airmen are solely responsible for what they post,” it said.