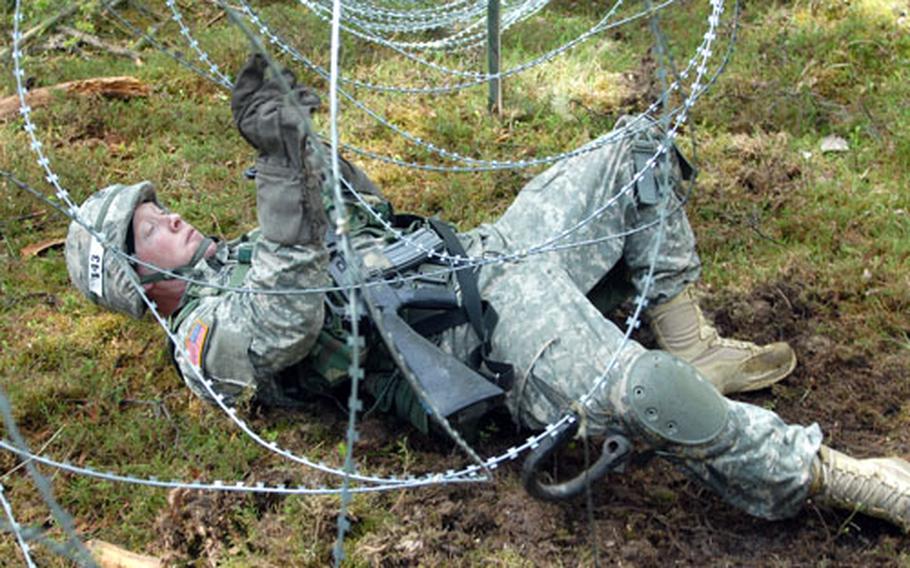 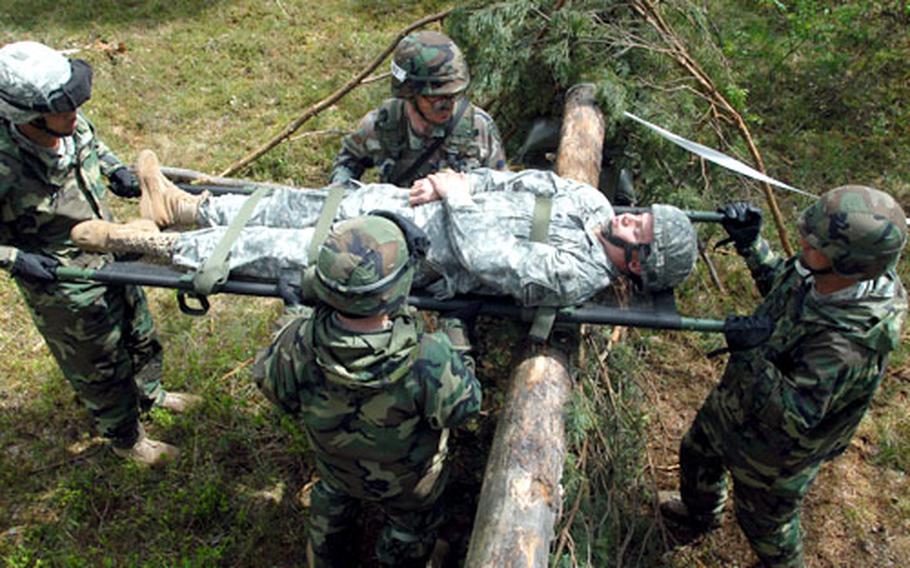 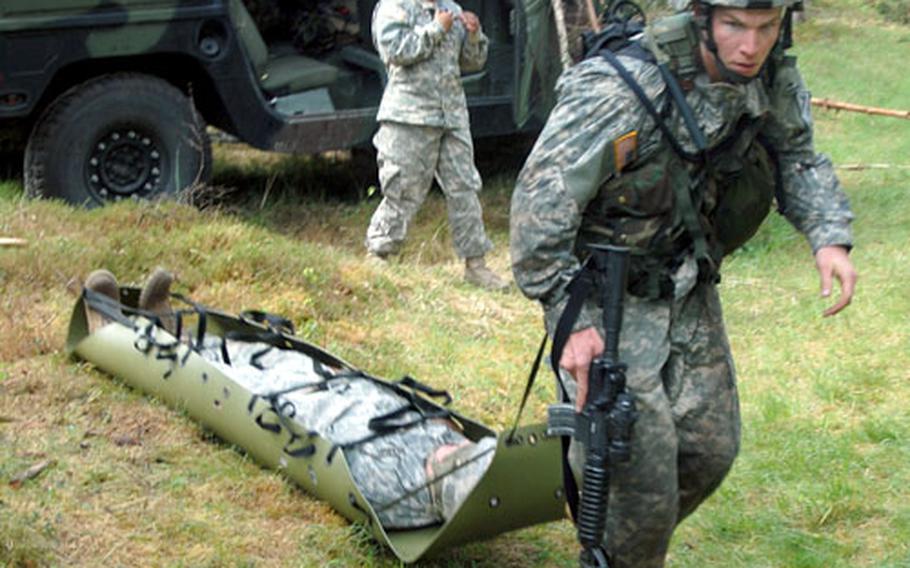 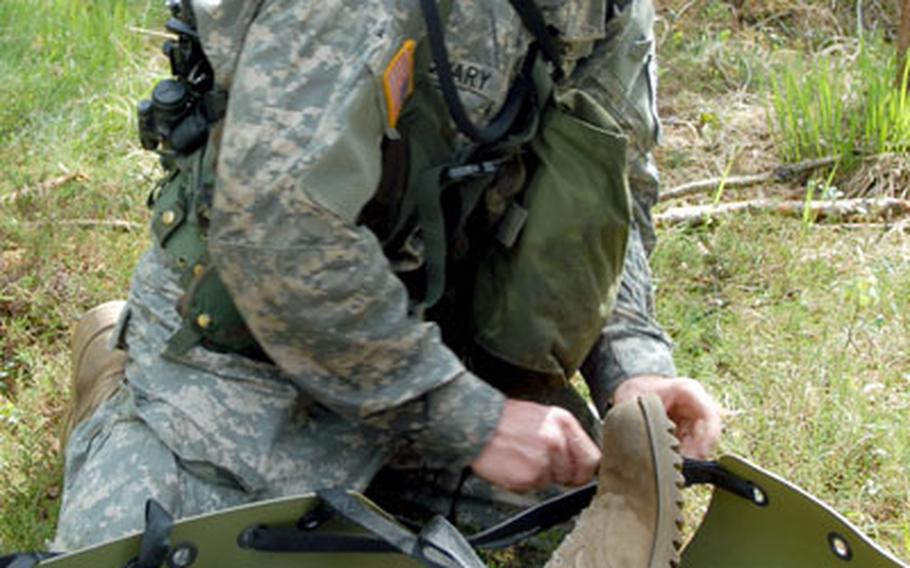 Medical personnel, including doctors, physician&#239;&#191;&#189;s assistants, medics, dentists and medical logisticians from throughout Europe, are at Grafenw&#239;&#191;&#189;hr Training Area this week attempting to earn the badge.

Known as an EFMB, it marks the wearer as among the elite in his or her career field.

Test board member Sgt. Maj. Rene Myers of the 30th Medical Brigade said 269 candidates started testing Sunday. By Tuesday just 75 were left. In recent years fewer than one in 10 candidates have earned the badge, she said.

Myers, who earned her badge 21 years ago, said the Army recently updated testing for the badge to place more emphasis on skills such as casualty evacuation and tactical combat care.

In Iraq from 2005 to 2007, the survival rate for battlefield injuries was 95 percent, Myers said.

The testing&#239;&#191;&#189;s emphasis on evacuation procedures reflects the fact that a wounded soldier&#239;&#191;&#189;s chance of survival improves drastically if he or she is evacuated within an hour of being wounded, she said.

During testing, teams load casualties into a Humvee, a field litter ambulance, a 5-ton truck and a Stryker armored personnel carrier.

The hardest part of the testing, in Myers&#239;&#191;&#189; opinion, is the combat lane where candidates must perform 17 tasks ranging from initial care to evacuating a casualty. There&#239;&#191;&#189;s also testing for more definitive care, such as applying hemostatic dressings that employ chemicals to promote blood clots as well as inserting needles to drain fluids from the chest cavity.

The warrior skills lane tests areas such as weapons proficiency, protection from direct and indirect fire and dealing with unexploded ordnance and chemical, biological, radiological and nuclear threats, Myers said.

On Tuesday, Staff Sgt. Diana Darrell, 27, graded candidates as they helped carry a litter over an obstacle course and called for transport to evacuate casualties.

The Athens, Ala., native earned her EFMB in South Korea in 2003 before moving to Heidelberg Medical Activity. She said candidates appear to have the most difficulty with the &#239;&#191;&#189;nine-line&#239;&#191;&#189; medevac request portion of the testing, which requires them to prioritize casualties and execute a complicated series of radio commands to call for a medevac in less than five minutes.

The 30-year-old member of 3rd Squadron, 2nd Cavalry (Stryker) Regiment said he trained for a week before the testing.

Testing will continue until Friday when the successful candidates will be awarded their badges.