New Sasebo commanding officer wants troops to get out and about 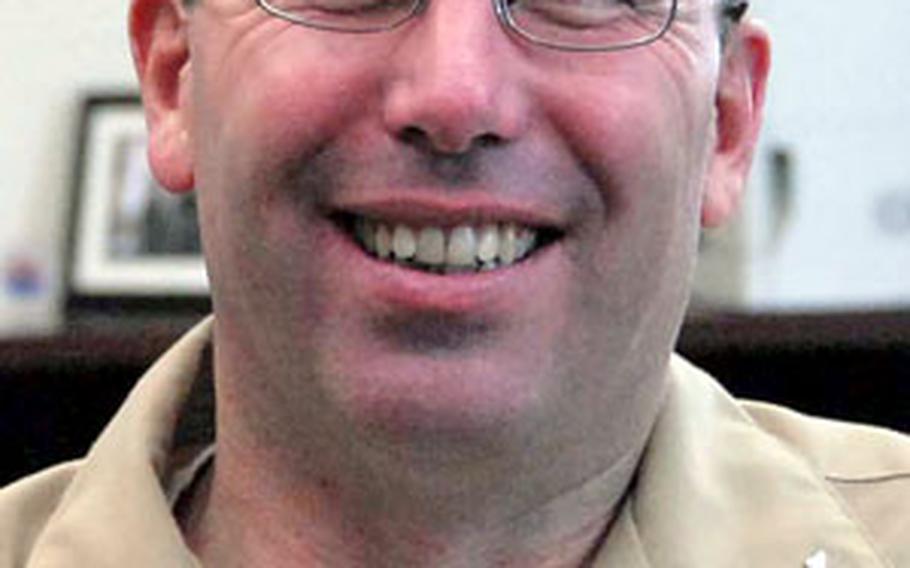 SASEBO NAVAL BASE, Japan &#8212; At the edge of the Arita dam, about 12 miles outside Sasebo city, there&#8217;s a restaurant that specializes in koi, and its dining rooms offer the gentle bubbling of an indoor waterfall.

Martin, who took command in April, said he is determined to get more sailors off base to experience authentic Japanese culture &#8212; not just Sasebo&#8217;s downtown bars and restaurants &#8212; by adding more options and funding to base Morale, Welfare and Recreation programs.

Meanwhile, the Hario housing area is badly in need of more food service choices and will get a new eating establishment in the food court by next year. In coming years, a new restaurant will be put in Hario, Martin said.

Martin spoke with Stars and Stripes last week about his impressions of Sasebo and plans for the base.

To prove he&#8217;s serious about liberty time, he said he plans to pump money into MWR programs to offer sailors lower trip costs and more options on day trips as close as Arita and weekend trips as far as Mount Fuji.

"I am pushing hard to say that is where I want investments made because you come back with a whole new feeling of what it&#8217;s like to be in Japan," Martin said.

The trip to Mount Fuji will be offered for under $100, he said.

Also, fewer trips will be canceled if participation is lower than expected, Martin said.

If a trip required 12 people, and only 11 showed up, the trip was canceled, he explained.

"I don&#8217;t want trips to be canceled. I want them to be executed as long as there is realistic [number of participants]," Martin said.

Nagasaki, the base&#8217;s No. 1 cultural trip, will be offered for $10, down from $30, said Dennis Lebling, the fleet recreation coordinator.

More subsidies will reduce the cost for Tokyo Disney, Universal Studios, Kyoto and other upcoming trips. MWR is also putting together trips to baseball game this summer, he said.

Martin said families at Hario also need to be taken care of, and a food service gap is one of the biggest issues.

"We have 350 families out there and one food court with one outside table," he said.

A new place to eat will be built either beside the Hario Cantina or in the food court by next year, Martin said.

The Navy Exchange "is looking at putting a Subway out in the food court to improve the quality of sandwiches that are being delivered," Martin said.

Planning is under way for a facility that could look similar to the Bayside Food Court or the Harbor View Club on main base, Martin said.