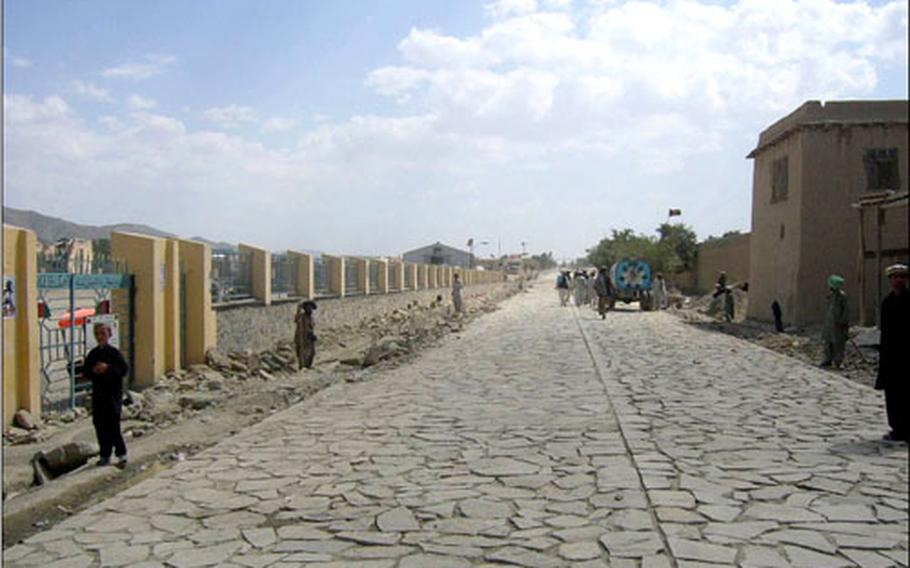 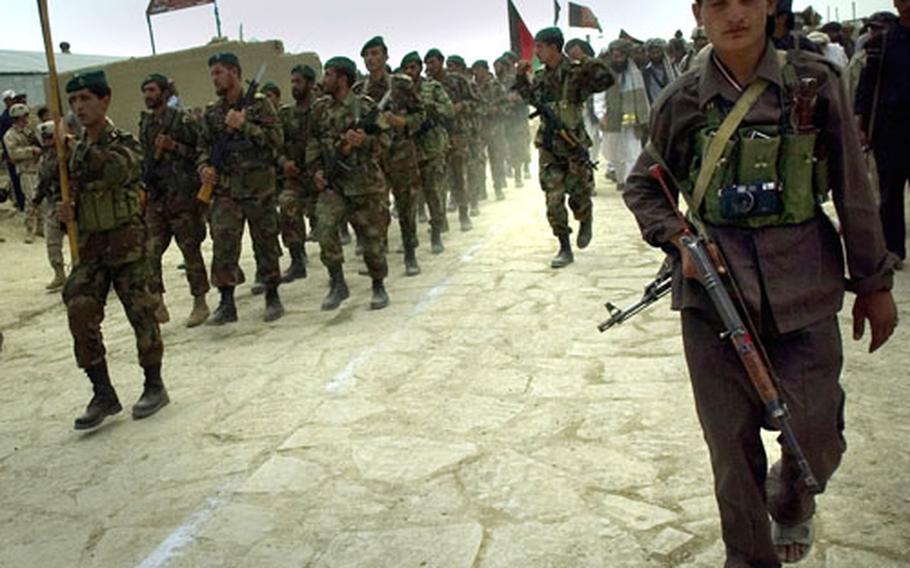 The first paved road in Paktika province, an impoverished area that has seen its share of violence in post-Taliban Afghanistan, was officially opened over the weekend with a parade of Afghan soldiers and citizens.

The road runs from an archway built near the entrance of the town of Orgun-E, with U.S. officials saying the construction project serves as a &#8220;visible symbol of the improving quality of life and infrastructure&#8221; in the province.

&#8220;What makes this road special is the fact that it was built by the sweat and hard labor of proud Afghan workers,&#8221; Col. Patrick Donahue, 1st Battalion, 82nd Airborne commander, said in a military release.

Donahue attended the opening ceremony with Lt. Col. Timothy McGuire, 1st Battalion, 508th Airborne commander. The two units have been responsible for security in the region. Orgun-E lies along Afghanistan&#8217;s porous mountain border with Pakistan; U.S. and Afghan officials have long said Taliban and other fighters have sought refuge in the area straddling the border.

U.S. officials said that, in the short term, the road would help Afghans near Orgun-E get to polling sites. In the long run, they said, improved roads will help jump-start Afghan commerce and improve the ability of local security forces to patrol the area.

The road project, which cost $200,000, put around 100 Afghan laborers to work for three months, officials said.