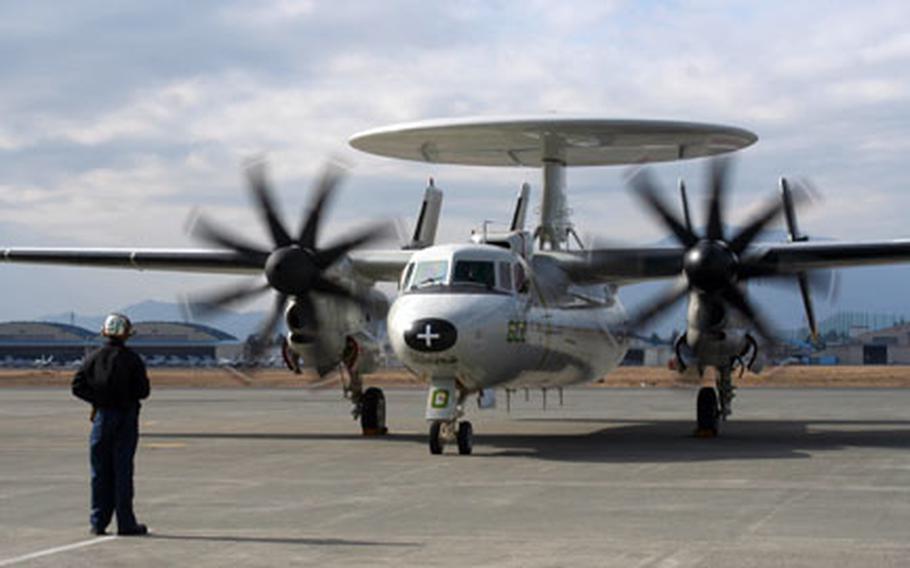 The E-2C Hawkeye airplanes at Naval Air Facility Atsugi are going from four-blade to eight-blade propellers this year, a move meant to provide better performance and less maintenance in years to come, according to Lt. Bryan Clower, assistant for operations for VAW-115.

The installation and premier flight for the first of five planes was Friday, and the test flight went well, Clower said.

The new equipment costs $90,000 to $100,000 per plane, Clower said. The change will mean more thrust for the aircraft and less vibration, which should mean less maintenance, he said.