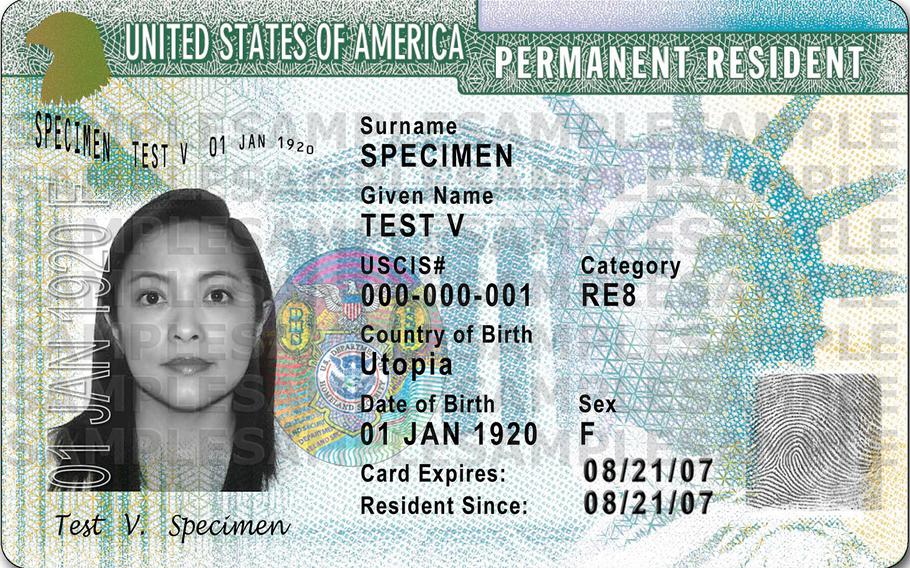 YOKOSUKA NAVAL BASE, Japan — Military and U.S. Embassy officials have announced changes to the immigrant visa process for foreign family members of servicemembers stationed overseas, reducing wait times from about a year to one to two months.

Overseas servicemembers with non-U.S. citizen family members and permanent change of station orders may now submit an I-130 immigrant visa petition directly to a U.S. Embassy or consulate general. The petition is the first step to getting a “green card,” which allows an immigrant to live and work in the United States.

In the past, servicemembers had to submit their petition to a central U.S. Citizenship and Immigration Services facility in Chicago. USCIS then would send it to a regional office for approval, which could take up to a year. This created a problem for servicemembers expected to transfer back to the U.S. in a few months, said Lt. Joshua Root, an attorney with Region Legal Service Office Japan.

With the recent changes, officials expect the process to take only one or two months.

The changes came after U.S. Ambassador to Japan Caroline Kennedy and Lt. Gen. Sam Angelella, then-U.S. Forces Japan commander, asked USCIS to allow Japan-based servicemembers to apply directly at the U.S. Embassy, Root said. The request was granted and extended to cover all servicemembers stationed in any overseas location where USCIS does not have a presence.

To begin the process, servicemembers must email the embassy directly and include the full legal names and dates of birth for both petitioner and beneficiary, along with proof of the petitioner’s active-duty status. Once the embassy receives that information, an appointment will be scheduled for the servicemember to formally submit the petition at the embassy.