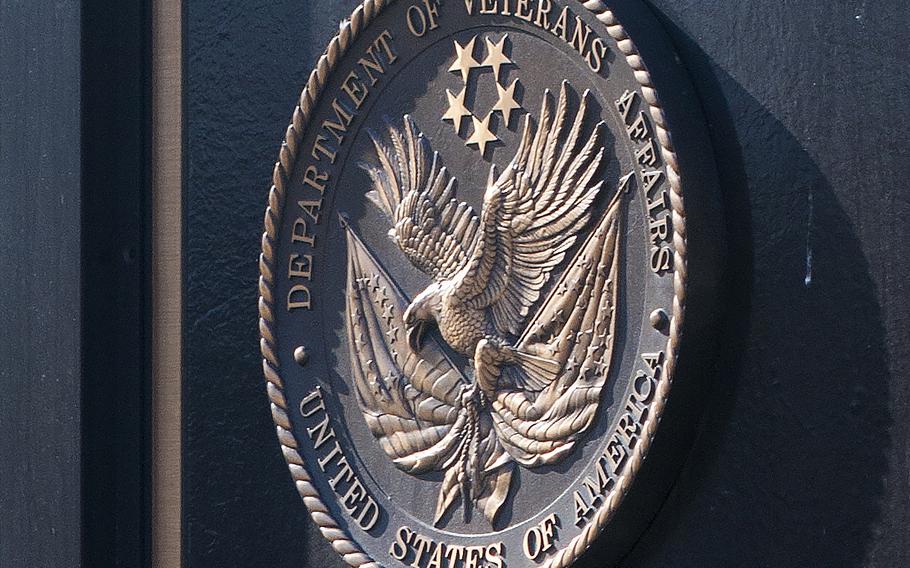 Buy Photo
The Department of Veterans Affairs decal is seen outside the VA's headquarters in Washington, D.C. (Carlos Bongioanni/Stars and Stripes)

WASHINGTON — With too many wounded servicemembers struggling to get timely and consistent mental health care at the Department of Veterans Affairs, the agency is looking outside its own walls to get them the help they need. Toward that goal, the VA is in talks to become involved formally in a unique network of private hospitals across the country that will offer free outpatient mental health care to thousands of veterans.

The Warrior Care Network was founded by the nonprofit Wounded Warrior Project with a $70 million grant. It will launch in early 2016 at four major medical centers to diagnose, rehabilitate and design modes of care for suffering veterans. The clinicians will share their case studies and research to document best treatments for veterans from such mental wounds as mild traumatic brain injury and post-traumatic stress.

It could be “a game-changer for veterans,” said Jeremy Chwat, chief strategy officer at Wounded Warrior Project.

“The reason we pursued this, in large part, is that in findings year over year in our survey, warriors are struggling to access mental health care on a daily basis,” he said. “There’s a dearth of culturally competent clinicians to meet the need.”

Last week, a report by the Government Accountability Office found the VA remains inconsistent in giving veterans timely mental health care appointments and facilities are not tracking appointment wait times properly, so veterans sometimes wait far longer for appointments than the official records indicate. It’s the latest in a long chain of indicators that the VA simply cannot handle the demand on its services.

Chwat and others involved in the network said this could mark a new way forward to fill that gap. A VA spokesman said Friday the agency is close to signing an ageement with Wounded Warrior Project.

The network hospitals will offer two types of outpatient treatments for some 3,000 to 4,000 veterans each year. The first involves regular appointments with a therapist or doctor. The second is a more intensive two- or three-week treatment program in which veterans can be flown in from anywhere in the country and undergo a thorough examination, diagnosis and course of treatment, similar to what the military centers of excellence have been doing for active duty servicemembers. The veteran would be sent back home with a plan for continued care.

Involving the VA in the network would help veterans transition between the VA and private care and would allow for doctors in the network to write prescriptions that would be recognized at the VA, Chwat said. It also would mean veterans could seek the prescribed follow-on care at the VA.

Ensuring continued care is critical, and the VA will have to hold up its end, Chwat said.

“Making sure we have the follow-on treatment is crucial to the success and we are going to need the VA for that,” he said. “It is the piece of this that keeps me up at night.”

Participating in the network: Emory Healthcare’s Veterans Program in Atlanta, the Home Base Program at Massachusetts General in Boston, Operation Mend at UCLA Health in Los Angeles and the Road Home Program at Rush University Medical Center in Chicago.

The project is just one of the ways the VA is turning toward the private sector to help meet growing demand. Late last week, under legislative mandate, the agency presented a long-term plan to Congress to expand the Veterans Choice program that would allow more veterans to seek care privately. The plan is not immediate, and would require congressional approval and funding, but, if implemented, would ultimately give more VA patients access to private care.

The idea is to enhance partnerships between the VA and private providers, said Dr. David Shulkin, the VA’s undersecretary of health.

“Streamlining processes, finding greater efficiencies and enhancing the way VA partners with other federal agencies, academic affiliates and community providers will allow veterans to receive health benefits where and when they need them,” Shulkin said in a statement.

But while a federal program could take months or years to put in motion, the private Warrior Care Network was first announced in June and is slated to launch in 2016. WWP is contributing $15 million in three years to each of the institutions with a matching grant of $7.5 million from each hospital’s program.

With an additional $10 million, the charity brought in consultants from the accounting firm Ernst & Young to help create the infrastructure for the network to capture data and ensure that information is uniformly documented.

Dr. Barbara Rothbaum, director of the Trauma and Anxiety Recovery Program at Emory University School of Medicine, said creating these programs with four centers across the country that can study the results and learn from each other is an exciting model for “evidence-based” treatment for veterans.

Rothbaum, a professor in psychiatry and an expert on PTSD, said the center at Emory has seen strong results with a course of treatment known as prolonged imaginal exposure memory therapy in which a sufferer reviews the traumatic incident in full repeatedly until it no longer is haunting.

The network will depend a lot on cooperation with the VA system “and it should,” she said. “It has a lot to offer.”

Rothbaum said she was less concerned about the pitfalls of VA care, because her program taps into a lot of other networks where people can get help. For example, she said Emory was in talks with the YMCA to work with vets after they come out of the program, because the YMCA has locations all over the country. She also envisions training outside clinicians in the techniques of prolonged exposure.

“We are starting where we are, but we are looking to build a national network to give treatments that have been shown to work,” Rothbaum said.