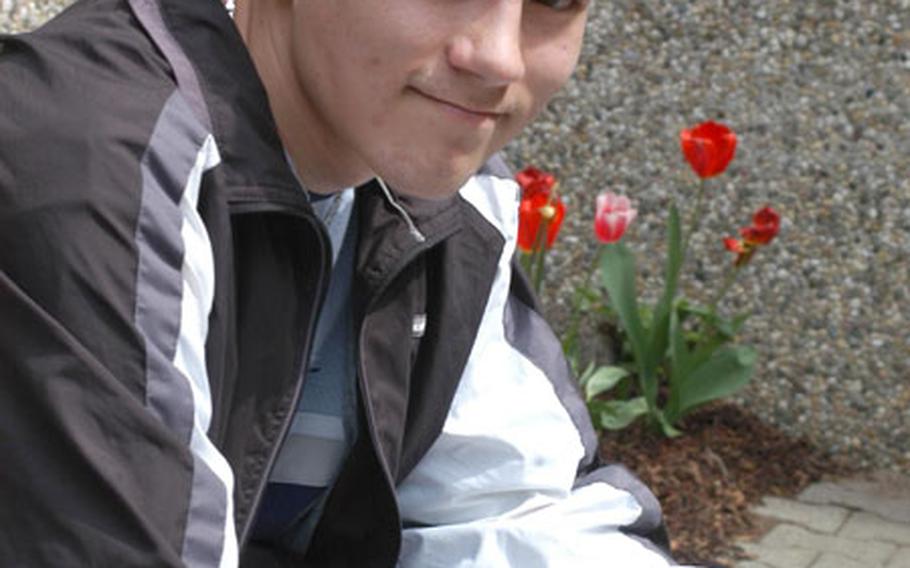 There&#8217;s the prom, homecoming games, class lunches and photos to look forward to. And, of course, Stephen, 16, desperately wants to graduate with his friends, some of whom he has known since grade school.

But, like many children of military parents, Stephen may not get his wish. His dad, Master Sgt. Jeff Fohrman, already has orders for a tour at Barksdale Air Force Base, La.

Father and son are hoping a new Air Force program may change that. So far, Fohrman is the only Air Force member in the Kaiserslautern area to apply for an extension under the new High School Seniors Assignment Deferment Program, according to Department of Defense Dependents Schools officials.

The program is open to all senior master sergeants and below and officers up to the rank of lieutenant colonel.

&#8220;It&#8217;s an additional boost to take care of people and those folks who have seniors in high school and make sure they stay with their classmates,&#8221; said Tech. Sgt. Alex Pitsiaeli, noncommissioned officer in charge of security forces, civil engineer and operations assignments for USAFE.

Fohrman, section chief at the 723rd Air Mobility Squadron, had already applied for an extension but it was denied. Then, his first sergeant told him about the deferment program.

Normally, airmen must apply for extensions about 13 months before their permanent change of station date and that&#8217;s the way the new policy works, too, Glasgow said. He said Fohrman&#8217;s request will be considered, but it would be considered an exception to the policy.

&#8220;Each request will be handled on a case-by-case basis. The Air Force goal is approving as many requests as possible. But mission needs come first,&#8221; Glasgow said.

Fohrman is keeping his fingers crossed just the same.

Fohrman, whose father was in the Army, said he remembers how tough it was moving from school to school. He hopes Stephen will get the chance he didn&#8217;t get to finish school with the kids he knows best.

The High School Seniors Assignment Deferment Program allows Air Force members to apply for a one-year assignment deferment to allow their children to graduate from the high school they are currently attending.

The Air Force Personnel Center started the policy March 26. It is open to all senior master sergeants and below and officers up to the rank of lieutenant colonel. The Air Force Senior Leadership Management Office is considering a similar program for senior officers and chief master sergeants.