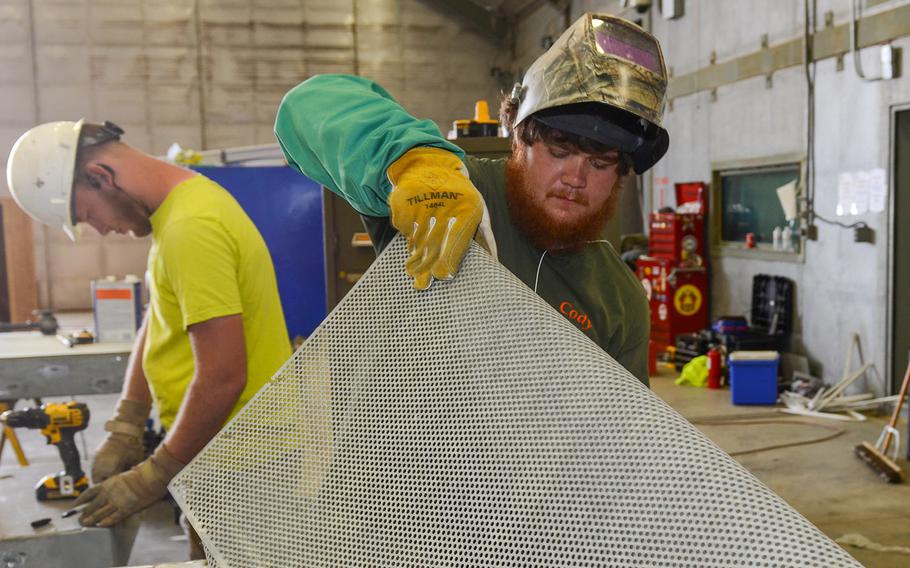 WASHINGTON — The Defense Department will now prioritize employee performance over all other factors if they are forced to lay off civilian workers, the Pentagon announced Thursday in a drastic change to its force reduction policies.

The Pentagon, like all other federal agencies, had considered an employee’s tenure and veterans’ status ahead of on-the-job performance evaluations when making workforce cuts. But a new policy was quietly implemented Jan. 19 and announced to the Defense Department’s 755,000-person civilian workforce in a memorandum released Thursday.

The policy change was mandated by Congress in the 2016 National Defense Authorization Act. It does not signal impending layoffs within the federal government’s largest department, said a senior defense official. It is also not related to the hiring freeze implemented this week by President Donald Trump, which halted the Defense Department and other federal agencies from filling most open positions for 90 days while the White House determines how it will shrink the federal workforce.

“We’ve been working on this for a long time,” said the official, who requested anonymity to provide details about the plan. “ … It was a very intensive, in-depth process to end up coming up with the policy that we felt confident would meet congressional intent and allow us to retain the best performers.”

Layoffs, known in the government as reductions-in-force, occur occasionally in the Defense Department, Pentagon spokesman Navy Capt. Jeff Davis said Thursday. But the Pentagon did not have information immediately available about how often it has occurred recently or how many employees had been subjected to layoffs in recent years, he said.

Layoffs are always the “last resort” for the Defense Department to reduce its civilian workforce, said the official, who spoke on the condition of anonymity. The department attempts to shrink its size as much as possible through attrition and buyouts.

The Defense Department has been working since 2015 to reduce its civilian workforce, which had grown by some 100,000 employees since the 9/11 terrorist attacks. By 2020, the department expects to reduce the number of civilian employees working in headquarters by 25 percent, as ordered by Deputy Defense Secretary Robert Work. It was not clear how many jobs would be eliminated by that order or how many had been cut to date, a spokesman said.

The new policy applies only to the Defense Department, the senior defense official said, who declined to speculate on why Congress singled out the Pentagon to change its layoff policies.

Under the new system, department officials must first consider an employee’s performance rating when deciding who to lay off. Performance rating is defined as the average of a worker’s two most recent evaluation ratings, rounded to a whole number.

If decisions about which employee to lay off cannot be decided based on the top two criteria – for example if two employees have identical performance ratings and are in the same tenure group – the third criteria that officials must consider is average performance rating scores. The final criteria is veteran status.

An average performance rating score further breaks down an employee’s performance review ratings to provide decision-makers a broader look at their work. For example, the senior defense official said, an person could receive individual ratings for their performance as a supervisor, for their communication skills and for how well they contribute to their organization’s mission. Each of those individual scores would be averaged to produce the performance rating score. Those numbers would not be rounded to a whole number.

Employees who never served in the military would be dismissed before a veteran. Those veterans who left the service with a 30 percent or greater disability rating would be retained above other veterans.

Under the Pentagon’s former policy, an individual’s tenure was considered first, their veteran’s statues second and their performance was the last criteria.