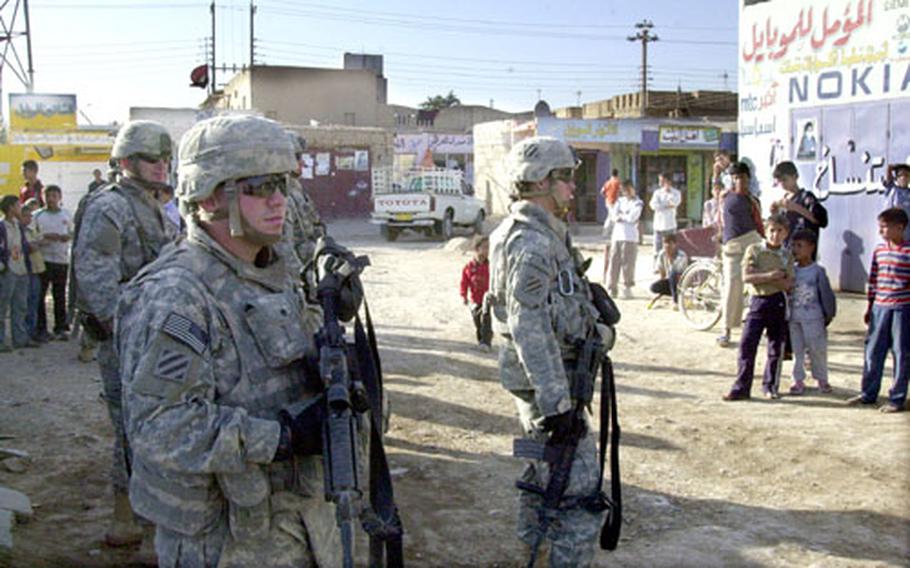 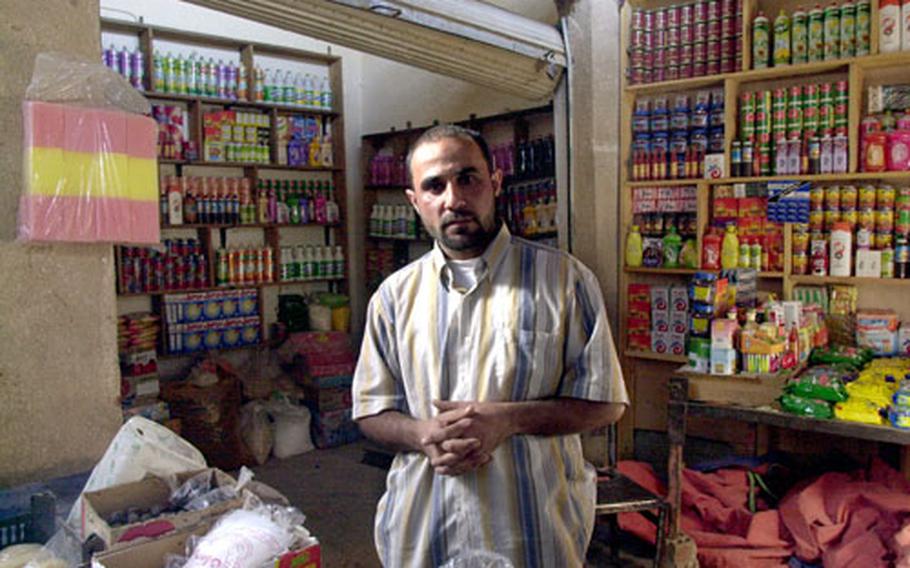 Aziz Waresh, a shopkeeper at a market next to the new Combat Outpost Salie in Narwan, says he hopes the U.S. presence will eventually lead to better basic services for his city. "I myself am happy with having the U.S. Army here," he said, "but I can&#39;t speak for everyone." (Erik Slavin / S&S) 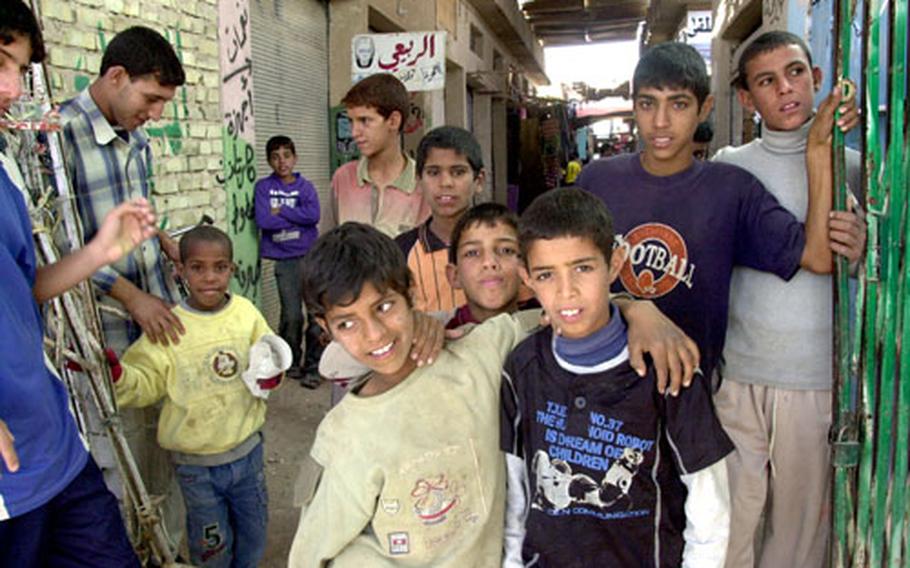 Children follow the patrolling U.S. soldiers everywhere they go in Narwan’s market, asking for their pens and water Wednesday. But when the soldiers begin to leave, some of the children throw large rocks at them. (Erik Slavin / S&S)

As construction progressed across the street at Combat Outpost Salie, soldiers began stopping at his store for his fresh-made bread.

Like other older Iraqis doing business in Narwan, Thavit said he supported the U.S. presence that officially moved in Thursday.

Thavit&#8217;s conversation then turned to the same thing that every Iraqi at the nearby open market later mentioned: The city needs more water, electricity, medicine, school supplies and jobs.

Whether the U.S. can deliver on those items will dictate how welcome their presence will be, especially to younger Iraqis who expressed skepticism about the soldiers&#8217; presence.

Leaders from the 3rd Infantry Division&#8217;s 1st Battalion, 10th Field Artillery say they want Narwan to have these basic services &#8212; but they want Iraqi political and tribal leaders to lead the efforts, backed by both U.S. and Iraqi government funding.

&#8220;We want a functional city council that coordinates its need and wants through the Qada (county) council,&#8221; said 1-10 commander Lt. Col. Mark Sullivan.

Three weeks ago, U.S. soldiers announced a meeting for local sheiks over loudspeakers. Over 75 showed up. The sheiks then pressed a do-nothing council to start performing, Sullivan said. They quickly responded by working on running a waterline through the town.

Soldiers already have donated water, medical help and school supplies; however, they must preserve security and build trust in this city of about 100,000 people before they can concentrate on government and economic woes.

On Nov. 9, U.S. forces arrested an Iraqi policeman accused of links to violent Shiite insurgents. Soon after, about 250 people showed up at Salie to protest the arrest.

Battalion officials spoke at Salie with three local sheiks about why they arrested the policeman.

&#8220;They went outside, explained it to them and dissipated the crowd,&#8221; said Maj. Luis Rivera, battalion executive officer.

Nevertheless, younger Iraqis wondered if the arrest was an indicator of things to come.

&#8220;If somebody shoots at you, will you know who shot you or will you arrest everybody?&#8221; Hayder Wared, 27, asked soldiers on patrol at the open-air market Wednesday.

The Army would work with the townspeople and respect its customs, Dale added.

Wared said he didn&#8217;t believe the Army came to help but asked Dale for a job, along with a plea for water and other basic services for his town.

Children followed the soldiers wherever they went during the market patrol Wednesday, asking for pens and water and wanting to touch the soldiers. But when they walked back to the base, the kids changed tactics.

It wasn&#8217;t the first rock attack. The soldiers usually just keep walking, but this time they came back and lined up along a berm. The children fled, but nearby adults began scolding and punishing the children.