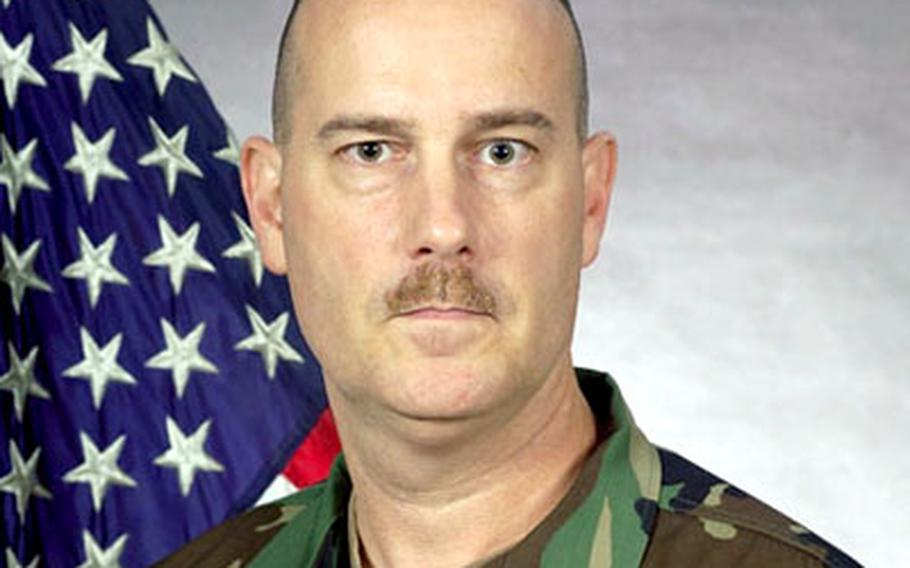 (Editor&#8217;s Note: A correction to this article was published Oct. 13. The article has not been altered since its original publication.)

OSAN AIR BASE, South Korea &#8212; The new senior sergeant at Osan Air Base in South Korea wants airmen to tell him candidly what&#8217;s on their minds and plans to keep himself available so they can.

Jette, 44, succeeds Chief Master Sgt. Jerry Sutton as wing command chief. Sutton held the position since 2003 and has moved to a new assignment.

The position makes Jette the chief adviser to wing commander Brig. Gen. Joseph Reynes Jr. on all issues concerning the 5,500 Air Force, Army, and Navy enlisted personnel assigned to the base. Such issues include those affecting health, morale and welfare of enlisted troops.

Among Jette&#8217;s other key duties is offering advice and insight to the wing&#8217;s five group commanders and 25 squadron commanders. He&#8217;ll also serve as the U.S. Forces Korea senior enlisted adviser for servicemembers at the U.S. air bases at Osan, Kunsan, and Daegu.

Although new to the command chief&#8217;s position, Jette is not new to Osan Air Base. Since November 2004 he&#8217;s worked at 7th Air Force headquarters as security forces manager.

Currently on his fifth South Korea tour, he&#8217;s served more than eight years on the peninsula. His first tour, in 1988-89, was at Kunsan Air Base.

Jette graduated from high school in 1978 in Marcy, N.Y., and entered the Air Force in September 1978. He was named distinguished graduate at the Air Force First Sergeant Academy in 1998 and in 1999 graduated from the Senior Noncommissioned Officer Academy at Maxwell Air Force Base, Ala. He received a bachelor&#8217;s degree in criminal justice from St. Martin&#8217;s University, Wash., in 2001.