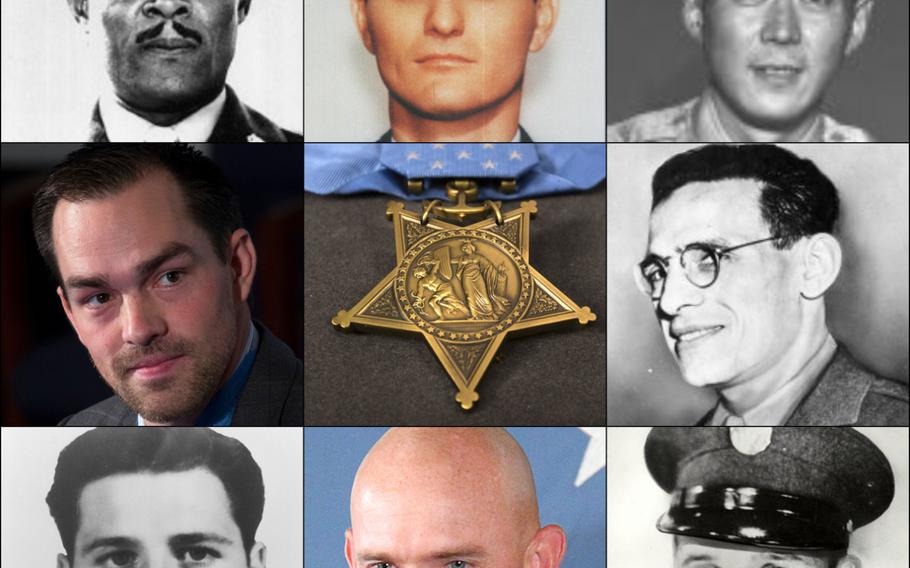 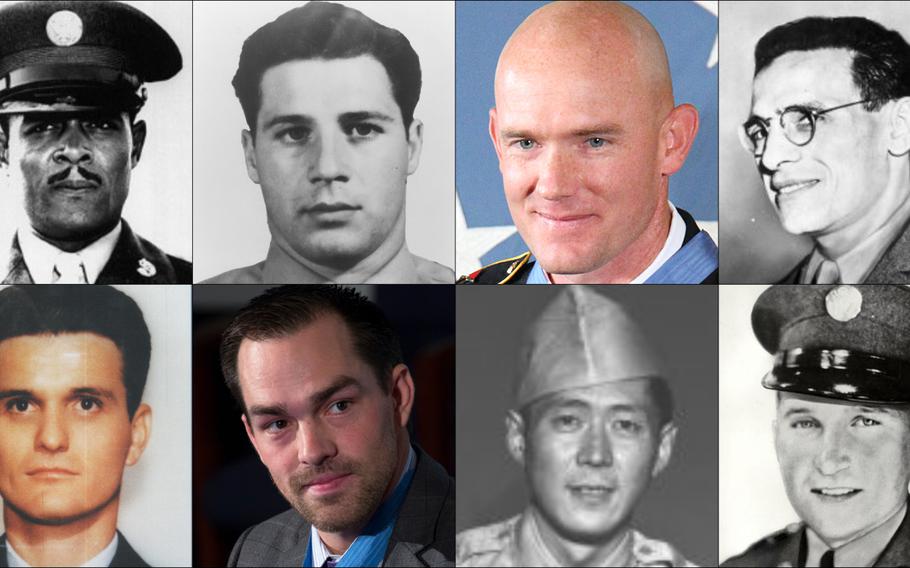 Buy Photo
The Netflix show "Medal of Honor" will feature the stories of eight Medal of Honor recipients. (Photos from Army, Air Force, Marines, National Archives and Stars and Stripes )

The stories of eight recipients of the nation's highest military honor will be told in the docudrama series "Medal of Honor" on Netflix.

Robert Zemeckis (Forrest Gump) and documentarian James Moll (The Last Days) are both part of the project, which will be available on the streaming service starting Nov. 9. The eight-part series will feature interviews with eyewitnesses to battle and the families of Medal of Honor recipients, as well as re-creations.

"Medal of Honor is the ideal collaboration for us," Zemeckis said in a Netflix statement. "James’ documentary skills combined with our live action techniques bring to a compelling light the important recognition of these brave individuals. We can not think of a better way to give back to the military community than by telling these incredibly heroic true stories.”

The storiesHere's a brief rundown on each of the recipients who will be featured in the series, based on their Medal of Honor citations:

Sylvester Antolak, World War II: In 1944 in Italy, Antolak charged an enemy machine gun nest from 200 yards away. He was hit and knocked to the ground three times by bullets, but he got close enough to kill two Germans and force 10 more to surrender. Gravely wounded, he was killed when he was leading the way toward another enemy strongpoint.

Edward Carter, World War II: The tank Carter was riding in was fired upon, and he volunteered to lead a patrol to a warehouse near Speyer, Germany, that members of his unit had identified as the source of bazooka fire. When a member of the patrol was killed, he ordered the other two members of the patrol to cover him with rifle fire while he proceeded alone. Injured in the arm, leg and hand, he crawled to within 30 yards of his objective, taking cover for about two hours. Eight enemy soldiers approached him and he killed six and captured two of them, gaining valuable information from those captured.

Hiroshi “Hershey” Miyamura, the Korean War: Miyamura, a machine-gun squad leader, killed approximately 10 enemy fighters with a bayonet during an attack. He fired his machine gun until he was out of ammunition, stayed behind to render the gun inoperative, and bayoneted his way to another gun emplacement. The intensity of the attack required a withdrawal, and Miyamura ordered his men to fall back while he covered them, killing more than 50 of the enemy. Severely wounded, he continued to fight.

Vito Bertoldo, World War II: He guarded two command posts against an assault of infantry and armored forces, setting up his gun in the street for 12 hours to drive back attacks while completely exposed to enemy fire. He moved back inside and fired through a window, at one point mowing down 20 Germans as a tank fired directly at him. When troops were ordered to another building, he voluntarily stayed behind, covering the withdrawl of his comrades.The next morning, he carried his machine gun to another building and kept up a day-long attack.

Joseph Vittori, the Korean War: When a forward platoon was forced to withdraw under an enemy counterattack, Vittori rushed through the withdrawing troops with two other volunteers from his platoon to take part in a hand-to-hand struggle. An automatic-rifleman, he responded to a call to defend a heavy machine gun positioned on the extreme point of the northern flank. Fighting a singlehanded battle, he leaped from one flank to the other, covering each foxhole in turn and manning a machine gun when the gunner was struck down. He was mortally wounded as the enemy came within feet of his position.

Richard L. Etchberger, Vietnam: Etchberger and his team of technicians were manning a top secret defensive position when it was overrun by an enemy ground force. All the members of his crew were dead or wounded. He held off the enemy with an M-16, directed air strikes and called for air rescue, repeatedly exposing himself to heavy enemy fire to get three wounded comrades into rescue slings. After the trio was aboard a rescue helicopter, he was fatally wounded as he was being raised into the chopper.

Ty M. Carter, Afghanistan: As enemy forces breached the walls of Combat Outpost Keating during the deadly Battle of Kamdesh in 2009, Carter and his fellow soldiers worked to hold their ground and recover their fallen comrades. Carter was singled out for the award for his effort to save Spc. Stephan Mace, who was mortally wounded and stranded in the kill zone before Carter ran to his aid.