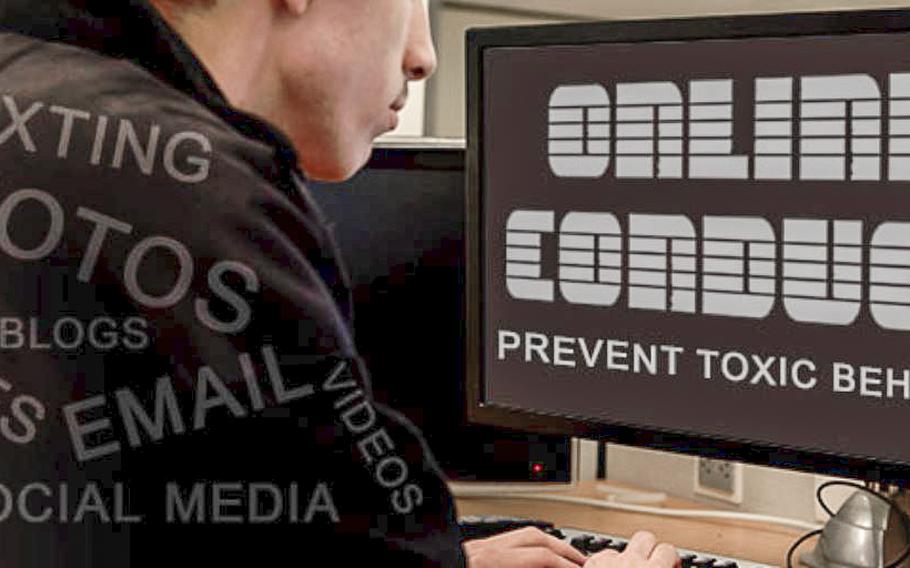 “The wrongful distribution or broadcasting of an intimate image is prohibited,” said a message released Tuesday by acting Secretary of the Navy Sean J. Stackley.

According to Article 1168, “wrongful distribution” is defined as broadcasting intimate images without permission and with the purpose of personal gain, humiliation or harm or with “reckless disregard as to whether the depicted person would be humiliated, harmed, intimidated, threatened, or coerced,” among other scenarios, the message said.

The article defines “broadcasting” as any visual image sent electronically, and gives examples of “intimate images” as anything that violates reasonable expectations of privacy or is sexually explicit.

Sailors and Marines who violate the article could run afoul of Uniform Code of Military Justice Article 92, failure to obey an order or regulation, Chief of Information Rear Adm. Dawn Cutler told the Navy Times on Wednesday.

“The addition … to Navy Regulations serves to underscore leadership’s commitment to eliminating degrading behaviors that erode trust and weaken the Navy and Marine Corps Team,” Cutler said. “It provides commanders another tool to maintain good order and discipline by holding sailors and Marines accountable for inappropriate conduct in the nonconsensual sharing of intimate imagery.”

Military leaders have recently issued a slew of orders and guidance and issued strong condemnation amid the fallout over the sharing of nude photographs of female Marines on a secret Facebook group called Marines United.

The problem engulfed the Navy last month after the revelation that female sailors at dozens of commands were targeted by individuals posting or looking to obtain nude photos of them.

Last month, Commandant Gen. Robert Neller pushed updated social media guidance across the Marine Corps and released a video addressing the scandal in which he said such behavior was “embarrassing to our Corps, to our families and to the nation.”

In a message released to the Navy last month, Chief of Naval Operations Adm. John Richardson said such action “makes us weaker, and cedes advantage to the enemy,” and he vowed to crackdown on what he called “toxic behavior.”