New Navy command at home on land or sea 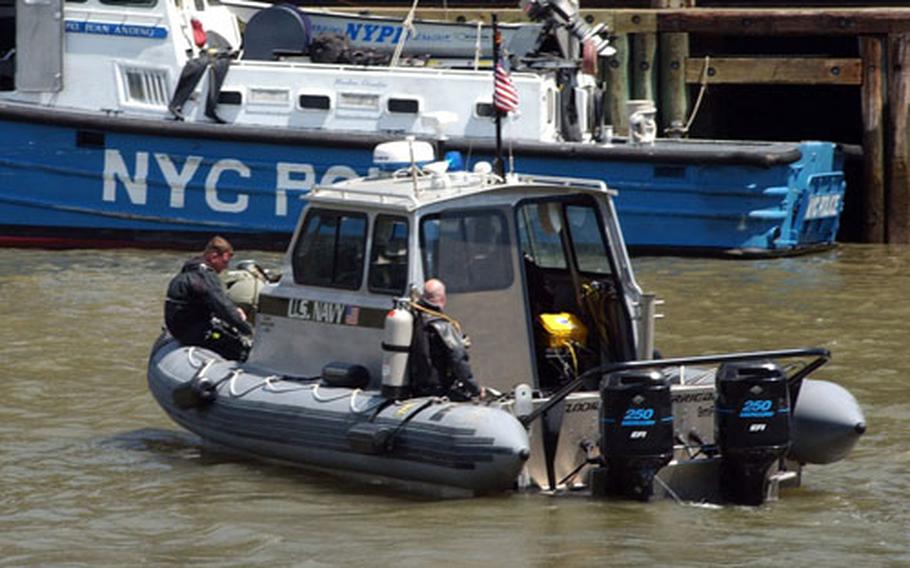 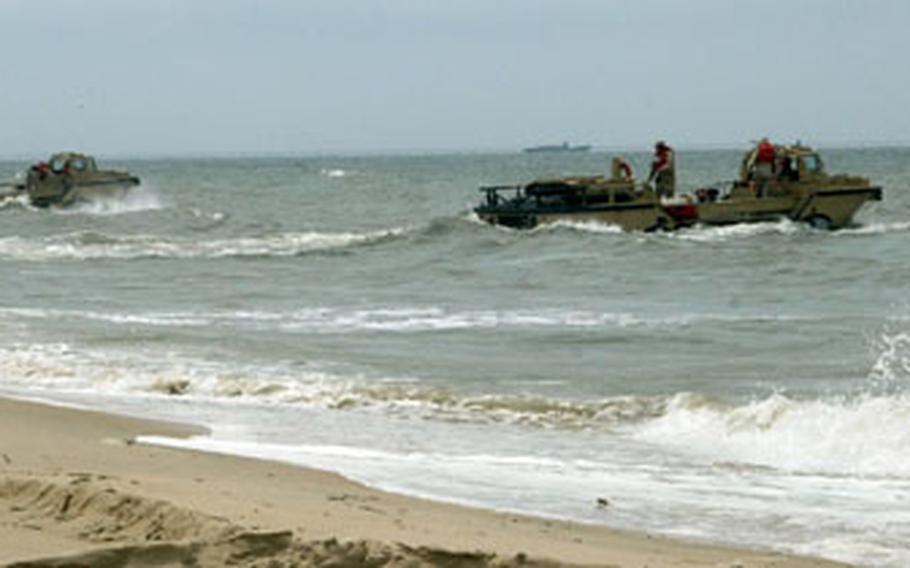 Sailors in the Navy&#8217;s newest command may be more familiar with an M-60 machine gun than an MH-60 Knighthawk helicopter.

And the leader of the Navy Expeditionary Combat Command (NECC) holds responsibilities that are more like those of a Marine Corps or Army division commander.

But then Rear Adm. Don Bullard has his &#8220;fleet&#8221; planted both on dry land and water, commanding more than 40,000 active-duty and reserve sailors in units ranging from the Seabees to the Navy&#8217;s new riverine forces.

NECC started up in January with a handful of existing Navy organizations &#8212; the construction battalions, better known as the Seabees; explosive ordnance disposal units; Naval Coastal Warfare units; and the Navy Expeditionary Logistics Support Group &#8212; and then added some new units, such as a Maritime Civil Affairs Group, an Expeditionary Security Force and a reborn Navy Riverine Force.

While NECC itself is new, many of the missions it brings to the fleet or field aren&#8217;t new at all, Bullard said from his Naval Amphibious Base Little Creek, Va., headquarters.

Bullard brings together this multitude of units and skills under one parent command for use by mainly ground-based commanders. They can &#8220;tell&#8221; Bullard what they need and NECC will send a tailored package of forces.

A small Seabee detachment, for example, deployed with USS Emory S. Land and USS Carr during their African Gulf of Guinea deployment this Spring. Another Seabee detachment is now deployed aboard the hospital ship USNS Mercy in the Philippines.

Larger NECC units have been operating in the Middle East.

&#8220;The way it works is I report to a general in the Army,&#8221; explained Capt. Robert Greene, commander of NECC&#8217;s Naval Coastal Warfare Squadron 26 in the Persian Gulf, in a phone interview.

Greene&#8217;s sailors make sure that the inbound and outbound ships carrying equipment and supplies for U.S. forces in the Middle East make it to and from port safely.

The Navy Coastal Warfare community has had a role in that region that Army officials say has only increased.

&#8220;The Navy&#8217;s role in the theater has expanded over time as fewer Army units are available,&#8221; wrote Col. Ross Campbell, the Kuwait- based 143rd Transportation Command operations officer, in an e-mail.

&#8220;They are responsible for customs operations in Iraq and Kuwait using Navy master-at- arms,&#8221; he explained. &#8220;They have sent Seabees to replace Army engineer units building roads and repairing facilities in Iraq and Kuwait. Army Cargo handler units have also been replaced with their Navy counterparts.&#8221;

Bullard said that the creation of NECC puts these smaller organizations under a specific &#8220;type commander,&#8221; which allows the subordinate units streamlined manning, training and supply. Consequently, this gives them the ability to deploy much quicker, if needed.

&#8220;When we see the threat originating in a maritime environment, we can very quickly expand into that environment,&#8221; he said.

While the Navy is traditionally seen as a deep-water fighting force, that isn&#8217;t necessarily applicable to NECC.

Last month, for example, Bullard presented one Silver Star medal and 14 Bronze Star medals &#8212; all but one with the combat &#8220;V&#8221; device &#8212; to EOD sailors for operations against enemy forces on the ground in Iraq and Afghanistan.

One of the nine major sub-units of the Navy Expeditionary Combat Command&#8217;s missions is a training command, both for its own sailors and for those of the nations that they&#8217;ll be deployed to, or working with.

Capt. Robert Greene, commander of NECC&#8217;s Naval Coastal Warfare Squadron 26 in the Persian Gulf, said that his sailors are doing that with host-nation forces there.

The second is the ongoing training of military personnel to take over the protection of their own ports. The nation &#8212; Greene wouldn&#8217;t name it for security reasons &#8212; will be using the same small patrol boats that his sailors now use.

Rather than train the nation&#8217;s sailors directly, he said, they&#8217;re training 10 host-nation sailors to become trainers on boat operations.