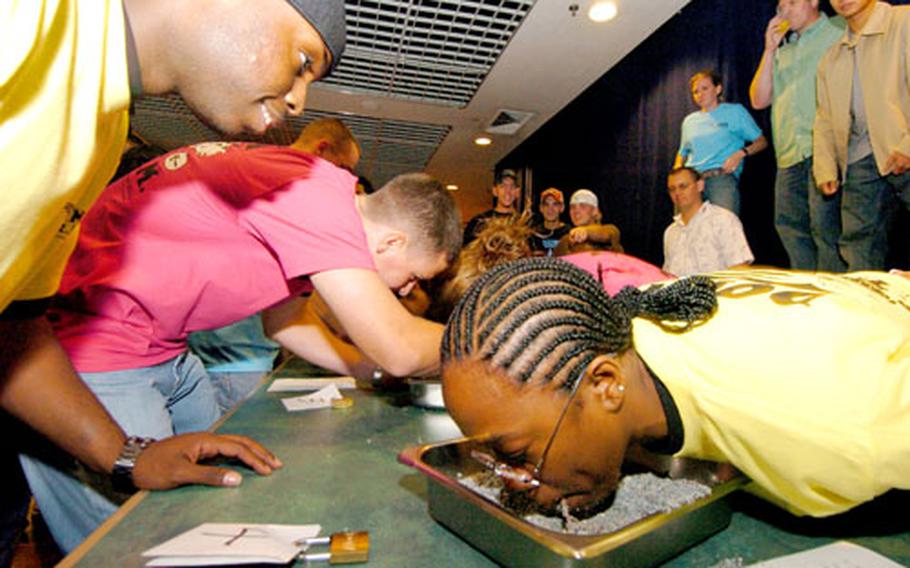 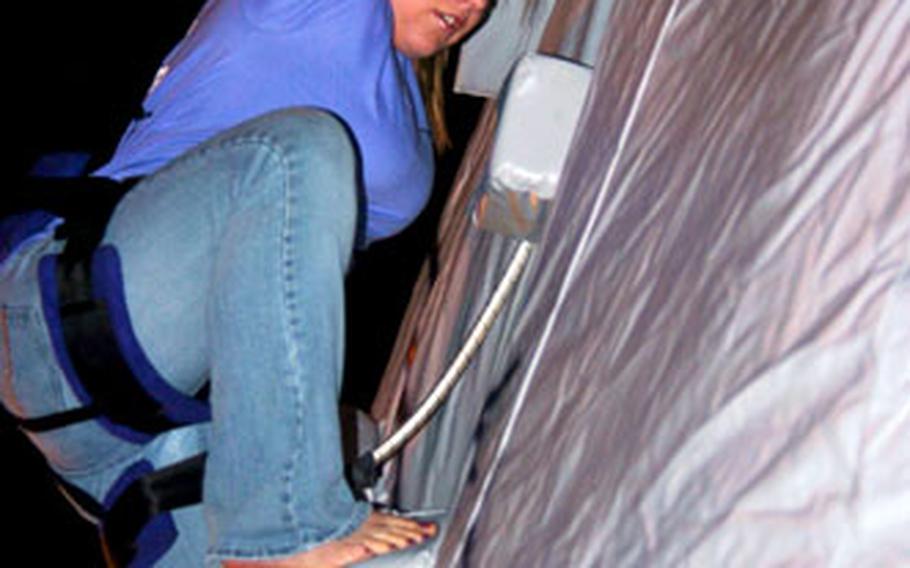 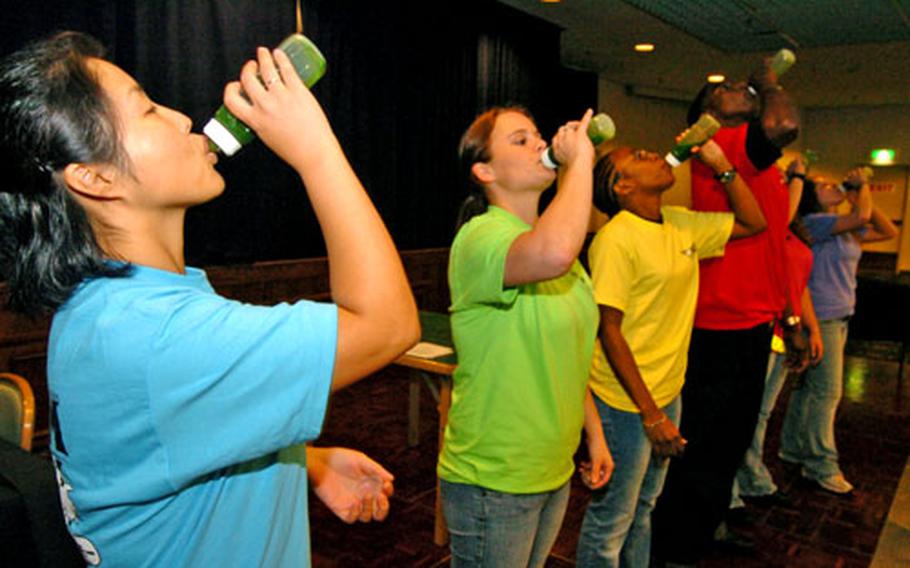 Staring at three bowls of Japanese natto beans, a fermented soy paste that emits a rather putrid odor, she managed to ingest a spoonful &#8212; not quite eating-champion Takeru Kobayashi territory but one more than Staff Sgt. David Stanford could stomach and good enough to capture first place for her two-person team in Saturday night&#8217;s &#8220;Fear Factor Challenge&#8221; at the Yokota Enlisted Club.

She and Airman 1st Class Dwayne Hopkins II of the 730th Air Mobility Squadron picked up $100 each. Stanford, who refused to take even a bite of the natto beans, and Senior Airman Natasha Dansby both took home $50 for finishing runner-up. Five other two-member coed teams also took part.

It was the second of 12 events in Yokota&#8217;s fall Dorm STORM competition recently developed by the 374th Services Division, a series of contests pitting Yokota dormitories against each other.

Saturday&#8217;s showdown started with a rock climb on an inflatable wall set up outside in the parking lot. Contestants also had to drink kale juice &#8212; think &#8220;green goo&#8221; &#8212; from a baby bottle, use their mouths to retrieve keys from a tray of live nightcrawlers and other ghastly creatures and joust one another through five rounds. Teams were eliminated after each round.

Hopkins wound up first among six people who sipped on the liquified kale concoction.

The victory allows Baez and Hopkins to split points for their respective dormitories in the overall competition of Dorm STORM, which stands for Single Troop Opportunities for Recreation and Morale. Up next weekend is a 3-on-3 coed basketball tournament, scheduled for 2:30 p.m. Sunday in the Samurai Fitness Center.