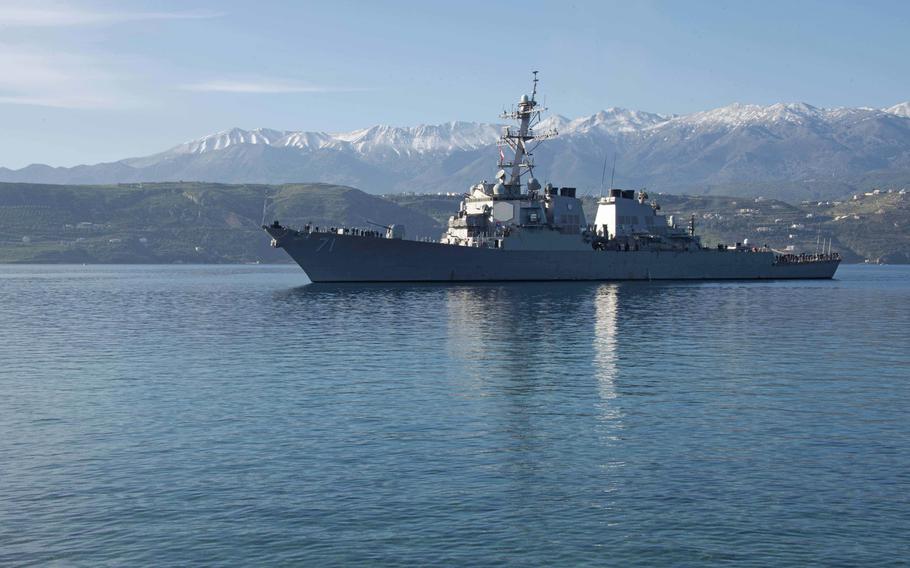 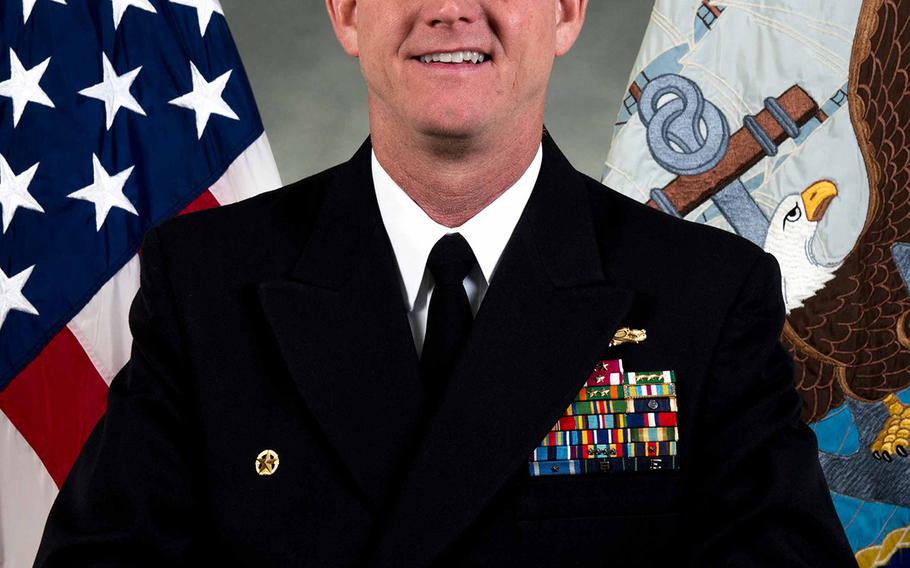 NAPLES, Italy — At first glance, not much will change when Navy Capt. Jeffrey Wolstenholme assumes command of U.S. 6th Fleet’s new air and missile defense task force Thursday. He’s been doing a lot of the work since June as a staff officer for the fleet.

“The only change in my office is we’re going to change the sign on the door,” he said in a recent interview.

That doesn’t mean that Wolstenholme’s job will remain the same. As a newly minted commodore, he’ll have command over missile and air defense operations across the theater, a mission that has expanded in recent years with the arrival of four U.S. ballistic missile defense ships in Rota, Spain, the construction of two land-based Aegis Ashore interceptor sites in eastern Europe and the growing threat of Russian anti-ship cruise missiles across the region.

Instead of working from within the 6th Fleet staff, Wolstenholme will have the same authority as officers overseeing surface ships or submarines in the theater.

“Now that we’ve put the ships in Rota and now that we have Aegis Ashore, we need a command to direct ballistic missile defense operations when we’re doing the mission,” Wolstenholme said.

The task force also will give the U.S. a platform from which it can, if needed, transfer authority over its ballistic missile defense ships to NATO command.

Foggo knew Wolstenholme from their work together in the Chief of Naval Operations' office of operations, plans and strategy, where Wolstenholme had worked on negotiating the Aegis Ashore site in Romania and bringing the four ships to Rota.

“I just worked all things ballistic missile defense,” Wolstenholme said. “So I came with this wealth of policy experience.”

The Navy is the centerpiece of the U.S.-built European missile shield, known as the European Phased Adaptive Approach. The four Arleigh-Burke class destroyers based in Rota, and planned interceptor sites in Romania and Poland are the “shooters” — capable of firing SM-3 missiles guided by the Navy’s Aegis air defense system to intercept short- and medium-range ballistic missiles.

Other parts of the shield include a radar facility in Turkey and a command-and-control node at Ramstein Air Base in Germany. Other NATO-member ships can track missiles, but none can currently fire interceptors.

The shield has caused a major rift with Russia, which says NATO missile defense plans are aimed against its own nuclear missile arsenal, a claim denied by the U.S.

Russian capabilities at sea are a growing concern for naval commanders in Europe, including Wolstenholme. The Russian navy has stationed the first two of a planned six new Kilo-class submarines in the Black Sea, and it flexed its muscles last year with sea-borne cruise-missile attacks against Syrian targets.

“It has gotten a lot more complicated,” Wolstenholme said of the cruise-missile threat in Europe.

Stand-up of the task force comes as the Navy prepares to certify the Aegis Ashore site in Deveselu, Romania, during an exercise next month. Once certified and approved during this summer’s NATO summit in Warsaw, the site will remain under NATO authority.

Groundbreaking on the second site, in Redzikowo, Poland, is expected to begin in May, with completion scheduled for 2018.

Wolstenholme’s command will plan a ballistic missile test fire next spring, a follow-up to last year’s test fire by the USS Ross off the coast of Scotland. He hopes to hold more exercises in the years ahead.

“It’s a way to bring the NATO nations more into ballistic missile defense,” he said.