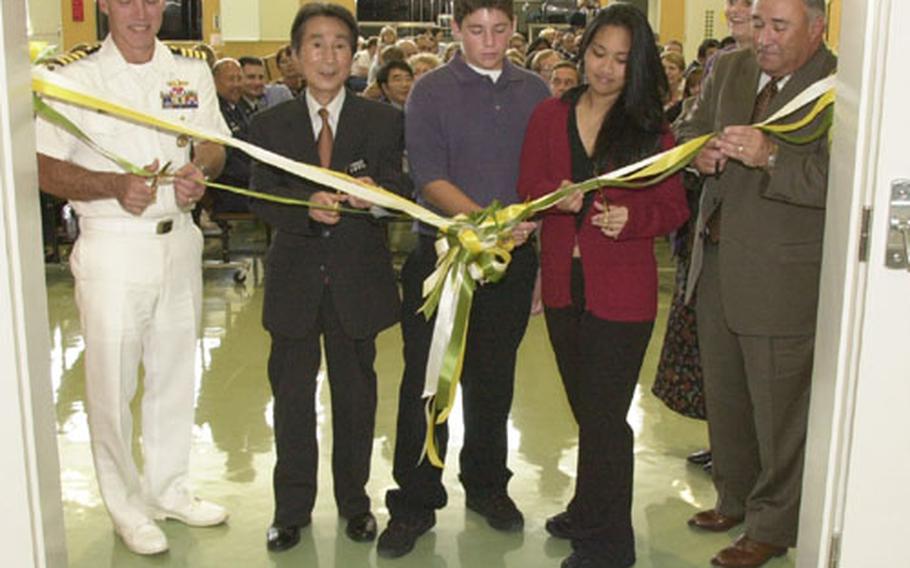 And specialized areas for band, shop and other activities.

They all belong to Yokosuka Middle School.

A ribbon-cutting ceremony officially marked the opening of the school Wednesday afternoon, but the campus opened to students Monday.

For the first time in its existence, the middle school has its own campus.

Built by the Japanese government, the school is expected to accommodate student population growth for the next 10 years, Dunkle said.

According to enrollment projections, 760 students are expected to start this school year at the middle school.

Although school has begun, officials still are scrambling to wrap up a few details, Dunkle said. They include completing stage lighting, a gymnasium divider and wall padding.

And some playing fields will be off limits for about a year to give sod a chance to take root, she said.

Still, Dunkle and other officials are excited about the new campus.