New Marine base on Guam to be named for revered general, legislator 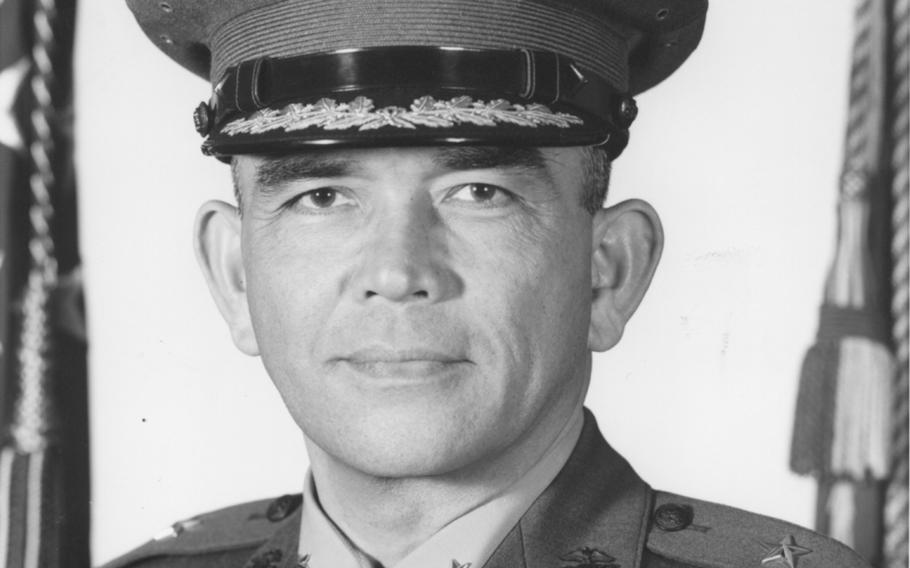 Brig. Gen. Vicente “Ben” Tomas Garrido Blaz was the first Chamorro, or native of the Marianas Islands, from Guam to achieve the rank of brigadier general. (U.S. Marine Corps)

Brig. Gen. Vicente “Ben” Tomas Garrido Blaz was the first Chamorro, or native of the Marianas Islands, from Guam to achieve the rank of brigadier general. (U.S. Marine Corps) 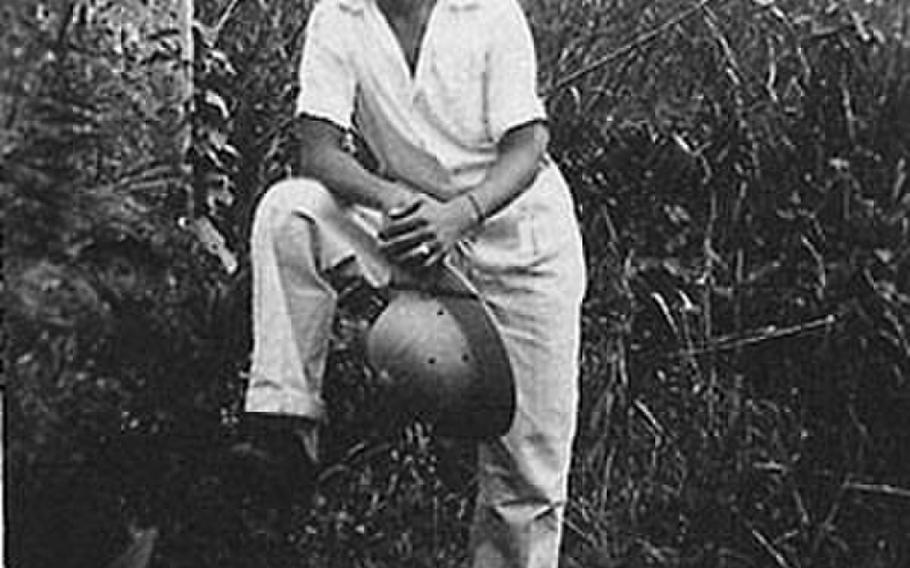 Vicente “Ben” Tomas Garrido Blaz poses for a photo at the family farm after the liberation of Guam from Japanese occupation during World War II. (Blaz family)

CAMP FOSTER, Okinawa — The new Marine Corps base under construction on northern Guam will been named after one of the island’s most revered sons.

The main cantonment area of the Finegayan base, which had been referred to as Marine Corps Base Guam, will honor Marine Brig. Gen. Vicente “Ben” Tomas Garrido Blaz, according to a statement released Sunday by Guam Del. Madeleine Bordallo.

Blaz — who died in 2014 and is buried at Arlington National Cemetery — is the highest ranking Chamorro to have served in the Marines, the statement said. He also represented Guam for four terms as the territory’s delegate to the House of Representatives.

The honor was recommended by Bordallo and endorsed by Marine Corps commandant Gen. Robert Neller and Secretary of the Navy Richard Spencer, the statement said.

Bordallo said she looked forward to the base being named in Blaz’s honor when it is completed in the coming years.

“As the first Chamorro Marine Corps flag officer and Guam’s former member of Congress, General Blaz embodied the values and spirit of Guam, the Chamorro people, and the U.S. Marine Corps,” she said in the statement. “He served our country and island with distinction, and he was a true patriot and statesman.”

Blaz was born in Guam’s capital, Agana, on Feb. 14, 1928, according to his congressional biography. He was 13 years old when the Japanese invaded during World War II, beginning a brutal occupation.

Under Japanese rule, Blaz worked in their labor camps, the biography said. He built aviation fields, planted rice and dug trenches until Marine landings in July 1944 that liberated the island.

After the war, Blaz graduated from the University of Notre Dame, the biography said. He joined the Marine Corps Reserve while in school and was commissioned as a second lieutenant.

He served two tours in Japan and one in Vietnam, commanding one of Guam’s liberators, the 9th Marine Regiment, the biography said. He rose to the rank of brigadier general in 1977 and was awarded the Legion of Merit, the Bronze Star with “V” device, the Navy Commendation Medal and the Vietnam Cross of Gallantry. His career spanned 29 years.

Blaz married and had two sons, the biography said. After getting out of the service, he returned to his home island, where he taught at the University of Guam.

He was elected to Congress for the first time in 1984 as a Republican, just the second delegate to represent Guam, the biography said. He is best remembered for his advocacy in seeing the return of unused U.S. military land to the people of Guam, publicizing Guam’s role during World War II, fighting for federal benefits for low-income, disabled and elderly constituents and for attempting to establish Guam as an American commonwealth rather than an unincorporated U.S. territory.

“We on Guam paid our dues — as heavily in war as in peace — to prove our loyalty and pride as members of the American family,” Blaz said, according to the biography. “Still, we have never enjoyed equal status with other Americans — either politically or economically.”

The Marine base that will bear Blaz’s name is a product of the Marine Corps’ Asia-Pacific realignment, an effort to reduce the burden on Okinawa in southern Japan by shifting forces to Guam, Hawaii, mainland Japan and rotationally to Australia.

The $8.7 billion project will send about 4,000 Okinawa-based Marines to Guam in the mid-2020s, though there is no deadline set for the project’s completion.

The first piece built at the new base, unaccompanied Marine barracks, is scheduled to be finished in about two years.