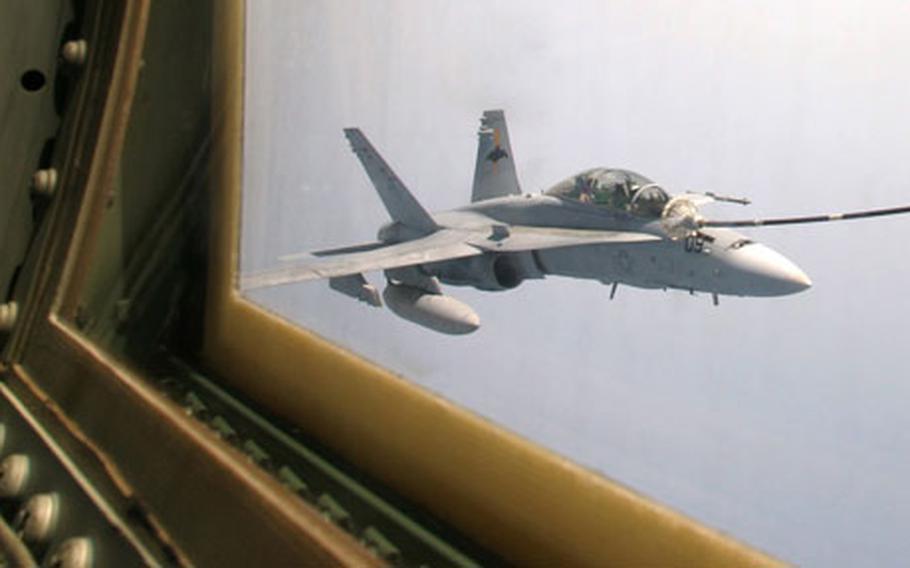 The Marines&#8217; new air refueler proved to be faster and more efficient than its predecessor during a training mission off the west coast of Okinawa last week, according to a Marine Corps news release.

The KC-130J is about 20 percent faster and has a range of more than 35 percent farther than the antiquated KC-130F fleet used by the squadron and built in the 1960s.

The squadron received its first of nine KC-130Js in June.

The KC-130J is computer-driven, which allows squadron members to program data such as weather conditions, cargo and crew weight, mission timeline and fuel requirements into the aircraft&#8217;s internal operating system, the release said. The plane then adjusts its in-flight settings, according to the data.

Crewmembers said the aircraft makes it easier for air combat crews to stay in the fight.