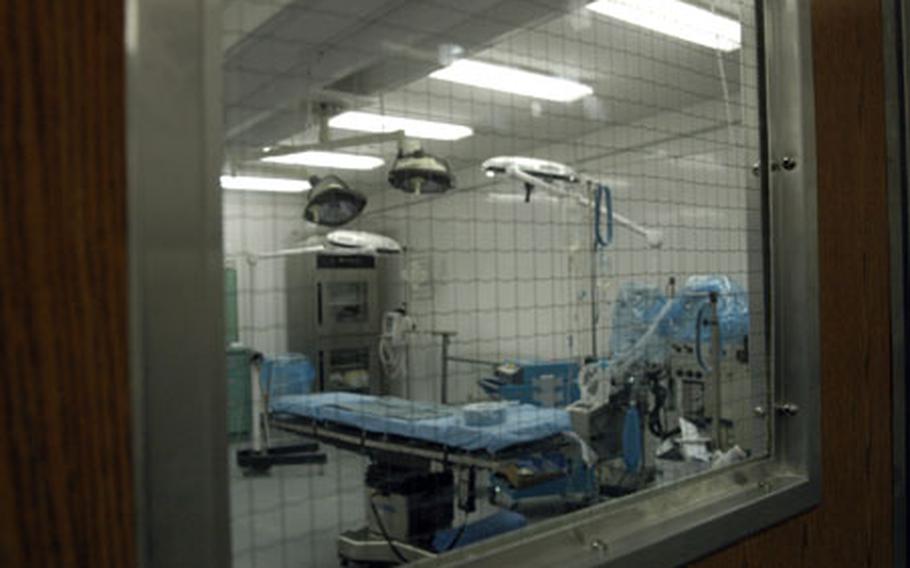 There are four operating rooms at the Level III trauma hospital. The rooms can be used simultaneously to treat wounded U.S., coalition and Iraqi forces. (Sandra Jontz / S&S) 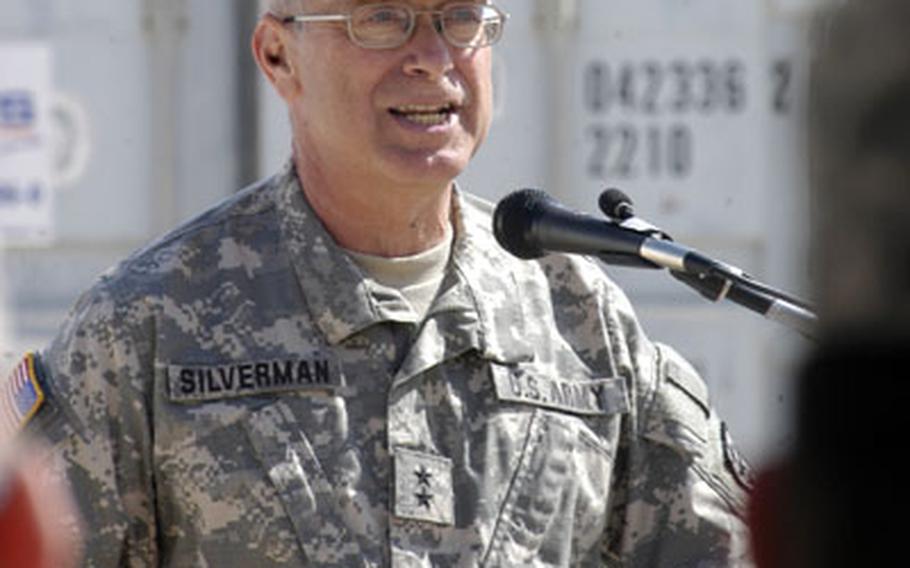 Roughly 40 percent of U.S. casualties come from Anbar Province in western Iraq and, until Monday, there had been no Level III facility &#8212; the highest in a combat zone &#8212; to treat them, said Silverman, who oversees the seven military medical facilities in Iraq.

From Al Asad, patients needing additional or long-term treatment are flown to Germany or to the United States.

The $6.2 million, pre-fabricated modular hospital has four operating rooms that can be run simultaneously if necessary. The 32-bed hospital consists of 12 intensive-care unit beds, and 20 intermediate-care unit beds.

It will provide care for U.S., coalition and Iraqi army and police forces, and treat civilians wounded as a result of combat operations, Kelly said. &#8220;We&#8217;re not a host-nation hospital,&#8221; he added.

While the ICU facilities might lack some of the top-of-the-line technology found stateside in civilian hospitals, they are adequately equipped to serve critically ill or wounded troops in a combat environment, said Army 2nd Lt. Melinda Nekervis, an ICU and flight nurse. &#8220;It has what we need, and if not, we can be very creative,&#8221; she said.

The extremely fine, powder-like dust that is Iraqi sand presents a challenge in trying to keep the operating rooms as clean and sterile as possible, said Army Staff Sgt. Anthony Bunnell, the operating room&#8217;s noncommissioned officer in charge.