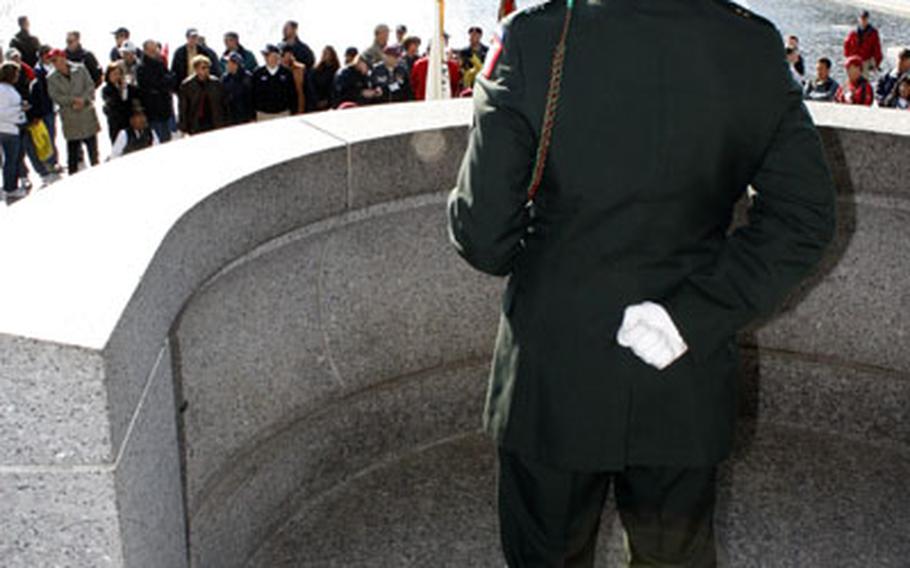 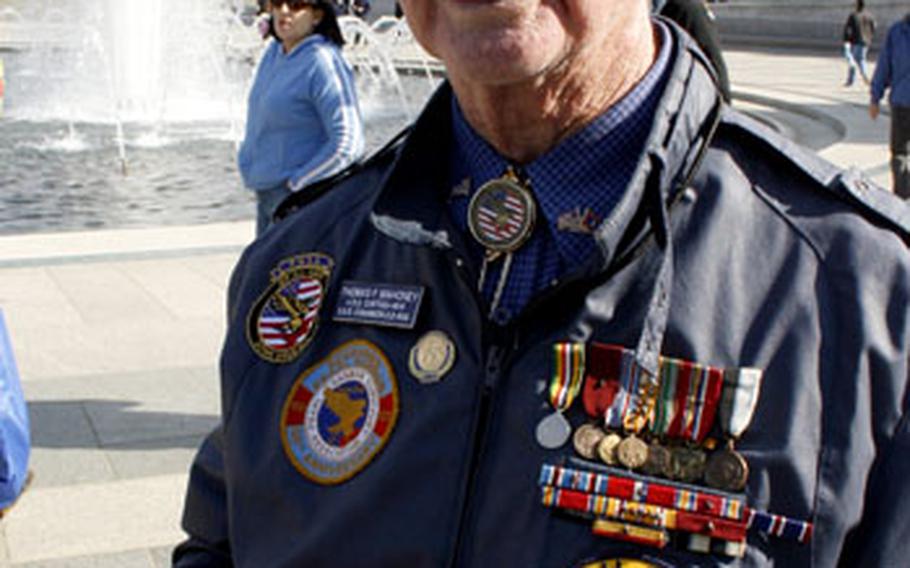 Pearl Harbor survivor Thomas F. Mahoney displays some shrapnel from the attack during a Veterans Day visit to the memorial. Mahoney served on the USS O&#39;Bannon, which received 17 battle stars — more than any other destroyer in World War II. (Joe Gromelski / S&S) 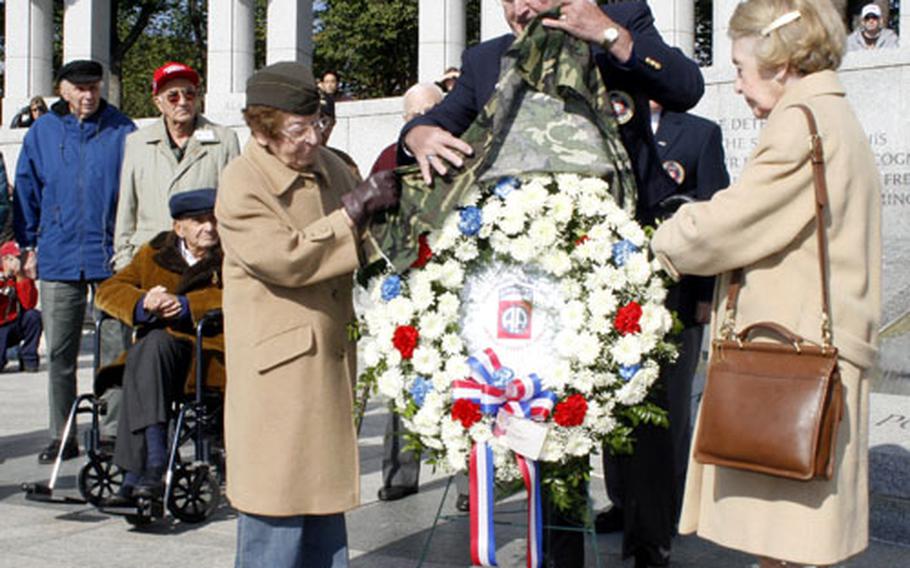 Ellan Orkin, left, and Dorothy Sinner help unveil a wreath during Veterans Day ceremonies Sunday at the National World War II Memorial. The two sisters served as nurses with the 164th General Hospital in Normandy in 1944 and 1945. (Joe Gromelski / S&S)

WASHINGTON &#8212; When 15-year-old Bridgewater, N.J., high school sophomore Mary Cole was thinking about a Girl Scout Gold Award project, she remembered something that struck her when she visited the National World War II Memorial in Washington.

There weren&#39;t a lot of World War II veterans there.

Sunday, the resulting project reached a successful conclusion when 67 of those veterans from Somerset County got on a couple of buses and drove to the nation&#39;s capital to see the monument that honors their efforts between 1941 and 1945. Many of them were making their first visit. The vets (and 18 volunteers along to help out) on the Tour of Honor also went to Arlington National Cemetery and had dinner at a local restaurant before heading north again.

At the memorial, they also had a chance to meet one of their own, who happens to have been one of the driving forces behind the building of the memorial: Former Sen. Bob Dole.

Asked about Cole&#39;s project, Dole called it "just short of amazing. It shows you what the younger generation is all about &#8212; the gifts, the thank-you notes, the hugs. I think we&#39;re in pretty good shape for the future.

"And we&#39;ve got a future because of what these older guys did," Dole added, "and what [active-duty servicemembers] are doing now. It&#39;s a lot of good people doing a lot of good things."

Richard Betts, one of the veterans benefiting from Cole&#39;s project, agreed wholeheartedly. "She did a fantastic job," said Betts, who served in Normandy, the south of France, Leyte Gulf and Okinawa. "She has certainly earned her Girl Scout merit badge, or whatever it is."

Cole is no stranger to the memorial. She and other Scouts from Troop 811 have made previous trips south to hand out candy bars marked "Heroes" to veterans. (Her mom, Nora, is the troop leader.) The latest trip took a lot more work, though.

To make Sunday&#39;s visit happen, Cole &#8212; aided by local veterans groups &#8212; raised about $6,000, but she downplayed it all. She said it was done in honor of her late grandfathers, both World War II veterans, and her great-uncle, "Bud" Cole, who was one of the 67 visitors to the memorial on Sunday.

"This is such a small thing for me to do compared to what they did," she said. "I&#39;m giving up one day, they gave up years."