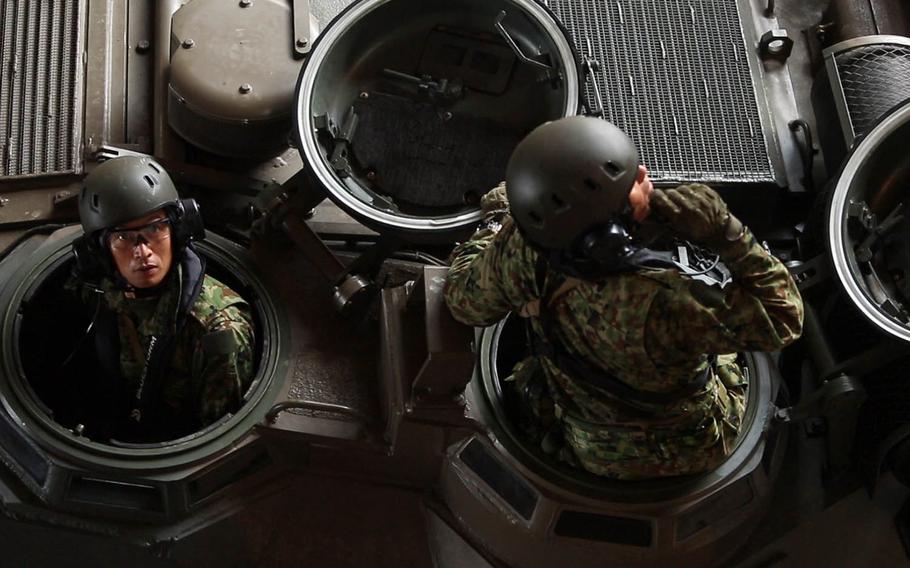 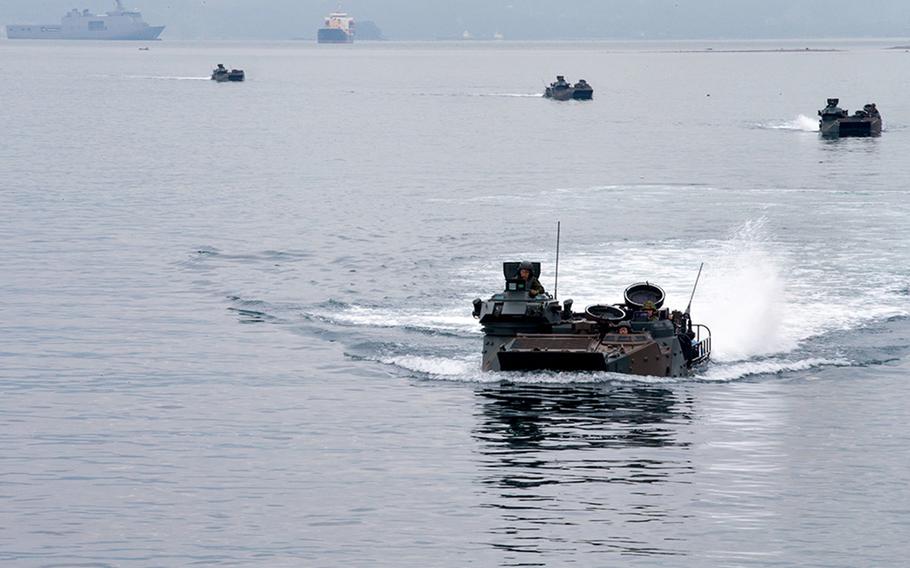 Kamandag — short for “Kaagapay Ng Mga Mandirigma Ng Dagat” or “Cooperation of Warriors of the Sea” — is traditionally a bilateral exercise between U.S. and Philippine troops. This year, the Japan Ground Self-Defense Forces joined the humanitarian-assistance and disaster-relief drills, which began Oct. 2 and wrap up later this week.

“We really tried to help the Japanese … build the ARDB on a marine-to-marine level and a service-to-service level,” he told Stars and Stripes via telephone Tuesday from the Philippines. “Our goal was to allow them to operate from U.S. ships and learn how amphibious operations are conducted. Specifically, the mechanics of getting [amphibious] vehicles on and off of ships.”

The Japanese marines loaded five of their amphibious-assault vehicles onto the Ashland, a JGSDF spokesman told Stars and Stripes on Tuesday. It’s customary for Self-Defense Forces spokesmen not to provide their names.

McPhillips said the training improved communications from the lowest levels of leadership to the highest and will allow the nations to work together more efficiently in a crisis.

“It is great to see some of the young marines and sailors from different countries working together like they’ve been lifelong friends,” he said. “That makes the U.S. better. It makes our Marine Corps better. We share values, security, peace and a common willingness to do what is right by each other.”

The Sasebo, Japan-based Ashland and the Okinawa-based 3rd MEB are part of the USS Wasp Expeditionary Strike Group. They most recently supported Typhoon Mangkhut relief efforts in the Northern Mariana Islands, where they were the first troops on the ground to provide aid.

The Japanese marines were activated in April during a ceremony at Camp Ainoura near Sasebo attended by senior U.S. military leaders, including Task Force 76 commander Rear Adm. Brad Cooper.