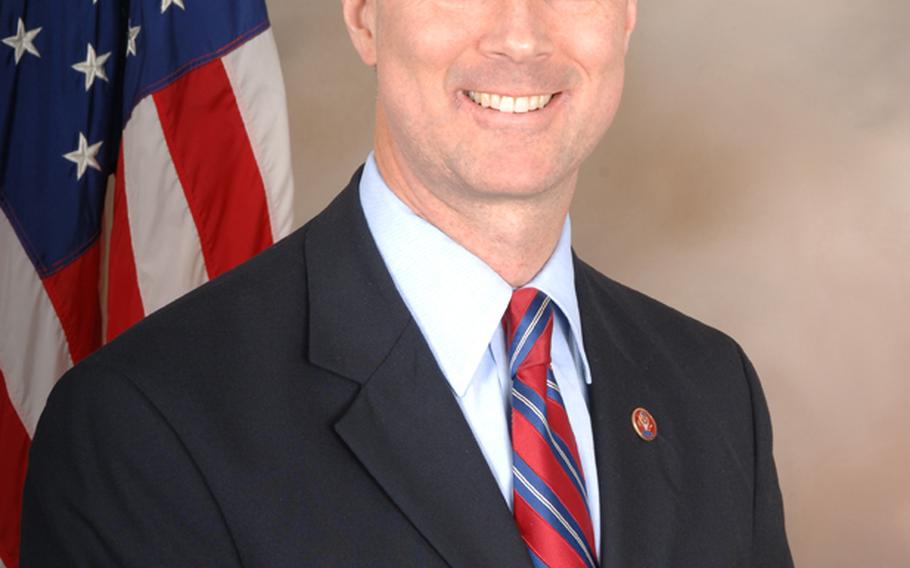 WASHINGTON — The House should oppose cuts to military personnel and equipment this year because they could weaken the United States at a time when global threats are on the rise, the new chairman of the Armed Services Committee said Tuesday.

Rep. Mac Thornberry, R-Texas, staked out a hawkish position for his military oversight committee in his first major policy speech of the new Congress. He signaled he will follow his predecessor and push back against Pentagon plans to reduce servicemember compensation and retire weapons systems such as the A-10 Thunderbolt to balance budgets.

The speech was an early indication of how a new Republican majority in both chambers of Congress may deal with a $523 billion budget cap on defense spending this year, which will likely prompt the White House and Defense Department to again call for a range of cuts. Both are expected to release proposed budgets early next month.

An unpredictable and volatile world “requires the United States to have a military that is both strong and agile, and I think we have a lot of work on both fronts,” Thornberry said at the American Enterprise Institute. “Of course, to be strong, we have to stop the slide in defense budgets.”

The defense budget has dipped over the past four years since the U.S. began wrapping up combat operations in Iraq and Afghanistan. But the conflicts pumped up spending to its highest point in over 60 years, and reductions have still left the budget about $100 billion higher than the lows after the Vietnam War and the Cold War, according to the Center for Strategic and International Studies.

Congress agreed to spending caps beginning this year that will allow defense spending to increase by $1.7 billion and maintain small increases in the coming years. The Pentagon sees the ceiling as a cut because of ballooning personnel costs such as health care and expectations that it protect the country from a growing variety of conflicts abroad.

Thornberry said military readiness is already plummeting and military families are stretched to the breaking point due to the decreases since 2010.

“Our people of course are our most valuable assets,” he said. “We need a comprehensive look at the whole benefit structure rather than nickel-and-dime our people … as the [Obama] administration has proposed.”

Thornberry also said the Pentagon can be “penny wise and pound foolish” when it comes to trimming spending on equipment and that Congress should take a stronger oversight role in deciding whether its proposals are wise.

As an example, he said lawmakers pushed to keep an M1 Abrams tank factory open despite the Army saying it did not need it. The move was criticized but soon after the service sent more of the tanks to Europe in reaction to the instability in the Ukraine, Thornberry said.

“Maybe that is some evidence we made the right call,” he said.

Last year, former Armed Services Chairman Buck McKeon, a California Republican, fought a range of proposed Pentagon budget cuts on troop housing allowances, commissaries, and health care insurance, as well as reductions in equipment including the retirement of the beloved A-10 aircraft and the USS George Washington aircraft carrier.

McKeon ultimately failed to block all the spending cuts and made a last-minute deal with Democratic leadership on the Senate side that allowed some initial reductions in benefits.

As Congress is gears up for another round of budget debates, Thornberry called on lawmakers to keep up defense spending. On the Senate side, Sen. John McCain, R-Ariz., has said he is willing to consider reforms to servicemembers’ benefits to save money but strongly opposed the retirement of the A-10 last year.

Thornberry compared the current budget situation to Congress’ effort in the 1930s to build warships that many viewed as unneeded but eventually were crucial to the victory over Japanese naval forces in World War II.

“We don’t have Imperial Japan and Nazi Germany but we have a rising China and a resurgent Russia,” he said.