New gym, with pool, on the way at Yokosuka 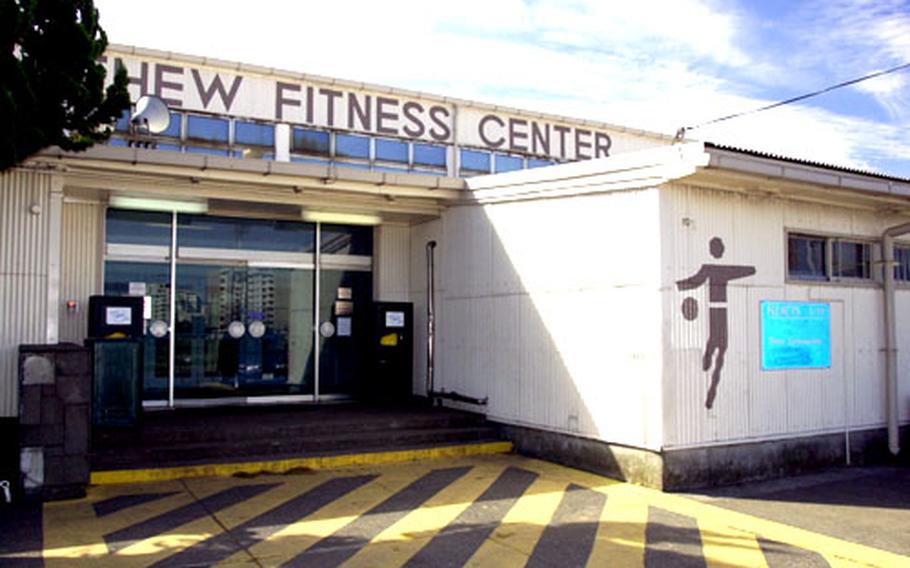 Construction is starting on a new gym to replace the Thew Fitness Center at Yokosuka Naval Base. (Jim Schulz / S&S)

YOKOSUKA NAVAL BASE, Japan &#8212; Inside the aging Thew Gym, people freeze in the winter, roast in the summer and lift weights on a racquetball court.

Aerobics room mirrors are warped and ventilation is poor.

This month, construction started on a replacement gymnasium adjacent to Thew.

The new two-story, $39 million gym to be constructed of reinforced concrete will feature an arched roof and is expected to be ready in about two years.

It&#8217;s been planned for about a decade in line with growth expectations and is part of a two-phase plan to restructure land encompassing Berkey Field.

Its biggest feature will be an Olympic-size swimming pool, which will be on the second floor and can be used for the Navy&#8217;s Physical Fitness Assessment and rescue training. It will be the base&#8217;s largest indoor pool with a maximum depth of 13 feet.

The gym will have cardio and selectorized machines, weight rooms, locker rooms with saunas and maybe a steam room, officials say. There will be three racquetball and two basketball courts, and a martial arts room.

Exact uses will be detailed as completion nears, Dillingham said.

The Japanese government is funding the project under the Japan Facilities Improvement Program. The U.S. government will pay for interior furnishings and new equipment similar to machines and equipment at other U.S. military installations.

The second phase of the project will restructure the road leading around Berkey Field.

About five buildings will be removed including the Youth Center. New multipurpose, softball and soccer fields, a driving range, tennis courts, picnic pavilions and a road will be constructed, Grant said.