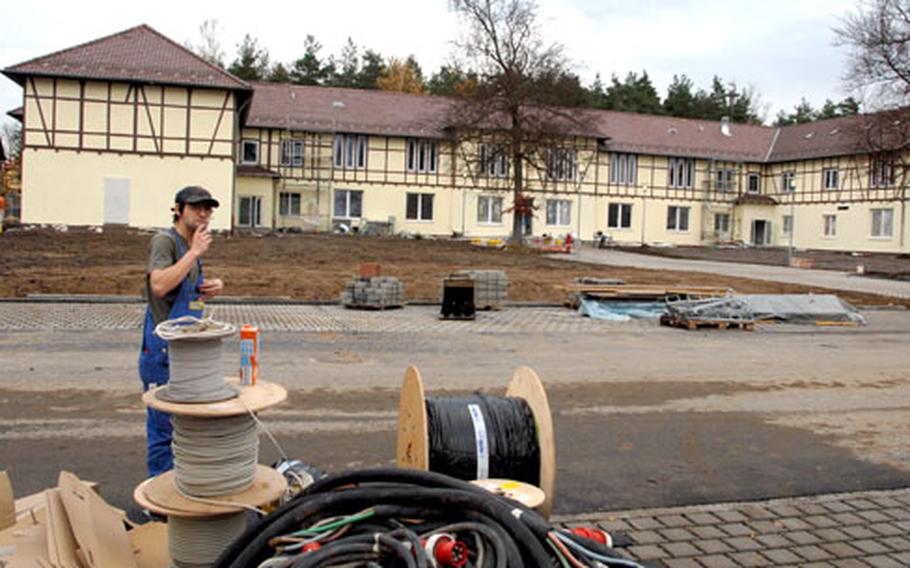 A construction worker takes a break outside the new U.S. Army Garrison Grafenwöhr headquarters, which is scheduled to open in January. (Seth Robson / S&S)

A construction worker takes a break outside the new U.S. Army Garrison Grafenwöhr headquarters, which is scheduled to open in January. (Seth Robson / S&S) 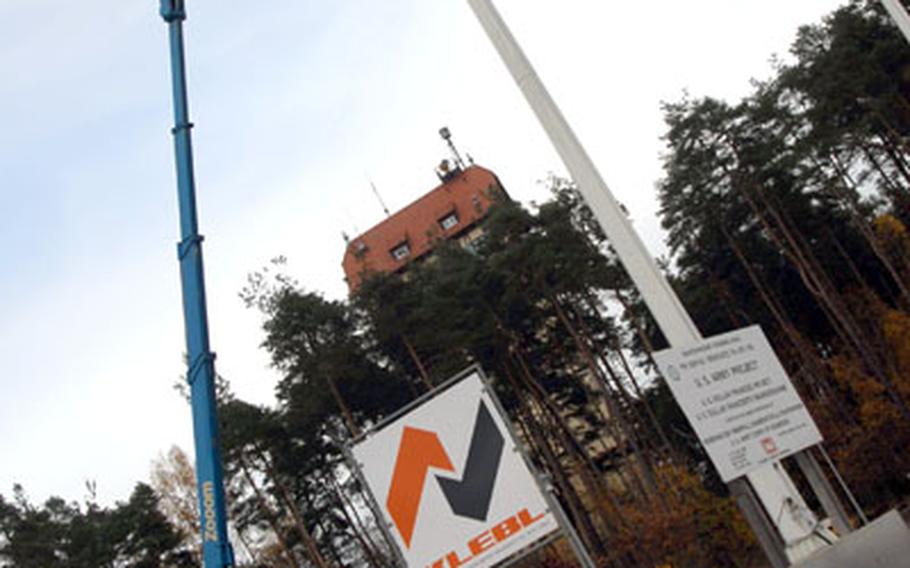 GRAFENW&#214;HR, Germany &#8212; The Joint Multinational Training Command (JMTC) and U.S. Army Garrison Grafenw&#246;hr are preparing to occupy a pair of newly renovated headquarters facilities due for completion here in the next month.

JMTC&#8217;s two massive flagpoles were recently planted in front of its new headquarters complex, which includes several renovated buildings linked together to form one facility next to the parade ground and Grafenw&#246;hr&#8217;s distinctive house-shaped water tower.

The headquarters complex is made up of buildings that used to house a hospital, dental clinic, library, Provost Marshall&#8217;s office, SATO Travel, JMTC public affairs and a Pond security guard office, he said.

Meanwhile, garrison staff are preparing to move into another newly renovated building on the other side of Grafenw&#246;hr&#8217;s Main Post.

The garrison will occupy its new headquarters early in January, she said.

The base will grow from a 1,000-soldier garrison with 2,000 military family members to a brigade-size facility with 4,500 active-duty soldiers and 7,000 family members over the next few years, Bartsch said.

Both of the newly-renovated headquarters occupy buildings were constructed in 1910 when Grafenw&#246;hr was originally built as a training area for the Bavarian Army. The support brigade headquarters building was built in the 1930s as a barracks, Bartsch said.