New gear doesn’t leave soldiers out in the cold 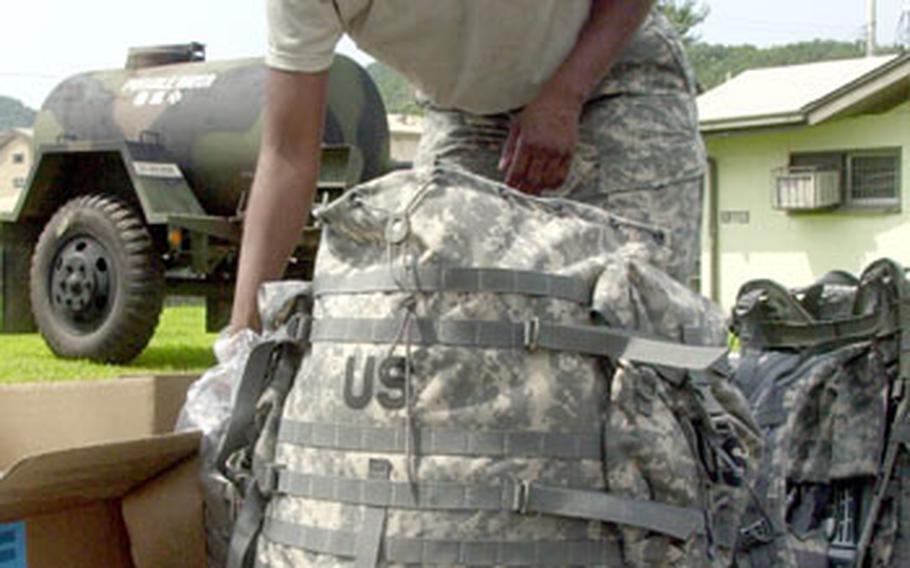 But mixed among the many who received the third-generation Extended Cold Weather Clothing System uniforms were soldiers like Pfc. Maurice Williams, who says it&#8217;s colder in South Korea than back home in Rochester, N.Y.

"We&#8217;re higher up in the mountains," said Williams of 1st Brigade&#8217;s Special Troops Battalion. "Here in the wintertime, your sweat will freeze."

The cold weather uniform comes in multiple layers; most of them have longer tails that prevent wetness from rolling down the back while allowing more airflow, said Emy Davis of Program Executive Office Soldier, which develops and fields Army equipment.

Unlike the past uniform, the layers allow soldiers to mix and match to their comfort level. And the new colors allow soldiers wearing different layers to look the same as others in standard combat uniforms.

Each layer is made from Polartec synthetic fabric and can be machine washed. The system is rated to SPF 15 and can withstand temperatures of 60 degrees below zero.

Soldiers traveling to cold climates, including Afghanistan, will keep the cold-weather gear.

The new rucksack system, called the Modular Lightweight Load Carrying Equipment, or MOLLE, is considerably bigger than previous designs and looks a little more like the current Marine rucksack.

The new assault pack attaches to the main pack and allows sand and water to drain out. Both packs have improved shoulder straps, and the main pack should shift weight to the hips and shoulders if fitted properly.