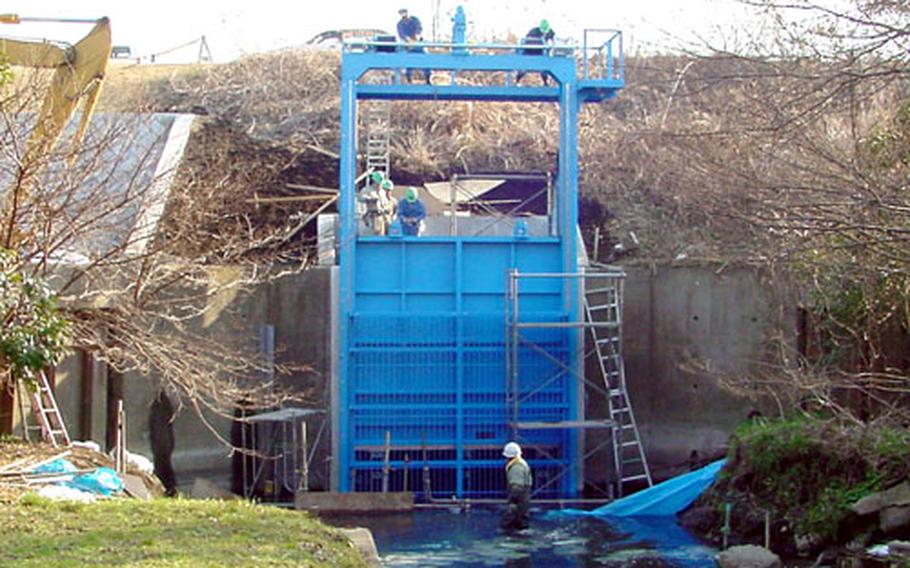 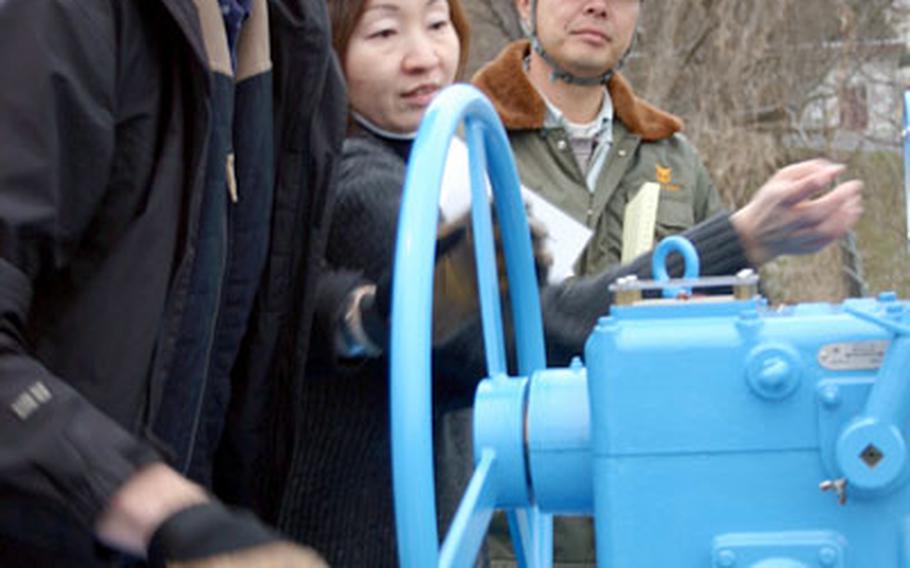 NAVAL AIR FACILITY ATSUGI, Japan &#8212; It&#8217;s bright blue &#8212; apropos for a Navy base &#8212; and is aimed at saving communities around Atsugi some headaches should a fuel truck overturn or a fluid line rupture.

Atsugi has a new spill gate, believed to be the largest in Japan, at the ready in case of such disasters. It&#8217;s designed to slam down and stop any liquid in the Tade River on base from seeping off, said Roy Miller, environmental protection specialist.

The river then would back up behind the massive steel gate, he said, floating dangerous chemicals to the surface, where the base&#8217;s skimmers could suck them up.

He said he asked for the spill gate after arriving on the job in April 2004. It was completed last month.

A short distance away, the base maintains gallons of chemicals and fluids needed to maintain an air wing and its aircraft. The Japan Maritime Self-Defense Force has its own fuels and aircraft nearby.

In justifying the cost &#8212; $277,000, which the base paid &#8212; Miller told base officials that in addition to a steel door to stop the water flow, the spill gate also would feature a sturdy steel grate to stop someone from sneaking on base through the river. It replaced a lesser grate.

The roughly 10-by-12-foot gate was built within budget by Mitsui Engineering Shipbuilding Co. and is expected to last 30 or more years, Miller said.

With the safety mechanism in place, he said, the community is safer and chances of causing concern to off-base neighbors are lessened.

The gate initially was to be painted red.