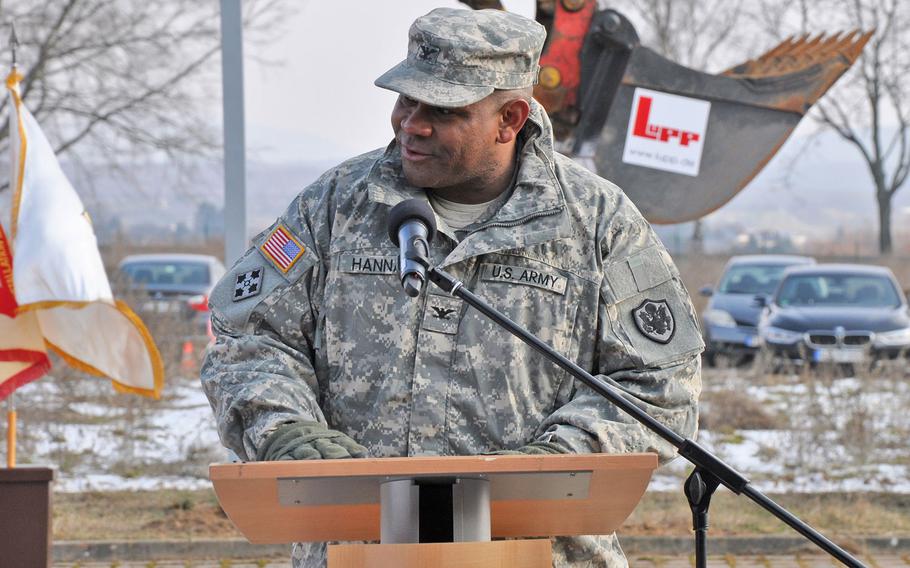 Wiesbaden will open a new shopping complex on Friday, consolidating a number of disparate shops and services into one location.

At 143,000 square feet, the new Wiesbaden shopping center is almost twice the size of the main exchange store it will replace at Hainerberg housing. It incorporates sports, electronics, toys and other items that have long been sold out of separate locations miles away from most base housing.

The old exchange will close Thursday, and the new center will open at 9:30 a.m. Friday.

Lt. Col. Al Hing, an exchange spokesman, said he was at the new facility Wednesday morning, “and they have been busting tail to move stuff from five different major sites into one.”

Planning for the complex has been in the works for the better part of a decade, following the selection of Wiesbaden as the site for the U.S. Army’s new European headquarters.

Although U.S. Army Europe’s headquarters finished its move to Wiesbaden in 2013, a constant flurry of renovations and new construction have left the impression of a community in a perpetual state of construction.

The completion of the new exchange is one piece of a larger puzzle, opening up space to relocate other on-base activities and services.

Friday’s grand opening includes a number of special events, including giveaways and autograph signings by American sports personalities. Starbucks, a long-awaited addition to the community, opens at 7 a.m., Hing said.