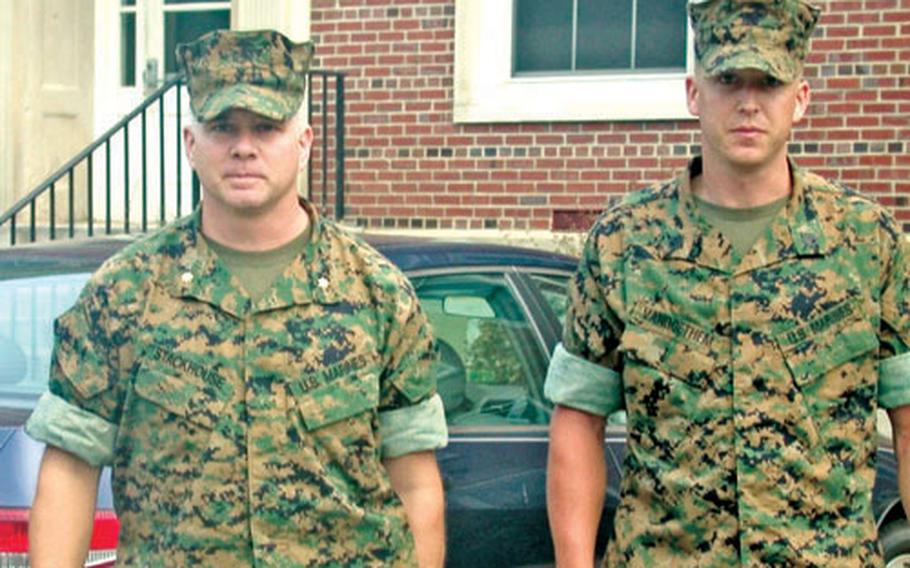 QUANTICO MARINE BASE, Va. &#8212; The team representing a Marine accused of negligent homicide in the traffic death of a Romanian rock star last winter began to lay the groundwork Tuesday for what appeared to be a bold defense: that the singer did not die as a result of the collision, but from some other cause.

The unexpected defense strategy began to emerge during the second day of the court-martial that will determine the fate of Staff Sgt. Christopher VanGoethem, a former commander of the Marine security detachment at the U.S. Embassy in Bucharest, Romania.

Teofil Peter, a 50-year-old veteran producer and bassist for the rock band Compact, died after a collision that occurred in the early morning hours of Dec. 4, 2004.

The defendant&#8217;s lawyers would not reveal the reasons for wanting to cast doubt on the collision being the cause of death, but would only say they would be challenging that finding.

In addition to negligent homicide, VanGoethem is facing charges that he committed adultery with an embassy official&#8217;s daughter the night of the accident, then obstructed justice and made false statements in an attempt to cover up his involvement with the woman.

A guilty verdict on all four charges could result in a maximum punishment of a dishonorable discharge and up to 14 years in military jail.

Listening to the arguments was the seven-member board that is the military equivalent of a jury. Selected on the opening day of the trial on Monday, the board consists of three gunnery sergeants, a staff sergeant and three majors.

Then he lied to investigators about his whereabouts the night of the accident, Miracle said.

VanGoethem&#8217;s wife, Kathy, who also worked at the embassy, was not there at the time. She had left the country along with the couple&#8217;s two children in preparation for the family to change stations, according to Mark Wilson, the embassy&#8217;s assistant regional security officer and witness for the prosecution.

The embassy official&#8217;s daughter, Ilse Wentworth, first corroborated VanGoethem&#8217;s version of events, but later admitted to Wilson and other embassy officials that the Marine had asked her to lie on his behalf, Wilson said.

In his own opening statement, VanGoethem&#8217;s lead defender, Maj. Phil Stackhouse, told the board that Bucharest traffic is so &#8220;chaotic&#8221; and the intersection where the accident occurred so confusingly marked that the Marine guard could not possibly have avoided the collision, even though he was driving under the posted speed limit &#8220;and the taxi was speeding.&#8221;

As for the charges of adultery and lying, Stackhouse said, the board will hear from Wentworth herself when she takes the witness stand for the defense at some point in the trial.

He acknowledged, however, that Wentworth could prove to be a wild card.