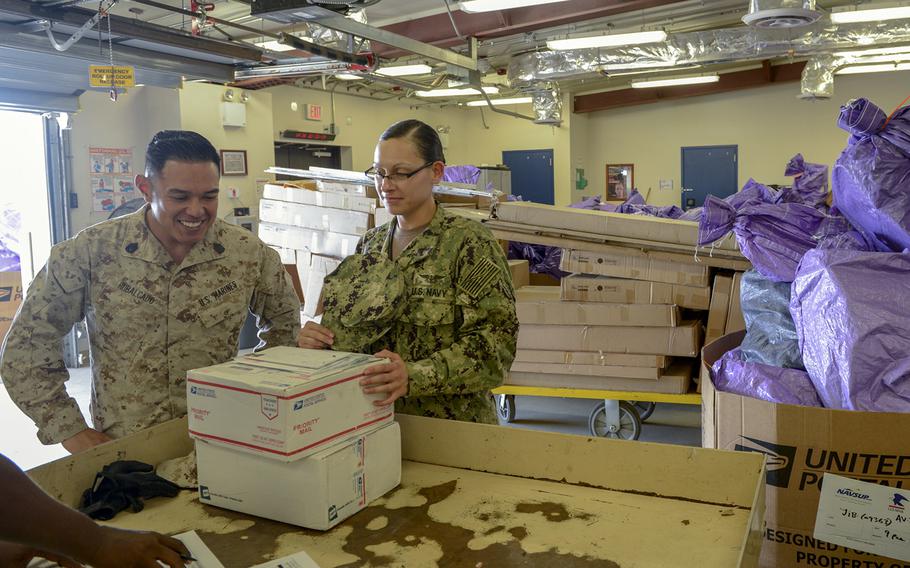 STUTTGART, Germany— Mailing packages from military post offices is about to become more of a hassle following a new U.S. Postal Service rule that is doing away with handwritten customs declaration forms.

Beginning March 6, clerks at military post offices overseas will require customers to use an electronic version of the PS Form 2976 that should be typed and printed, the U.S. Postal Service said in a recent announcement.

U.S. Army Europe in a statement Wednesday said it is working to delay the policy change, which is expected to cause longer waits for customers. But while the Army tries to negotiate a delay, the military community should anticipate the change taking effect in March, USAREUR postal chief Bill Hilsher said.

For decades, filling out paper customs forms has been a fixture of military life for service members overseas, particularly during the holiday season when customers cram into postal offices.

Another option is filling out forms and printing them at home in advance. There also are plans to set up computer-equipped kiosks at military post offices, USAREUR said.

The military currently has a limited exemption for mail destined for non-U.S. addresses.

Otherwise, the changes apply to all U.S. post offices, military and non-military, the postal service stated. A fillable customs form can be found on the U.S. Postal Service website.