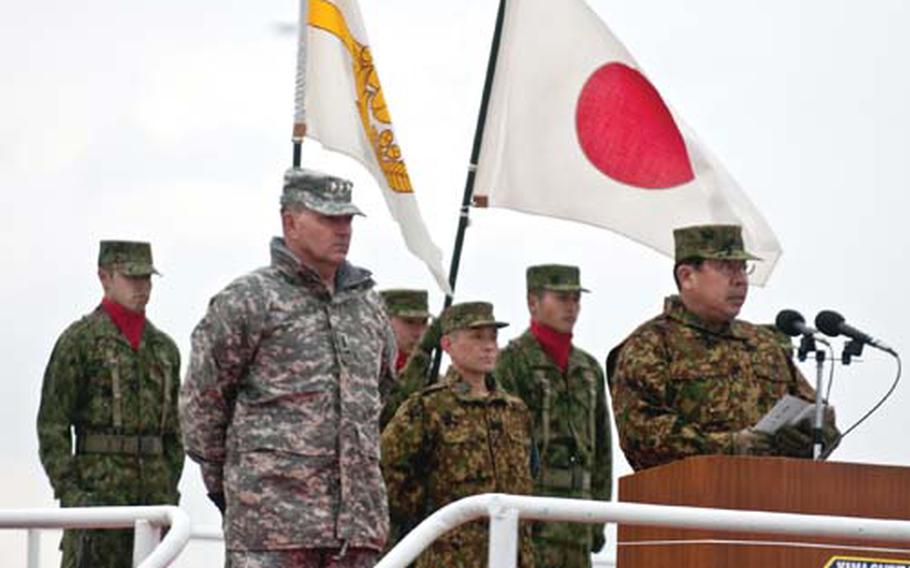 From a North Korean missile attack to a natural disaster, American and Japanese forces are preparing for the worst this week during their annual exercise in northern Japan dubbed Yama Sakura, or Mountain Cherry Blossom.

The longstanding exercise in Hokkaido, which wraps up Monday, brings together about 1,500 U.S. and 3,500 Japanese troops.

It will be the first test of the U.S. Army&#8217;s newest contingency command in the Far East, I Corps Forward, based at Camp Zama.

With about 90 soldiers, the small unit is charged with establishing the command and control headquarters for combat or humanitarian operations in Japan.

&#8220;The most difficult aspect is getting there and getting established when crisis occurs,&#8221; U.S. Army Japan Commander Maj. Gen. Francis Wiercinski, who also commands I Corps Forward, said Saturday before the exercise kicked off. &#8220;But with I Corps Forward that&#8217;s already done.&#8221;

I Corps Forward is &#8220;perfectly designed&#8221; for peacekeeping and humanitarian aid and disaster relief scenarios but would need augmenting for combat operations, Wiercinski said.

For the first time, U.S. and Japanese forces will share an operations center during Yama Sakura and will test a new joint computer platform that improves information sharing, he said.

Among the war-game scenarios that will play out this week is a North Korean missile attack, which would trigger the U.S.-Japan missile defense shield &#8212; an air, ground and sea-based system. Army operations in such a situation, which the Air Force would command, include positioning Patriot missiles stationed in Japan to defend key civilian and military centers, Mixon said.