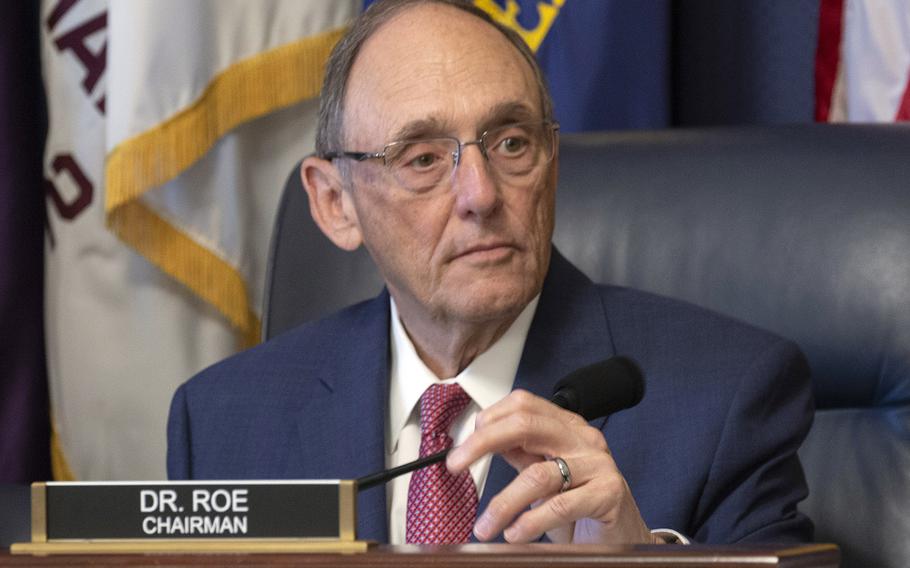 WASHINGTON — A congressional subcommittee was established Thursday with its primary goal to oversee a multibillion-dollar project to replace the antiquated electronic health record system at the Department of Veterans Affairs.

The VA signed a contract with Cerner Corp. in May to overhaul its health record system and make it compatible with the Defense Department. Lawmakers have expressed concerns about the project because of previous failed attempts by the VA and DOD to merge their systems.

“As the department embarks on the nation’s largest [electronic health record] overhaul, it is critical that we ensure veterans and taxpayers are protected throughout the transition,” Roe said.

The VA’s contract with Cerner costs $10 billion for the next 10 years, but congressional estimates put the total at $16 billion, including other improvements that the VA will need to implement the new system.

The overhaul is intended to allow medical records for transitioning servicemembers to be shared immediately with the VA — a capability that lawmakers have been requesting since 2000. A previous plan was abandoned in 2013 because of cost concerns, after the VA and DOD had already spent about $1 billion.

“I have no illusions about the challenge confronting VA in this monumental undertaking,” Banks said Thursday in a statement. “I am committed to asking the tough questions and challenging the bureaucratic status quo. Veterans and taxpayers expect nothing less.”

Robert Wilkie, President Donald Trump’s nominee for VA secretary, signed the Cerner contract during his months as acting secretary. At his Senate confirmation hearing June 27, he named the project as one of his top priorities for the agency.

“The interoperability of the new electronic health records system will connect VA to the DOD, private doctors and private pharmacies to create a continuum of care and organize the healthcare around our veterans’ needs,” Wilkie said. “This is also our opportunity to turn the corner and be an industry leader on opioid abuse intervention and suicide prevention.”