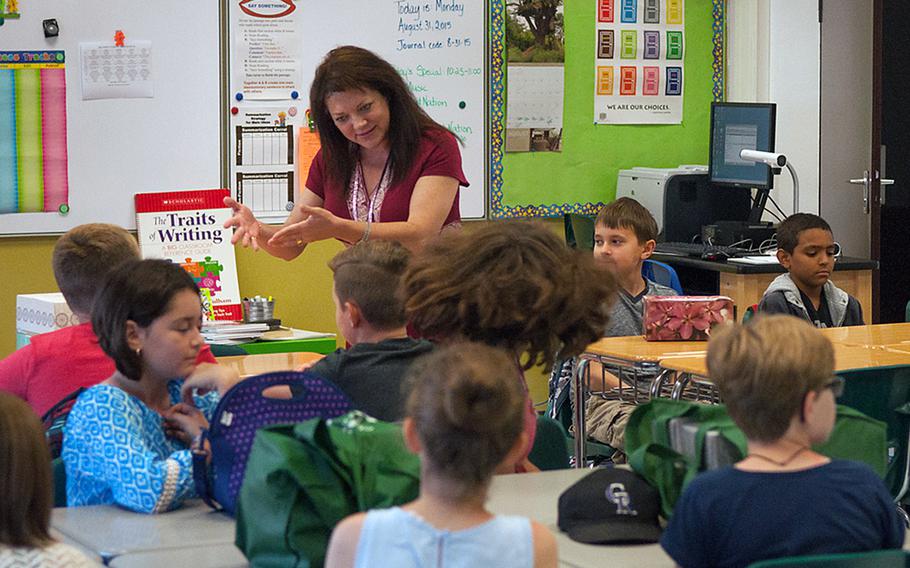 Eight community superintendents will be hired to assist the district superintendent while also overseeing schools, DODEA spokesman Will Griffin said.

The new positions were created under a DODEA restructuring plan announced last year that, in Europe, will shrink the number of districts from four to three, beginning with the 2016-17 school year. Instead of Bavaria, Kaiserslautern, Isles and the Mediterranean, DODEA schools in Europe will be grouped under Europe East, Europe West and Europe South.

The community superintendents will provide guidance to staff on school activities and lead professional development among other duties.

The restructuring of staff positions above school-level comes as DODEA continues to roll out new College and Career Ready Standards, a set of curriculum guidelines based on the Common Core state standards for pre-kindergarten through 12th-grade students.

The organizational changes “will support school operations across the spectrum, not just with college and career readiness implementation,” Griffin said, getting “resources down closer to school level.”

Other changes include moving specialists who support instruction from headquarters offices out to the school districts, Griffin said.