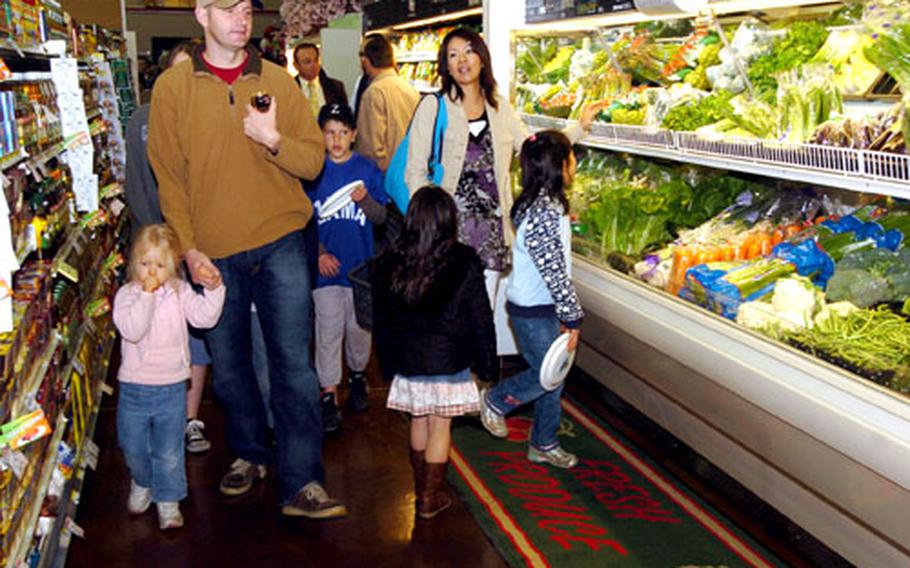 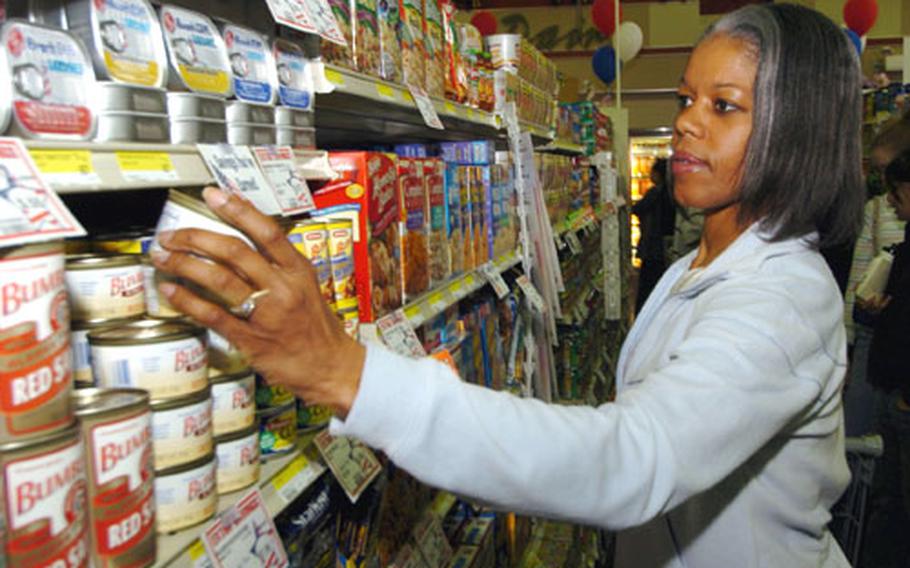 1st Sgt. Arlette Farrish, 287th signal command 78th signal battalion, buys groceries on a Saturday morning at Camp Zama’s grand opening. “I like the commissary because you get more products and you can get off work and get to this area easily," Farrish said. "It is also quite easy to stop by on my lunch break and we get an extra day to shop.” (Christopher B. Stoltz / S&S)

Having moved to a remodeled Building 690, next to the Child Development Center, the new 13,100-square-foot facility is more than twice the size of the old commissary, said Nancy O&#8217;Nell, a public affairs officer for the Defense Commissary Agency.

This means the store can now stock an additional 2,000 items on its shelves, she said.

Some of the new products appearing on the store shelves include an increased number of health and wellness products, such as whole wheat tortillas and breads, O&#8217;Nell said.

The store has also switched from the older coffin-style freezers to upright freezers, which makes it easier to display and pick out products. While the store still does not have a full deli, it will now offer wrapped deli meats brought in from Sagamihara.

Other new amenities include plants for sale, more parking, and increased hours of operation. O&#8217;Nell explained that the commissary will now be open from 10 a.m. to 7 p.m. six days a week, as opposed to five days in the past, and will be closed only on Thursday.

O&#8217;Nell said the opening of the new commissary on Camp Zama was part of scheduled improvements.

Several soldiers were on hand for the grand opening and voiced their opinions.