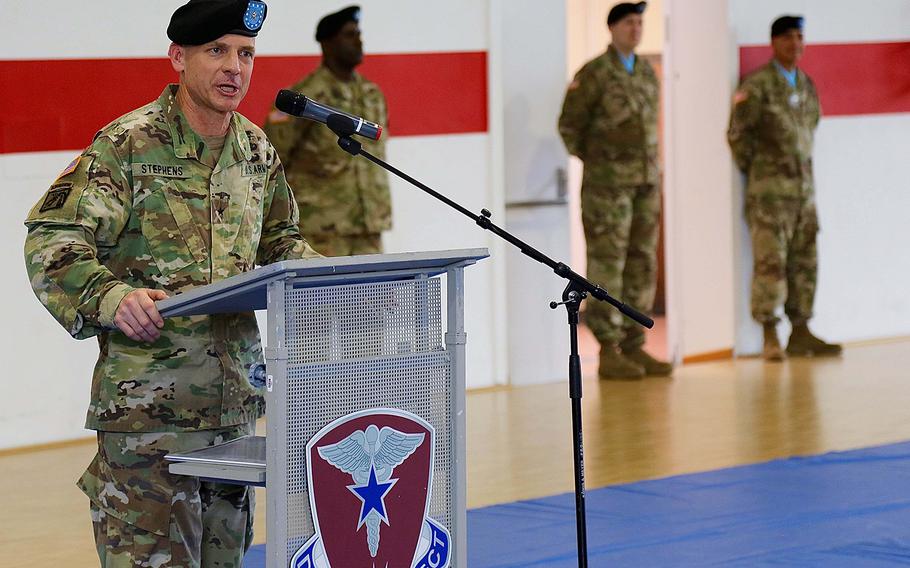 LeMaster leaves Sembach for Hawaii, where he will take command of Regional Health Command Pacific. Stephens most recently served as the Army Medical Command’s deputy chief of staff for support.

Stephens told Stars and Stripes at the change-of-command ceremony that his priority would be maintaining operational readiness.

“First and most important is always readiness,” he said. “So we’ll be working hard to make sure we’re maintaining and improving a medically ready force and a ready medical force.”

The regional command’s reach includes all of Europe and stretches as far east as Turkey.