New commander takes over at US base near DMZ 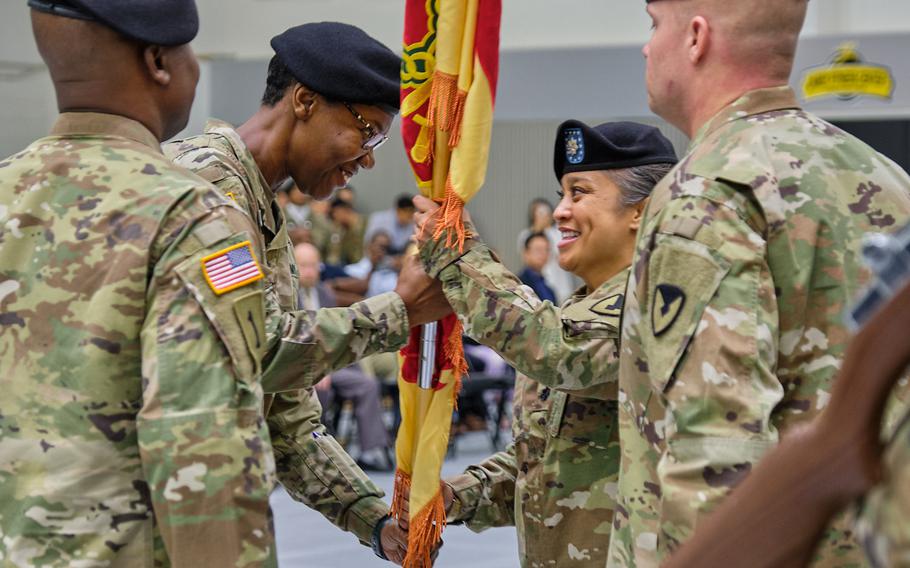 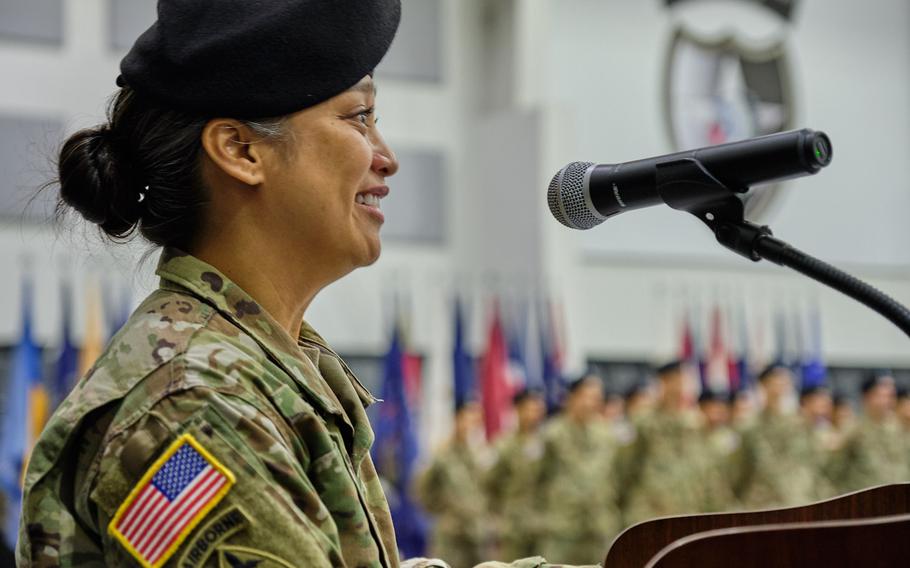 CAMP CASEY, South Korea — There’s a new commander in charge of the last large military base occupied by U.S. forces near the Korean Demilitarized Zone.

Lt. Col. Diosabelle Buack took command of Camp Casey from outgoing commander Lt. Col. Brian Jacobs during a ceremony Tuesday at the Carey Fitness Center attended by troops, family members and officials from the nearby city of Dongducheon. Buack has responsibility for the base itself, which supports about 10,000 personnel, including tenant units.

“We are serving at a time of great change here on the peninsula,” Col. Monica Washington, commander of U.S. Army Garrison Yongsan-Casey, said during the ceremony.

The K-16 Air Base, Yongsan Garrison and Camp Casey are together officially known as U.S. Army Garrison Yongsan-Casey.

Over the past three years, the U.S. Army presence in South Korea has shifted gradually from Yongsan Garrison, in the heart of Seoul, to Camp Humphreys, 55 miles south.

Camp Humphreys, a sprawling base built at a cost of nearly $11 billion, is now home to U.S. Forces Korea, the Eighth Army, the 2nd Infantry Division and other commands.

“What has not changed during this time frame is the strength and resilience of the (South Korean)-US alliance,” she said.

Relinquishing his role, Jacobs told the assembly that neither he nor his subordinates truly ran the garrison.

“Over 30 Department of the Army civilians, and over 300 Korean national employees dedicate and commit themselves to delivering exceptional services to the customers of this community that we are sworn to support,” he said.

Fighting back tears, Buack thanked her mother and father, who flew in from California to attend the ceremony.

Buack, who will serve as commander for the next two years, said she is committed to furthering the garrison’s relationship with Dongducheon and Gyeonggi province, and contributing to the combat readiness of the 2nd Infantry Division, which has a brigade at Camp Casey.

Most units that were based at Camp Casey have either been inactivated or relocated to Camp Humphreys.

“We are still moving south, eventually,” said Jacobs. “We promised these camps were closing and given back to the Koreans. The mark keeps moving, but we made that promise and our leaders intend to fulfill it.”

While no date has been confirmed for the move south, Jacobs said Camp Casey will still be around for several more years.