New commander takes over at Humphreys 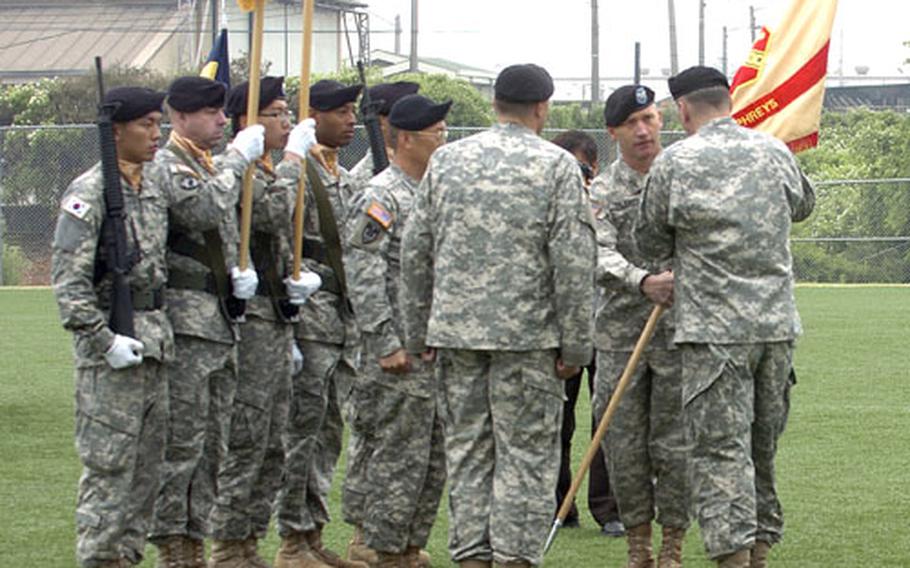 Succeeding Taliento in the politically sensitive job is Col. John E. Dumoulin Jr., who assumed command at Humphreys after serving since July in Area III as commander of U.S. Army Garrison-Daegu.

The Humphreys garrision is responsible for day-to-day operations at U.S. military installations in Pyeongtaek, Suwon and Wonju.

The position has become especially key in the past several years as Humphreys works toward tripling in size, with plans calling for expansion onto thousands of acres of nearby land provided by the South Korean government.

The project touched off large-scale and often violent protests in 2005 and 2006 by anti-U.S. activists who oppose the expansion and the U.S. military presence on the peninsula.

The expansion amounts to &#8220;probably the largest base transformation I&#8217;ve witnessed in my entire career,&#8221; Aycock said.

Taliento should be proud because he and his staff had accomplished &#8220;a staggering number of major construction projects, force protection initiatives, and quality of life improvements,&#8221; Aycock said.

In his farewell remarks, Taliento said &#8220;there was no shortage of significant events, which have forever marked the face of change here at Humphreys Garrison and the future of the ROK-U.S. Alliance.&#8221;

&#8220;I believe these three years can be defined and characterized by one simple word: change,&#8221; he said.