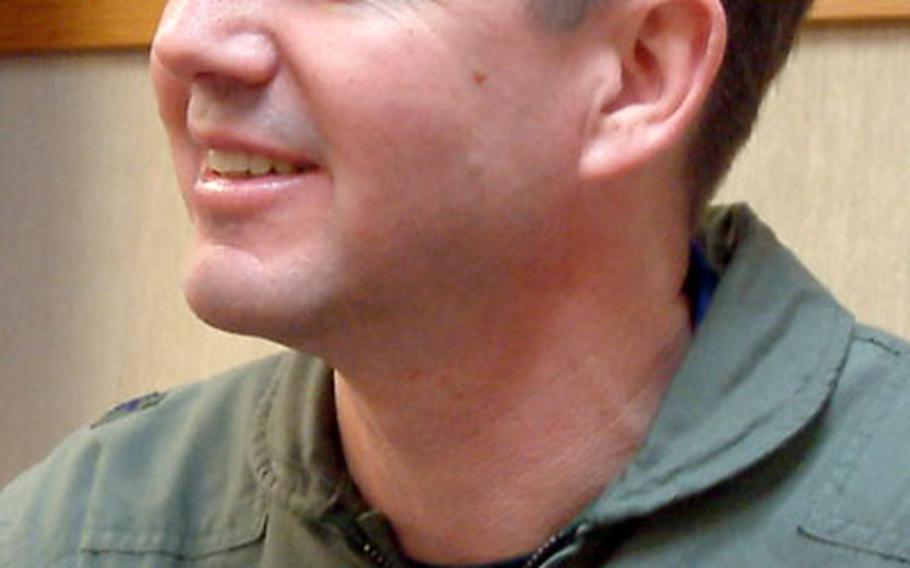 &#8220;I was astonished when I was notified I was coming out here,&#8221; Jouas said during a recent interview at 18th Wing Headquarters. &#8220;But I was also very happy and very pleased because Kadena has such a great reputation throughout the Air Force. Now that I&#8217;ve been here I can see why.&#8221;

About 23,000 people live on the base. Some 8,000 are assigned to the 18th Wing and associate units. The rest are soldiers, sailors, Marines, civilian employees and their family members.

Jouas said the base&#8217;s mission is twofold: &#8220;to provide for regional security in the interests of the United States and Japan&#8221; and &#8220;to organize, train and equip our forces and provide them for the combatant commanders around the globe.&#8221;

He said the Air Force&#8217;s Air Expeditionary Force concept, in which airmen are assigned to AEF units for 120 days every 15 months, makes deployments from Kadena manageable.

&#8220;We are fortunately at the moment not heavily deployed,&#8221; he said. The next batch of 18th Wing airmen will become part of an AEF scheduled for deployment in May.

&#8220;That&#8217;s when we&#8217;ll have some hundreds of our airman deployed to different locations around the world, some of them in Iraq, some in Afghanistan, some in other locations wherever they are needed,&#8221; he said.

While the United States and Japan are discussing possible changes in the U.S. force structure in Japan, Jouas does not believe they will affect his facility.

One recent change is the Japan Air and Maritime Self-Defense Forces presence on Kadena during runway construction on its base in Naha.

Another major challenge of commanding Kadena, he said, is ensuring good relations are maintained with local communities. The air base lies within municipalities Kadena and Chatan towns and Okinawa City.

He said the base makes a special effort to be open. For example, during the most recent operational readiness exercise, &#8220;We brought members of the outside community (local officials and the media) onto the base to demonstrate what it was we were going to do,&#8221; Jouas said, &#8220;the ground blast simulators and the other material that we use during our exercises.

Jouas said what he likes most about Okinawa was the local people. &#8220;I&#8217;ve had many opportunities to get off base and interact socially and they&#8217;re just very friendly,&#8221; he said. &#8220;At times you may read things in the press that might make you think otherwise but I&#8217;ve found that absolutely not to be the case.