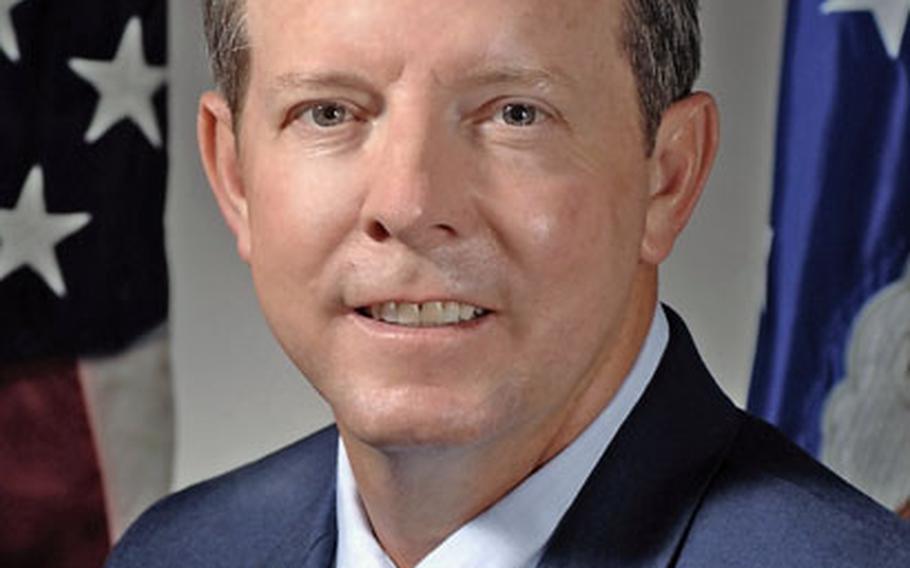 McKinley has had three different career specialties in the Air Force, medical, maintenance, and first sergeant &#8212; and the only one he chose himself was emergency room technician, back when he first entered the Air Force in 1974.

After McKinley&#8217;s initial enlistment, which included a posting to Seymour Johnson Air Force Base, N.C. as an emergency room technician, McKinley decided to go back to civilian life.

For four and a half years, he attended nursing school during the day and helped run a hospital emergency room, or ER, at night. Then he began to think about coming back to the Air Force.

During a June 26 interview with Stripes, McKinley described his unusual career path, why he decided to come back to the service when his options were limited, and how he made it all work well enough to become the Air Force&#8217;s top enlisted airman.

&#8220;On the outside, I had a decent job, but it was not security for the future. I was 26, and I had two kids. I was looking for the long term, not just what my paycheck was week to week.

&#8220;[For example,] I love to play golf. I had an annual membership at Seymour Johnson that was $90 a year. I could play golf all day long on my days off, any time I wanted to. Once I walked outside the gate and was no longer a member, you know if I wanted to play gold, it was $26 every time I played, versus $90 for the whole year.

&#8220;But what I really liked was the camaraderie of the Air Force. You were there for a higher purpose. I liked wearing the uniform.

&#8220;[The Air Force was] at the point where they weren&#8217;t accepting prior service anymore. There were only a couple jobs open [to me]: crew chief and weapons.

&#8220;And so I decided to just try to be the best crew chief I possibly could.

&#8220;I never had any thoughts in the world of making chief, no thoughts. I just wanted to try to learn as much about the A-10 aircraft as I could and be the best crew chief I possibly could be.

McKinley was given the same choice facing airmen in current involuntary retraining programs: take a new job selected by the service &#8211; in his case, become a first sergeant &#8212; or leave the Air Force.

As he continued to climb the Air Force&#8217;s career ladder, McKinley said, he found himself reaching back to his earliest Air Force training: lessons he learned as an emergency room technician.

Throughout his career, McKinley said, his basic philosophy stayed constant:

&#8220;Whatever job the Air Force gives you, you do the very best job that you can. You leave it up to your leadership what&#8217;s going to happen to you from there.