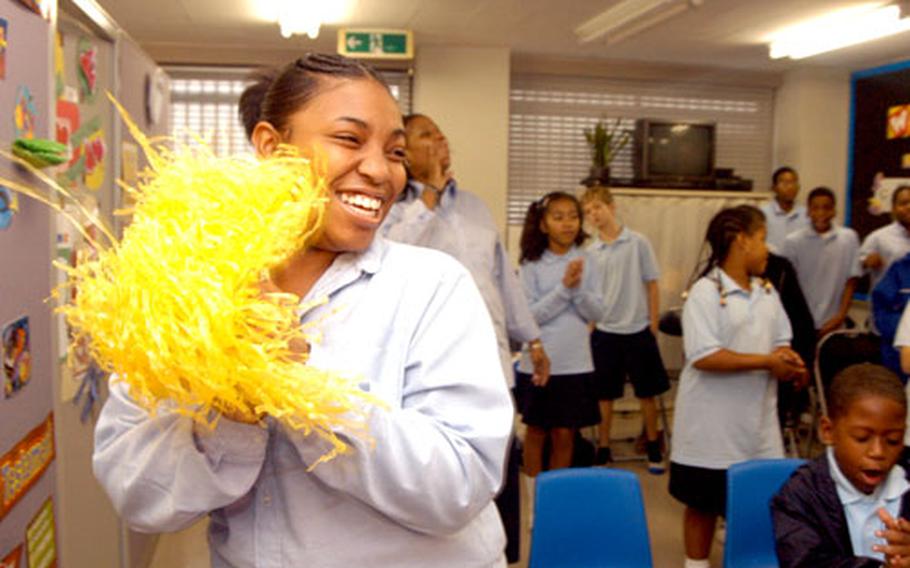 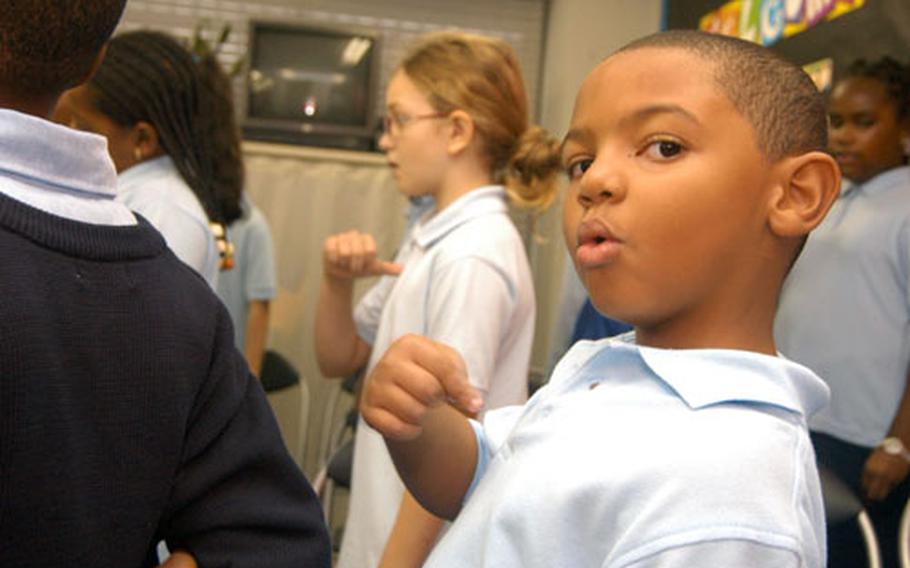 YOKOSUKA NAVAL BASE, Japan &#8212; The entire student body of the Christian Achievement Academy fits in a glorified cubicle.

That makes it easy to have all-school pep rallies every morning and to fit all eight grades on a single floor of an office building.

Christian Ministries Far East opened the school, just outside Yokosuka Naval Base&#8217;s Womble Gate, on Aug. 30 as a sister school to Tokyo&#8217;s Christian Academy in Japan. The church owns the four-story building, operates a sanctuary on the third floor and rents the fourth floor to the Church of Jesus Christ of Latter-day Saints.

The second miracle was the response from parents, Hester said.

Instead of putting their children in an on-base public school run by the Department of Defense Dependents Schools-Pacific system or in a Japanese school, several parents opted to place children in CAA. Tuition costs $4,250, and parents pay for students&#8217; textbooks.

Seventeen students started the year at the school, which runs from first through eighth grade. Now CAA is up to 21 kids and is nudging capacity in the elementary school, said assistant principal Yolanda Bowie, who also teaches math, science and history.

Some parents are attracted by the school&#8217;s Christian bearing &#8212; CAA presents every subject from &#8220;God&#8217;s point of view,&#8221; according to promotional materials. CAA&#8217;s five teachers, &#8220;some certified and degreed&#8221; according to CAA literature, use the Ten Commandments to regulate behavior and Bible passages to illustrate academic points.

&#8220;I didn&#8217;t have any problems with the base school, but my daughter needed work in math and I thought the smaller classroom and more individualized attention would help her,&#8221; said Yokosuka resident Marie Friddle. She placed her fourth-grade daughter and her sixth-grade son in CAA.

These &#8220;kinds of schools&#8221; graduate highly successful students who score well on PSAT, SAT and other tests and emerge well-rounded and disciplined, Hester said.

According to DODDS Pacific spokesman Charles Steitz, DODDS is &#8220;very supportive&#8221; of homeschooling and non-Department of Defense Education Activity schools.

CAA needs to work with the installation commander for access to DODDS facilities and activities, he said. Standardized testing is a responsibility of the private school, he added.

Hester said the details of both issues are being worked out. Also in the works is CAA&#8217;s accreditation. It won&#8217;t complete the Association for Christian Schools International accreditation process for three to five years, Bowie said. By that time, the school may look a little different.