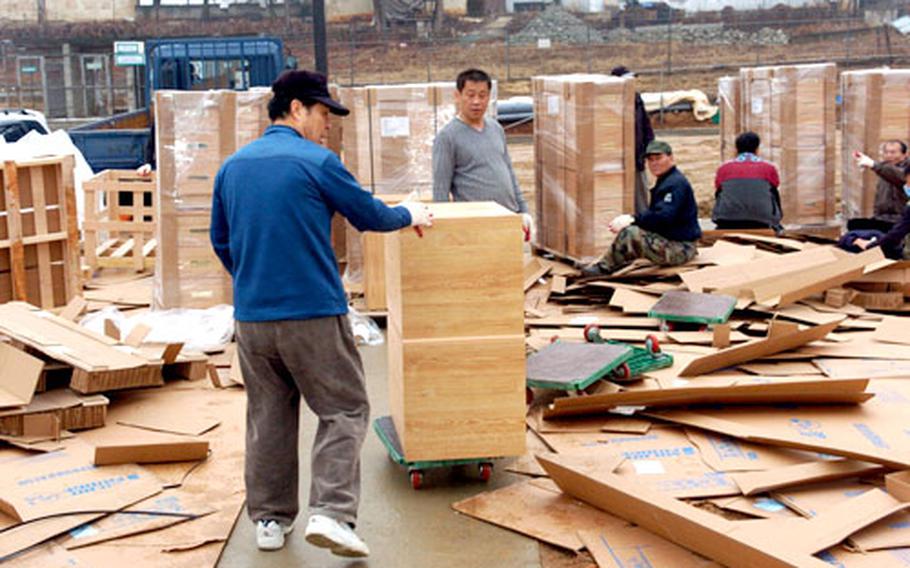 The $27.5 million complex has gone up in the installation&#8217;s Zoeckler Station area and also features a dining facility that is set for completion by June 23, he said.

Each building has two elevators, an exercise room, laundry room and mudroom, common kitchen area, lounge and storage areas for each occupant.

Barracks rooms have a bathroom and shower to be shared by two occupants and wiring for phone, Internet and cable TV service.

The one-story ground floor dining hall will accommodate 800 diners. It will include a carryout food area and islands for hot and cold foods, a salad bar and other amenities now common in Army dining halls.

Construction of the complex comes as the U.S. military goes forward with plans to transform Camp Humphreys into its main installation in South Korea by 2008. The post is slated to triple in size and see its population grow from about 11,000 to 45,000.

The barracks will house soldiers of the Army&#8217;s 501st Military Intelligence Brigade, which will eventually be based at Camp Humphreys, said Maj. Stacie Hatten, the brigade&#8217;s logistics officer.