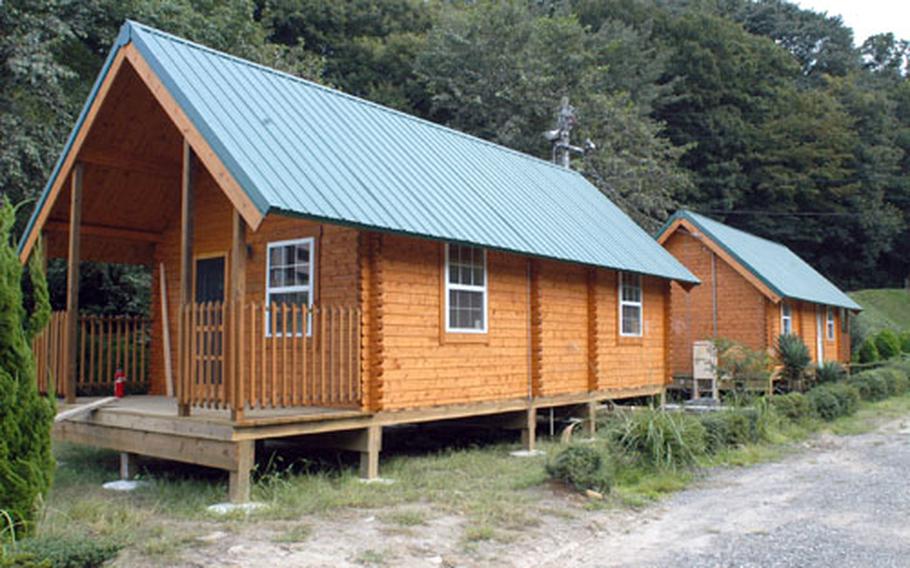 Two of the new standard cabins at the Tama Hills recreation area outside Tokyo. (Courtesy of U.S. Air Force)

Two of the new standard cabins at the Tama Hills recreation area outside Tokyo. (Courtesy of U.S. Air Force) 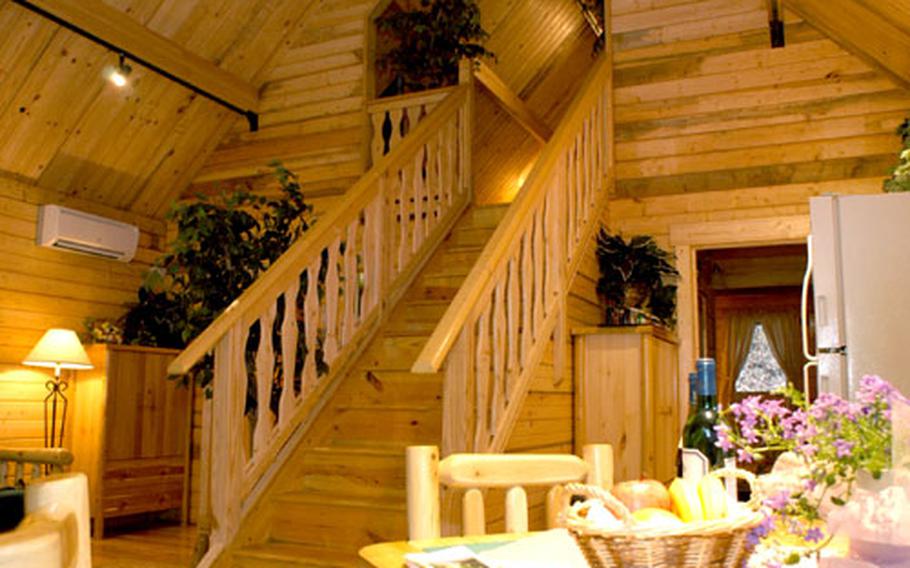 Inside one of the cabins at Tama Hills. (Courtesy of U.S. Air Force)

After years of waiting, the Tama Hills recreation area finally has some new cabins in the woods.

In 2003, Tama&#8217;s 20-year-old simple, prefabricated cabins were torn down and the land readied for the construction of a series of new wooden cabins. But after ordering special wood structures from the States and finding a construction company to build the cabins, the 374th Services Division found the total project exceeded allowances for nonappropriated fund projects at the time &#8212; $500,000.

The project was put on hold and the cabins stored away.

It took two years for the Air Force to increase the funding allowance to $750,000 so the cabins could be built. But by that time, several of the pieces had rotted away, said Bill Thomas, business operations flight chief for the 374th Services Division at Yokota, which owns Tama Hills.

Once the project limit was raised, officials ordered the replacement parts and the project went on to completion, coming in at a little under $730,000 total, he said.

The cabins, Thomas adds, are worth the wait.

Two deluxe, 800-square-foot, two-bedroom cabins opened recently and feature a loft, dining and kitchen areas and a deck with a whirlpool tub, swing set out back and the use of a six-person golf cart.

Seven regular cabins are 400 square feet, with one bedroom, a kitchen and dining area and small loft. All the cabins have barbecue grills.

After the first standard cabin opens Friday, two others will be opened every Friday through the end of April.

They have cable TV and DVD players, and the deluxe cabins feature PlayStation II consoles. Videos, games and DVDs can be rented at the lodge.

The kitchenettes allow visitors to be self- sufficient.

The cost is $85 a day for the deluxe cabins and $54 for the regular ones. More than one family or group can share a cabin.

In addition to the cabins, Tama has a 15-room lodge for visitors. The recreation complex, about 45 minutes from Yokota Air Base, includes hundreds of acres of woods, with a golf course, paintball facility, horseback riding, softball, mini-golf and nature trails.

This summer, the area will get another boost with the addition of a pool complex featuring a swimming pool and wading pool for children, Thomas said.