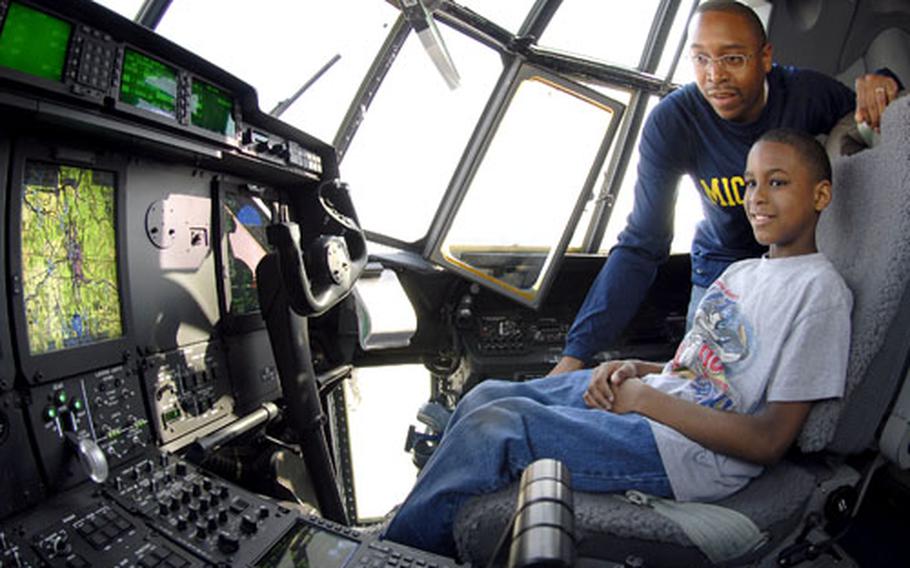 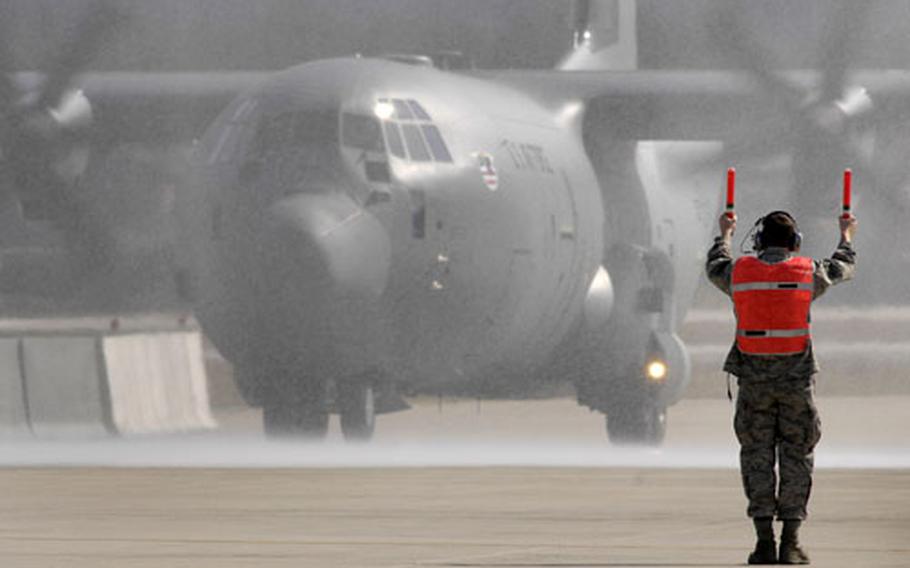 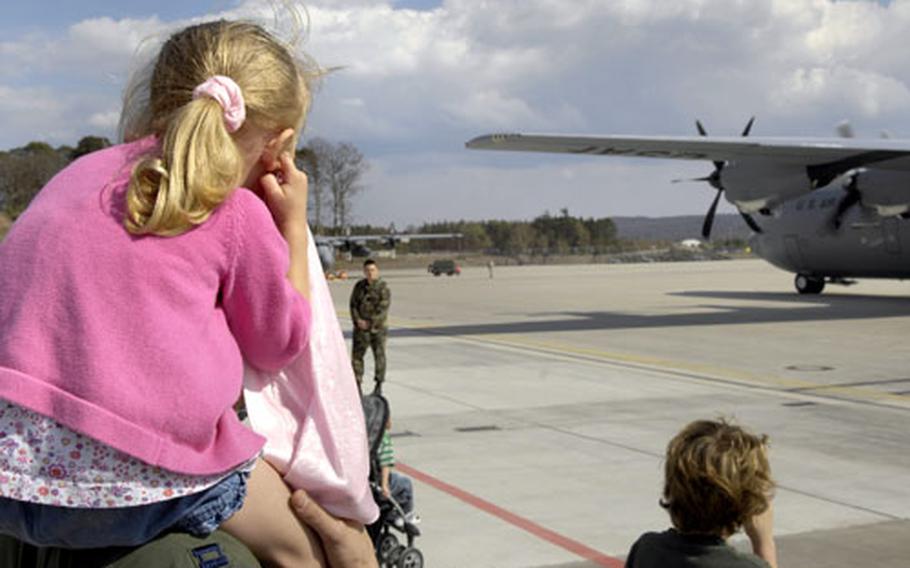 Hallie Kinion, 3, on the shoulders of her dad, Capt. Troy Kinion, plugs her ears as the new C-130 J model pulls into its parking space Tuesday at Ramstein Air Base&#39;s flight line. Kinion, an officer assigned to the 86th Aeromedical Evacuation Squadron, said that the new plane will be the primary aircraft used for the unit&#39;s medical mission. (Ben Bloker / S&S)

Hundreds of spectators squinted and shaded their eyes while photographers scrambled for the best shot.

The attraction was a Ramstein-owned C-130 Hercules aircraft that wasn&#8217;t decades old.

Ramstein expects 13 more J-models from Lockheed Martin over the next year, according to Lt. Col. Craig Williams, 37th Airlift Squadron director of operations. The base will phase out its fleet of 16 C-130E Hercules, he said.

Williams rode in the cockpit with Brady on Tuesday from Spangdahlem Air Base, the last leg of the C-130J&#8217;s journey from Marietta, Ga., where the planes are being produced.

Those familiar with the J-model say it can fly faster, higher and farther than its predecessor, and Williams said that performance edge was immediately evident.

Overshadowed, but not forgotten, was the elderly C-130E, parked on the flight line with its nose facing that of the J-model.

With the high-tech capabilities of the J-model, C-130 flight engineers and navigators are no longer part of the crew configuration.

The different makeup in the cockpit is one of the most dramatic changes C-130 pilots at Ramstein will face as they transition to the J-model, said Capt. Sarah Santoro, 31, a C-130 pilot with the 37th Airlift Squadron.

"On that dark and stormy night &#8230; when Murphy&#8217;s Law strikes once again, it will be interesting to see how" those dynamics play out, she said.

Santoro, who&#8217;s been flying the Hercules for just over six years, wonders if the new plane will be as rugged and durable as the venerable E-model.

"You could fly with half the things not working," she said.

The J-model will go on its first training flight Thursday, Williams said. But months of training lie ahead for the squadron before aircrews take the plane on a real-world mission.

"I can&#8217;t wait to take the airplane out on the road, stretch her legs out and see what she can do," Santoro said.