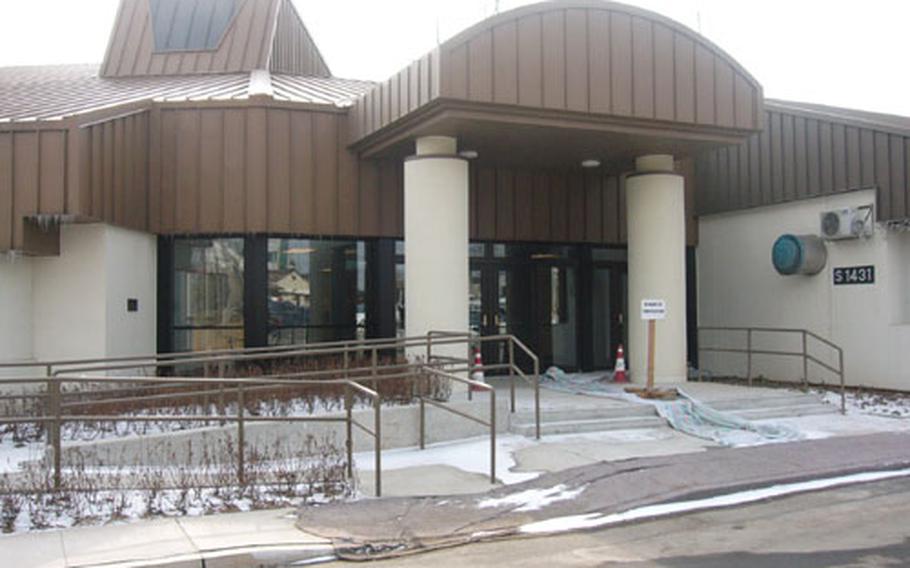 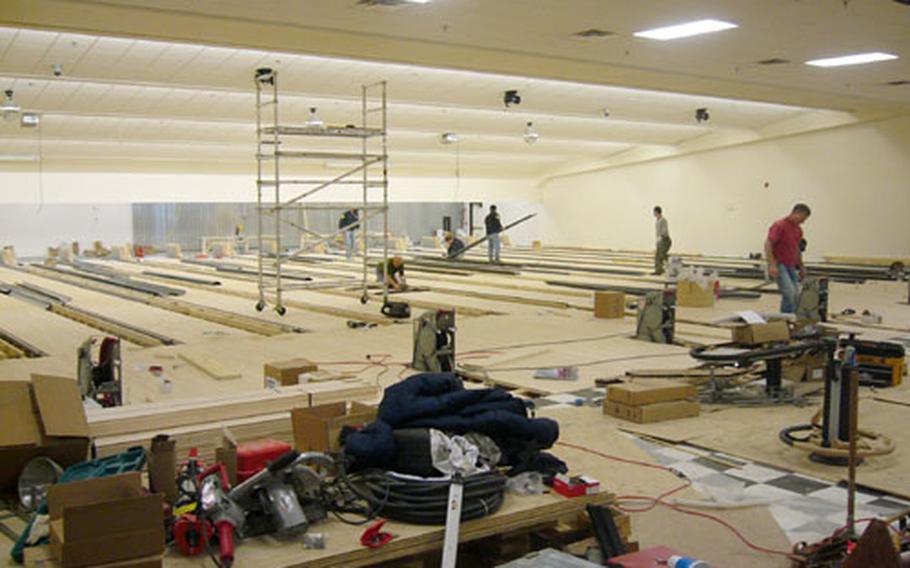 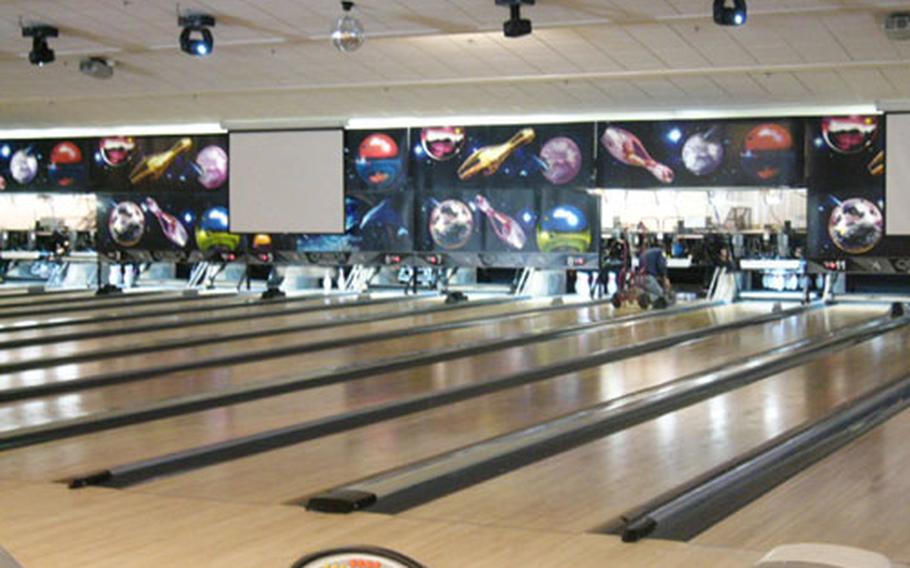 The shiny interior of the new bowling alley at Camp Humphreys. The base had been without a bowling alley for more than a year because its old facility was closed for conversion to an elementary school. (Courtesy of U.S. Army)

OSAN AIR BASE, South Korea &#8212; After enduring more than a year without its old bowling alley, the big U.S. Army helicopter base at Camp Humphreys opened a brand new one Friday with 16 lanes and &#8220;state of the art&#8221; equipment.

The $3.2 million alley, called the Strike Zone, replaces the 12-lane bowling alley that closed early last year and was converted into the Camp Humphreys Elementary School, which covers grades K-6.

The center has its own &#8220;mini-snack bar,&#8221; said Mooney, serving hot dogs, nachos and beer, but a wider menu is offered at the Nitewatch Club, a restaurant-lounge connected to the new bowling alley by a doorway and corridor. &#8220;The majority of the food service is by the Nitewatch,&#8221; he said.

Also available is a private party room and a full-service pro shop selling bowling balls, bags, shoes and other bowling accessories. Other amenities include a &#8220;smokers only&#8221; lounge.

The new center is about 100 yards inside the base&#8217;s &#8220;walk through&#8221; gate and close to the Nitewatch Club, Augusta West miniature golf course and the golf driving range.

Although Friday was the official opening, base officials opened the lanes to some bowling last month.

The Poong Chang Construction Company built the center under contract with the U.S. Army Corps of Engineers.

Planning is underway for tournaments and an intramural bowling league. In addition, recruiting has begun for summer bowling leagues that would meet Wednesdays and Fridays. Private bowling lessons will be offered, as will &#8220;learn to bowl&#8221; clinics and league play for the novice and casual bowler, officials said.