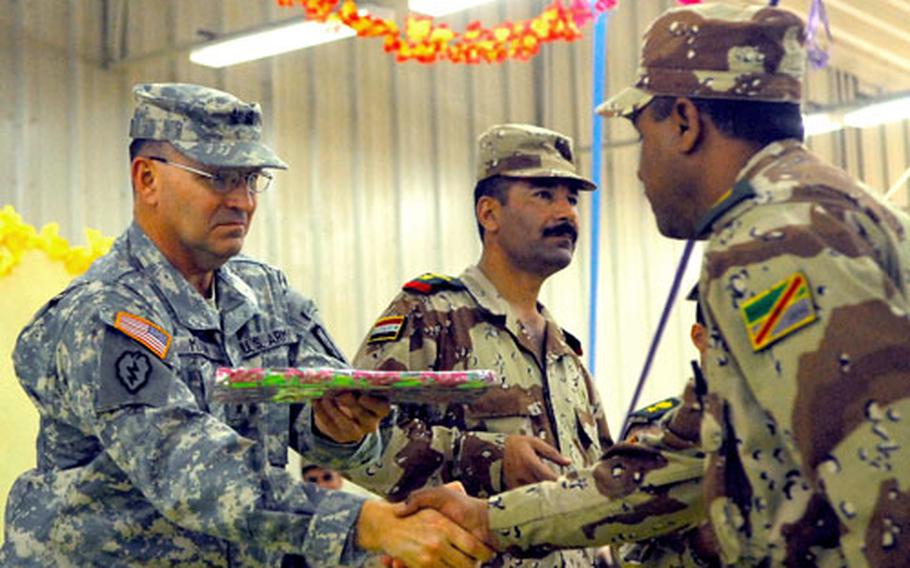 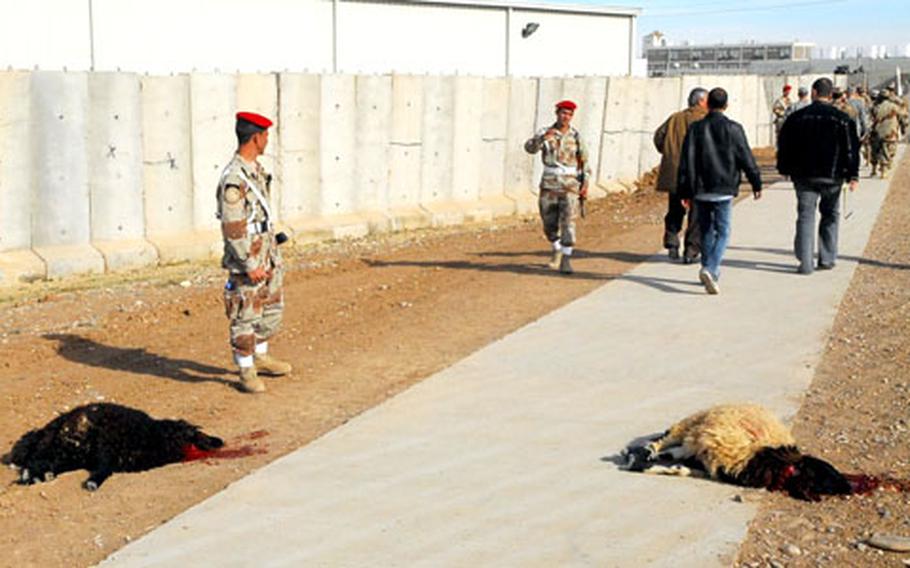 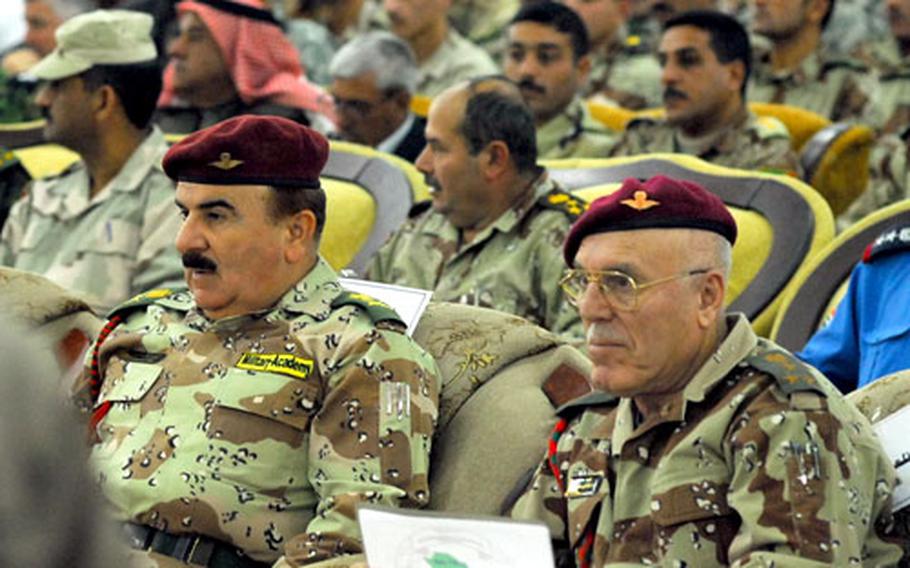 AL KASIK MILITARY TRAINING BASE, Iraq &#8212; The balloons, the gift-wrapped presents and the two slaughtered sheep outside the vast dining hall marked the day&#8217;s ceremony as a festive occasion.

Yet even as Iraqi soldiers prepared to cheer their newfound operational authority in Iraq&#8217;s lush northwest, their commander warned them that the celebration may be fleeting.

While soldiers in the three brigades that comprise the 3rd Iraqi Army Division are inheriting one of the country&#8217;s calmer territories, the character of the war is rapidly changing as more and more Iraqi army units fall under the direction of their own government.

The 3rd Iraqi Army Division is one of two units in northern Iraq that direct their own operations and activities, and two more should be operating on their own by February, according to Maj. Gen. Benjamin R. Mixon, commander of the 25th Infantry Divison&#8217;s Task Force Lightning.

Before attending a formal transfer of authority ceremony at this Iraqi military academy in the hills of northern Iraq, Mixon said he fully expected that foreign fighters and local militants would begin testing the newly empowered Iraqi units, just as they test new U.S. units who replace redeploying units.

Already, insurgents appeared to be moving away from their gun-and-run tactics of old in favor of larger, more coordinated attacks involving sustained gun battles.

One recent example, he said, was a coordinated attack last month on Iraqi army and police positions in Mosul.

Dozens of militants were involved in the attack and by the time it was successfully crushed, 70 of the attackers had been taken prisoner.

Mixon said Iraqi units acquitted themselves quite well in the episode, and quickly generated intelligence that allowed them to apprehend the gunmen.

In the coming months, Mixon said he plans to take roughly 2,000 to 2,500 of his own troops and place them with Iraqi security forces to help train them and hone their fighting skills.

These troops, he said, would be fighting alongside the Iraqis.

He said he preferred using Task Force Lightning troops for this task instead of advisers now being trained at U.S. bases because his troops already have gained combat experience in their three months in Iraq, or previous deployments.

Since a large part of that territory borders Syria and Iran, Mixon said he also was in the process of beefing up Iraqi and U.S. border protection and interdiction forces, as these desolate border areas are being used to smuggle weapons, fighters and cash into Iraq and into the hands of insurgents.

He said he has interviewed several captured foreign fighters who were lured here by al-Qaida in Iraq.

The foreign fighters, he said, were coming from Saudi Arabia, Egypt and North Africa, and were likely recruited in mosques in those nations.

While coalition forces seek to step up the transfer of authority to Iraqi troops throughout Iraq, the general said the process would be a long one.

&#8220;There seems to be this idea back home that we&#8217;ll meet this magic threshold at some point, and once that happens everything will be calm and quiet,&#8221; Mixon said.